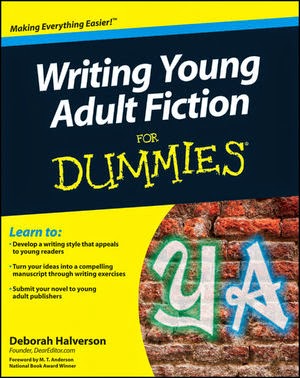 When Cynthia graciously invited me to write a guest post for her blog, she asked if there was a particular writing craft item on my mind. Indeed, there is. And its color is blue.

Blue screen, that is. The kind they use in movie making when they film actors against a blank blue screen and then Cg in the background.

During a blue-screen shoot, the cameras capture the characters delivering their dialogue and action, but they don’t capture the setting. There is none. It’s just blue nothingness.

The scene doesn’t come fully alive until the special effects people go in and add the setting. I’ve been thinking a lot lately about something I call “bluescreening” in young adult manuscripts.

I’ve been editing teen/tween manuscripts for more than fifteen years, acting as a bridge between writers and their readers, doing my best to ensure that the story the writer wants to tell is the story that reaches her readers.

In the last few years, I’ve noticed an increasing dearth of setting in the manuscripts crossing my desk. Writers are focusing on voice and plot and character arcs, and on fresh, marketable hooks—and rightly so, as these are all integral storytelling elements.

But our poor little friend, Setting . . . she’s barely there. Such a powerful storytelling tool, yet so overlooked of late. Why? What’s happened? Where did setting go? 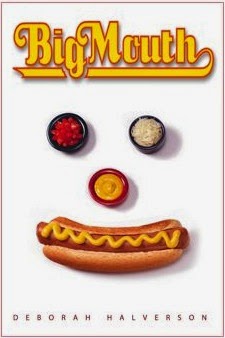 These days writers are working their tails off to satisfy the increasingly strong call for action and faster-paced plots, with an accompanying call for characters who can shoulder that.

In the process, setting—the quiet workhorse of stories—is being short-changed. The characters are dropped in a location—a room, a park, wherever—and then it’s “Onward, ho!” to the action and the dialogue.

Too often, I feel like I’m watching a movie for which the special affects crew has forgotten to generate the background, leaving the characters walking and talking in front of that vast blue nothingness.

That’d be a pretty big boo-boo in a feature film, wouldn’t it? So, too, in a novel.

Think about the YA/middle grade novels we love.

Without setting, we wouldn’t have Beetle’s warm, moiling dung heap sheltering us from the frosty night in Karen Cushman’s Newbery Medal-winning The Midwife’s Apprentice (Clarion, 1995).

We wouldn’t have the terrifying frozen beauty of The North in Philip Pullman’s bestseller The Golden Compass (Knopf, 2006).

We wouldn’t have Kathi Appelt’s National Book Award Finalist The Underneath at all (Atheneum, 2008).

We need setting in our stories. We need the richness that makes up setting, the sensual engagement that can only come from hearing the crunch of frosty grass under the protagonist’s bare feet, or feeling the sudden whispery kiss of a spider’s web dangling from the eaves. We’d just have a girl walking across a lawn and a creepy old house. Where’s the joy in that?

The lovely thing is, lack of setting is an easy boo-boo to fix. And when you bang that nail into place, the overall effect on the manuscript is substantial.

If you write teen/tween novels, take a look at your current work-in-progress. Is it all action and dialogue? Or have you given us enough sensory detail to fill out the space around the characters?

I’m not saying go all Henry James on your audience. Heavens, no! Few can stomach such long-winded descriptions of setting. Certainly not your average teen reader.

Instead of describing or simply naming your setting, show your character interacting with elements of it, manipulating those elements or reacting to them. Give us the sounds and smells and textures and temperatures and sensations that distinguish that particular place by having your character hearing them, smelling them, and feeling them.

Along the way, you will enrich your entire story because:

Imagine one character finding solace in the songs of mockingbirds on a flower-covered (and floral-scented) mountaintop, while his friend hunkers under a freeway overpass and loses himself in the sounds of the traffic, the vibrations of the ground, and the fumes of a world too busy to notice him.

A dingy, mud-caked window screen blocks a character’s view of a fight outside. He faces a choice: ignore the fight, or leave the safety of his house to watch it—or to stop it.

Trip-slipping on the gritty asphalt crumbs of a dilapidated road blurred by heat waves…. Tromping through biting snowdrifts…. Both can put foul words into the mouths of saints!

Compare the discomfort of feeling the flesh of strangers’ arms, shoulders, even cheeks, as a character shoves through a busy train station with the caress of a cool breeze on the character’s cheek as he wiggles his toes into the powdery sand of an empty beach.

Catholic school vs. public school, anyone? Oh, the sensory details that distinguish each of those settings.

Above all, characters need a sense of place to know how to behave. Don’t just give them somewhere to be; show how that particular place influences their mood and actions. You chose that setting for a reason, mine it so that readers can feel that sense of place for themselves.

For your audience, a rich setting is the difference between watching characters and being there with them. For you, it means more meaningful and satisfying scenes. Improving your use of setting is a win-win deal—and that’s certainly nothing to feel blue about.

This post was originally published in June 2010. Past posts will be
sprinkled into the schedule for the duration of Cyn’s revision deadline.

Deborah Halverson is the award-winning author of the teen novels Honk If You Hate Me (2007) and Big Mouth (2008)(both Delacorte/Random House) as well as Writing Young Adult Fiction for Dummies (Wiley), Letters to Santa (available via the USPS) and Cyber World, Meltdown and Robotic World (Rubicon’s REMIX series).

She edited picture books and teen novels for Harcourt Books for ten years before leaving to write books full-time.

Deborah lives with her husband and triplet sons in San Diego, California, where she also runs her writers’ advice website Dear-Editor.com and freelance edits fiction and nonfiction for both published authors and writers seeking their first book deals.

One Reply to “Guest Post: Author-Editor Deborah Halverson on Setting, Wherefore Art Thou?”