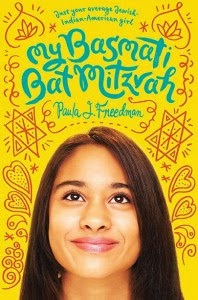 Beyond Bollywood: South Asian American Middle Grade Fiction from From the Mixed-Up Files of Middle Grade Authors. Peek: “Our stories are funny, tragic, brave, silly, and, most importantly, varied.” See also Diversity in YALSA’s Best Fiction for Young Adults by Malinda Lo from Diversity in YA.

A Valentine from the Teacher by Louise Hawes from Write at Your Own Risk. Peek: “Thank you for your grace under
fire, your courage, your resilience, your can do/won’t surrender attitude; for teaching me so much about starting over unafraid.”

First Line of Defense: Cancelled Contracts, Multiple Submissions & No Deal by agent Brandi Bowles from Writer Unboxed. Peek: “The truth is, outside of career guidance, editorial work, writing advice, matchmaking, and selling, agents are the only people that can protect you when the publishing process goes awry. And it happens more than you might think.” See also Songs on Surviving the Midlist by Gretchen McNeil from Jan O’Hara and Plan B. or What to Do When Things Go Wrong by Allison Winn Scotch from Writer Unboxed.

Using Emotional Discharge to Power Up Your Story by M.J. Bush from Writers Helping Writers. Peek: “What happens if we don’t give our characters time to recover after a high-tension scene? They take out the fear or anger on the next person who makes the slightest mistake.”

Three Reasons Most Writers Give Up & Three Reasons Why You Shouldn’t from Angela Scott. Peek: “If I don’t go for it, and push fear aside, then I will never know if I could have reached my dream. You won’t either.” Source: Lee Wind at the Official SCBWI Blog. 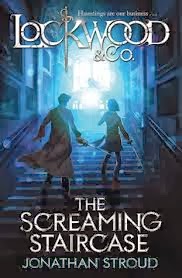 Truth is Not Dot-to-Dot by Cynthia Levinson from The Writing Barn. Peek: “…it struck me that ten-year-old readers would not want to feel as if they were stuck inside a city council chamber, listening to middle-aged white guys bicker about municipal politics.”

Anatomy of Nonfiction Writing True Stories for Children by Margery Facklam and Peggy Thomas: a recommendation by Harold Underdown from The Purple Crayon. Peek: “…the chapter on interviewing is worth the price of the book by itself.”  See more information.

The Space Between Discipline and Freedom from Marion Dane Bauer. Peek: “…discipline is the gift that lies at the center of every writer’s success. It provides the platform beneath our feet, the place to stand while we catch hold of inspiration.”

Putting Pieces of Your Real Life Into Your Fiction by Ilsa J. Bick from Adventures in YA Publishing. Peek: “…I began to wonder—and this is the shrinkly self-conscious part of me coming out—what might happen if you put too much of your real life into a book? What would happen to the characters?” 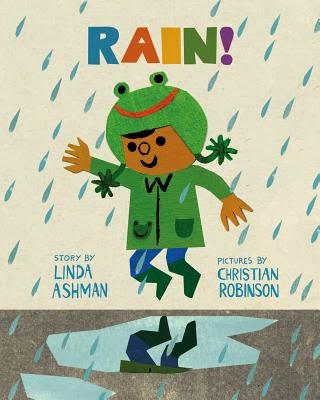 An Interview with Yoshio Kobayashi of Shueisha English Edition by Wendy Uchimura from SCBWI Japan Translation Group. Peek: “We check it with the original text in Japanese and point out to the translator errors and misunderstandings. Then our American editor will revise it as a reader-friendly text. But we don’t stop there.”

Hiring an Editor by Andrew Karre from Carolrhoda Lab. Peek: “Allow me to say this plainly: When an author chooses, hires, and pays an editor, the author is creating incentives that are meaningfully different than the ones present in a ‘traditional’ publishing deal.”

Writer vs. Author Smackdown by Rachel M. Wilson from Quirk and Quill. Peek: “The writer in me wants to tackle the author and shut her in a dark room free of distractions till she passes out from lack of Twitter.”

Enter to win signed copies of Nightingale’s Nest and The Sinister Sweetness of Splendid Academy by Nikki Loftin (Razorbill) from The Book Cellar.

See 10 African American Authors to Know from Diversity in YA.

In response to multiple queries about crafting Native American characters, I put together Writing, Tonto and The Wise-Cracking Minority Sidekick Who Is First to Die. Fair warning: it’s long, and probably best suited to the MFA crowd. But those struggling with writing diversity may find it food for thought. See On Diversity and Story by Sangu Mandanna from Author All Sorts and The Good and Bad of Writing Advice by Brian Yansky from Brian’s Blog: Writer Talk.

Don’t miss The Page 69 Test: Feral Curse. Peek: “If I were making a movie trailer, I don’t know that this is one of the scenes I’d highlight, but it does offer a sense of how, from a contemporary teen perspective, fantasy and reality collide.”

Regular Cynsations readers know that Feral Curse is newly available in hardcover and on audio, and Feral Nights is now available not only in hardcover but also in paperback and on audio. In addition, both are available as e-books. Candlewick Press e-books are available through Amazon, Apple, Barnes & Noble and the Sony Reader Store. They’re also carried in many libraries via OverDrive and in many independent bookstores via the American Bookseller Association and Kobo.

Congratulations to fellow Texas author Diana Lopez, whose novel Choke (Scholastic), is being made into a Lifetime Telefilm, “The Choking Game,” starring Freya Tingley & Peri Gilpin.

Congratulations to former (and hopefully returning) Austinite Lisa Kay Parker for being chosen as one of 12 novelists from more than 300
applicants “to take part in Novel Fair 2014, an annual event taking place on February 22nd and organised by the Irish Writers’ Centre.”

Tantalize-Feral series fans know I’m a foodie (restaurant settings FTW!). I had the pleasure of visiting Crave twice last weekend. For me, the hook was sushi + American. The ambiance is terrific — upscale but accessible — and I love the design trend of pattern through shadow.

For Valentine’s Day dinner, I had sashimi and pulled chicken and avocado egg rolls as appetizers, followed by filet mignon for dinner and miniature blueberry cheesecake for dessert.

I returned Sunday for the reasonably priced brunch and liked it just as well. It’s a chain–also located in Minnesota, Florida, Nebraska and Ohio–but you’d never know it from the personal service. 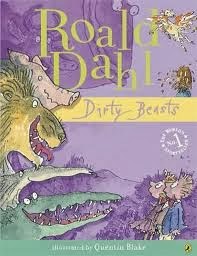