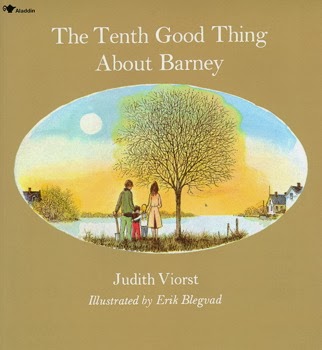 Obituary: Erik Blegvad from Publishers Weekly. Peek: “Acclaimed illustrator Erik Blegvad, whose artwork appeared in more than 100 children’s books, several of them by his wife, Lenore Blegvad (1926-2008), died on January 14 at the age of 90. Born in Copenhagen in 1923, Blegvad worked as an artist or illustrator from the earliest days of his career, in his hometown as well as in London and Paris.”

Children’s Illustrator Erik Blegvad Dies from Contact Music: “Blegvad studied at the Copenhagen School of Arts and Crafts and worked as a commercial illustrator in Paris, France before he moved to the U.S. in 1950 and began contributing to American magazines.”

Children’s book artist Erik Blegvad dies at 90 by Gregory Katz from U-T San Diego. Peek: “Among his best known works are the illustrations for ‘Bed-Knob and Broomstick,’ ‘The Tenth Good Thing About Barney’ and his own translation of Hans Christian Andersen’s ‘Stories and Fairy Tales.'”