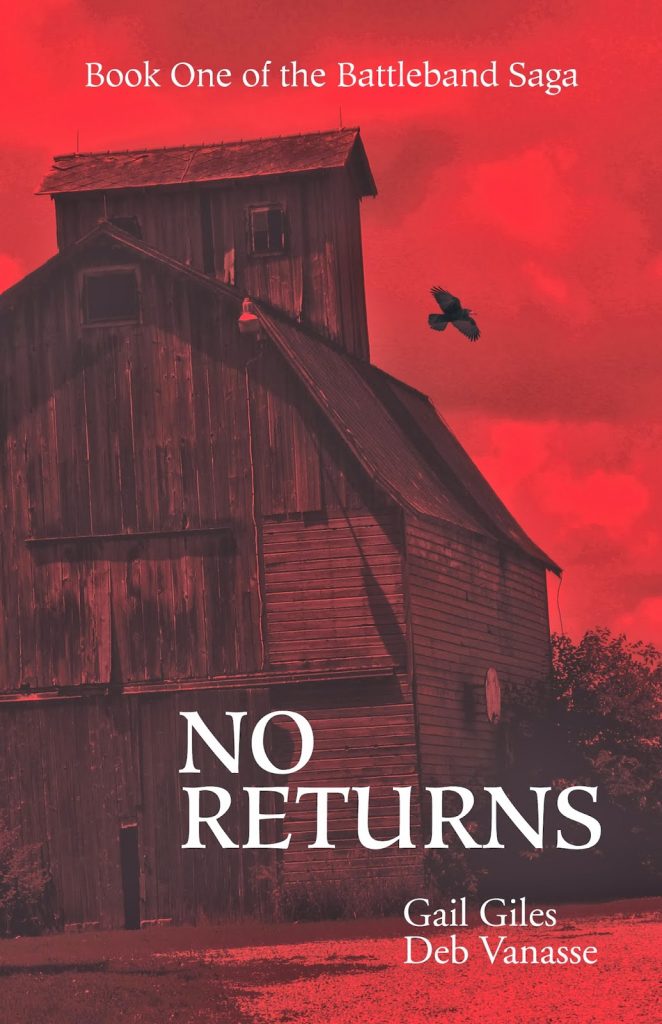 The question is asked: why did we (Deb Vanasse and I) decide to use Faust as the central theme of our book No Returns, the first book of our Battleband series (Running Fox, 2014)?

I had an idea that came from dealing with a student of mine who was repeatedly drawing Satanic symbols on his papers. I asked why. He said he was calling up the Devil.

I asked what he would do if it worked and the Devil was busy or asleep and when he came he was pissed.

I started a book with boys in a band that inadvertently call up the Devil and he is truly irritated with them. It was supposed to be a comedy. I had a little more than a chapter done and I went to vacation at Deb’s place in Cabo.

I asked her to co-author the book with me. She suggested a series.

As we worked, it got a little more serious with the addition of Pod’s mother and her disappearance. Now, it was turning by degrees much more Faustian.

We decided then to go for it. Make it a true Faustian bargain and try to make it our own. We pulled in some history about Faust and the original tale, since some readers might not know the Faust tale. We will be pulling in other old tales and legends throughout the series.

Which all leads to working with a co-author. How does that work? Is it easy? Do you fight? Who gets final approval?

We got a couple of chapters roughed out that way and lots of notes and about how the book would run.

We changed the direction of the book from out and out comedy to something a little more serious with comedic overtones. We fleshed out characters and how we wanted them to develop over the book and gave some thought to how they would develop over the series.

It wasn’t hard for us. No fighting at all. Agreement when we reached what we both thought was approval. Nobody took a diva role.

Now we do less phone work and write a chapter or so and put it in Dropbox and the other person revises and then it just goes back and forth until we think it’s right. Or right enough to go forward until we edit again.

The only hard thing is for Deb to keep me working.

Deb Vanasse is the author of more than a dozen books for readers of all ages. Her debut novel, A Distant Enemy (Dutton), was a Junior Library Guild selection and is featured in Best Books for Young Readers, as was Out of the Wilderness (Clarion). See also The Self-Made Writer.

2 Replies to “Guest Post: Gail Giles on Writing with a Co-Author & Why Faust?”