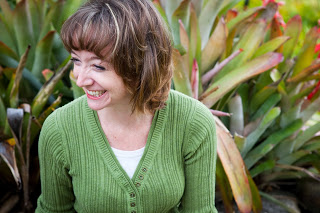 Quick, name a favorite literary or movie character. Now, what is it about him/her that’s so appealing?

In all likelihood, the reason you love that character is because he or she embodies a trait that you value: Atticus Finch’s bravery, George Bailey’s selflessness, James Bond’s charisma.

It’s not surprising that these icons landed in the top ten of AFI’s Top 100 Heroes and Villains list. While flaws play a part in eliciting reader empathy, it is a character’s ability to overcome his weakness that inspires the audience.

And what enables the hero to win the day? Usually, it’s his positive attributes—his persistence, confidence, responsibility, or ambition—that allow him to succeed. This is why it’s crucial that we pick the right attributes for our characters.

But how do you know which ones are a good fit for your hero? Fully-realized characters, like real people, aren’t formed out of the air. They’re a result of many different elements that come together to make the character who he is in the current story.

When determining which attributes your character will embrace, consider the following influencers:

Genetics: Since this one is simple, we’ll get it out of the way first. Some traits, like intelligence, talent, and creativity, are simply handed-down through DNA. Having a character share a trait with his mother, grandfather, or even a distant uncle can add believability to his embodiment of that trait.

Upbringing and Caregivers: Everything about your character’s first role models will influence him, from their personal values to the way they spoke to him to the amount and quality of time they spent with him.

If his relationship with his caregivers was positive, he may adopt their attributes as his own as a way of showing respect. If the relationship wasn’t great, he may shun the qualities that they espoused so as to create distance. Family dynamics play a huge role in forming personality; this should definitely be taken into consideration when choosing positive attributes for your hero.

Negative Experiences: While these wounding events from the past are most often associated with the formation of flaws, positive attributes can develop from them, too. The victim of a vicious attack may become cautious and alert because of it. The boy whose father never kept his word may grow up to value honesty. The oldest child of a neglectful parent may learn, by necessity, to embrace maturity and resourcefulness.

Without a doubt, flaws do tend to form when we experience these traumatizing events, but positives can come out of them, too. Keep that in mind when mining your character’s backstory for potential strengths.

Physical Environment: A character who grew up in the mountains is going to have a different perspective than someone who was raised in the big city. Americans tend to value things that Parisians or Brazilians or even Canadians don’t. Physical environments are formative—the ones from the past, and even the place where your character lives now. A southern belle who moves to downtown Chicago is likely going to experience some personality shifts during her transition.

Your character’s environment will subtly influence the kind of person that she becomes; choose her living places deliberately so her attributes will make sense to readers.

Peers: At certain points in life, your character’s peers will become her biggest influencers. Through her desire to please them and be accepted, she may adopt some of their values for her own. Sometimes, she may become like them out of a genuine respect for their beliefs and a desire to embrace them for herself.

Like caregivers, past and present peers can greatly impact who your character becomes, so take them into consideration.

Values and Ethics: This one is a biggie, because, in my opinion, it overrides all of the other factors.

The bottom line: your character will adopt or reject attributes based on what he or she believes. Does she place a high value on her reputation and what others think? Then she will likely espouse propriety and discretion while rejecting uninhibitedness. Your character’s morals and personal beliefs will play a powerful role in the formation of her strengths. If you want her to make sense to readers, make sure that her values, ethics, and positive attributes line up.

Every character needs some strong positive qualities so she’ll be capable of reaching her goals and drawing in readers. While the easiest method would be to pick and choose random attributes, doing so will result in a character that lacks authenticity.

To avoid this, explore your hero’s backstory. Dig into these developmental factors to learn as much about them and their effect on your hero as possible. With this kind of information, you’ll be able to create a realistic and well-rounded protagonist armed with the qualities she needs to succeed.

And who knows? Maybe she’ll end up on somebody’s Top 10 List someday. 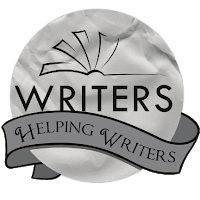 A member of SCBWI, she leads workshops at regional conferences, teaches webinars through WANA International, and can be found online at her Writers Helping Writers website.

7 Replies to “Guest Post & Giveaway: Becca Puglisi on Where Do Character Strengths Come From?”