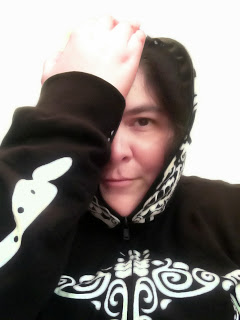 I’ve spent several months on an unconventional book tour for my latest YA, Fat Angie (Candlewick, 2013)–workshopping with at-risk youth who have affectionately tagged me as the tattooed, rockstar, Wexican (whitest Mexican American) YA author/filmmaker.

This whirlwind tour, where I stuffed my belongings into storage and traveled by rental car, bus, train, and plane across America to empower at-risk youth through writing all at no cost to the youth programs I’ve visited, has been featured on MTV, in Kirkus Reviews and Publishers Weekly.

Unfortunately, I’m not independently wealthy. Had it not been for a tiny Kickstarter and the generosity of friends and strangers, the tour would never have come into fruition. So why do it?

Frustrated with the teen suicides and rise of kids on the fringe cutting on their skin instead of picking up a pen, I decided to embrace the niche audience for Fat Angie. I took this book, seam-busting with issues (bullying, self-harm, family, self-loathing, war, sexuality) and made it a platform for activism.

Armed with a few starred reviews, a high-quality book trailer, and a dream to inspire those who are often counted out, I changed the trajectory of Fat Angie and honestly, my own life.

Of course, not everyone can trade in life’s luxuries to live out of a carry-on and a backpack while criss-crossing the country in a rental car. I just got lucky that way.

But now that I’m three books and seven thousand miles in, I’ll share a few of the promotional secrets I’ve picked up along the way. Let my crazy Wexican book-tour experience help rock the promotion of your book. 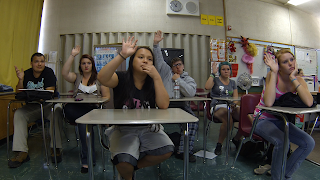 The obvious answer is sell. But what do you really want the book to do? Spark conversation? Change lives? Win awards? I realized Fat Angie was an opportunity to talk tough issues and impact at-risk youth through outreach.

Whatever you decide, this is something to consider months before the release of your book.

When you know what you want your book to do, it will be easier to figure out how to maximize things like social media presence, signings, kinds of school visits, and other appearances.

Your cover art is great for stick-on tattoos and post cards, but you’ll also need an electronic PR Kit with: Synopsis, Bio, Review Sound Bites, Photos, and your School Visit Package. If you are not savvy on the art of design, find a talented graphic design student who is building their portfolio. Also, bookmarks are out. Book trailers and author interviews are in!

Important: Thirty seconds of quality sound and image have much more value than a minute and a half of crackling sound and Ken Burns effects. See the Fat Angie book trailer for an example of how you can make a $60,000 trailer for just a few hundred dollars.

Be comfortable talking about your book in public.
This doesn’t mean bend every ear at your partner’s/husband’s/wife’s
Christmas party about your book. The idea is to get people interested,
not annoyed, to create a dialogue about what inspired you to write the
novel — what excites you about it. You never know where that
conversation can lead.

While on my tour this summer, waiting at Boston’s
Logan Airport, bookseller Ellen Garfield asked about a book storeT -shirt I was wearing, which led to a conversation about Fat Angie.

By
the end of the day, Ellen ordered copies of the book for her airport
store. Since then, it has been faced-out and sold out three times over.
My interaction with this bookseller reminded me not to be afraid of
talking about my book. It’s sharing
something you love. 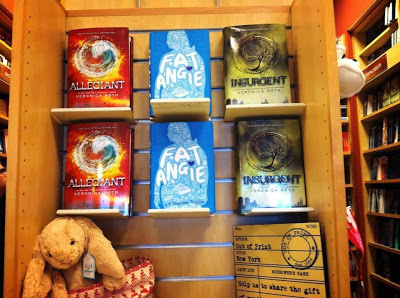 4. Who You Should Know

Independent booksellers and librarians can extend the lifespan of your book. These literacy titans know their community and educators.

Again, through social media, I connected with Ugly Dog Books and The Odyssey Bookshop in Massachusetts. We strategized on how to maximize my signing/discussion with the at-risk work I was doing. Both stores connected me with at-risk youth in their community to engage in creative workshop, which was the focal point of my tour. Later, they held book signings in their stores, which wouldn’t have happened if I hadn’t approached them about help with community-building.

My suggestion: months before your book releases, find the independent booksellers you want to approach. Have your PR materials ready and reach out to them. Anytime you can generate a bigger event other than a signing, you are embracing the community and getting people excited about your book. 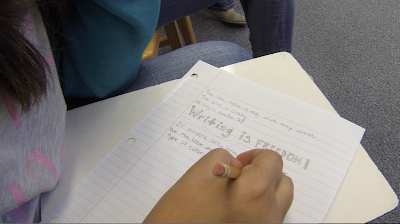 Your agent, your best friend, your whoever-is-important is going to ask you, “When is your next book?” You gotta get that noise out of your head on the quick. Nothing destroys a stellar story quicker than the expectations of others.

While promoting your new book, continue listening to the world around you. Take time to connect with your creativity by jotting down ideas in a notebook, iPad or voice recorder. Promoting your book is necessary but so is your craft. So rock the word! 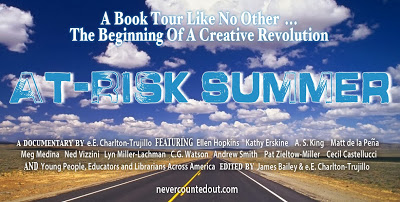 e.E. Charlton-Trujillo won the prestigious Delacorte Dell Yearling Award and Parents’ Choice Silver Honor for Prizefighter en Mi Casa. Feels Like Home received critical praise, but it was Fat Angie that generated early buzz from Wicked author Gregory Maguire who compared it to Wally Lamb’s She’s Come Undone. The book tour inspired Charlton-Trujillo to launch the organization Never Counted Out, which bridges the gap between artists and at-risk youth in their community. The feature documentary about the tour titled “At-Risk Summer” is slated for a May 2014 release.

4 Replies to “Guest Post: e.E. Charlton-Trujillo on Your Book, Your Niche from the Trench”