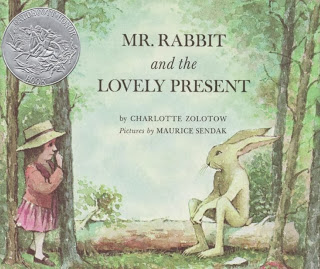 Charlotte Zolotow, Author of Books on Children’s Real Issues, Dies at 98 by Margalit Fox from The New York Times. Peek: “Ms. Zolotow’s own picture books — she wrote more than 70 — were cleareyed explorations of the interior landscape of childhood by one who had obviously not forgotten what it felt like to dwell there.”

Children’s Author and Editor Charlotte Zolotow Dies at 98 by Shannon Maughan from Publishers Weekly. Peek: “During her tenure as an editor, Zolotow worked with such noted authors as Patricia MacLachlan, Francesca Lia Block, Paul Fleischman, Paul Zindel, M.E. Kerr, and John Steptoe. She was honored in 1998 when the Cooperative Children’s Book Center at the University of Wisconsin-Madison established the Charlotte Zolotow Award, an annual prize for the best picture book text published in the U.S.”

Charlotte Zolotow, Author of Ethereal Children’s Picture Books, Dies by Annalisa Quinn from NPR. Peek: “She once wrote: ‘We are all the same, except that adults have found ways to buffer themselves against the full-blown intensity of a child’s emotions.'”

R.I.P Charlotte Zolotow by Roger Sutton from The Horn Book. Peek: “I had eviscerated a YA novel by her daughter Crescent Dragonwagon in an SLJ column, and Harper’s Bill Morris tracked me down and told me that Charlotte wanted to talk to me. In her hotel suite. Right now, if possible.”

One Reply to “In Memory: Charlotte Zolotow”