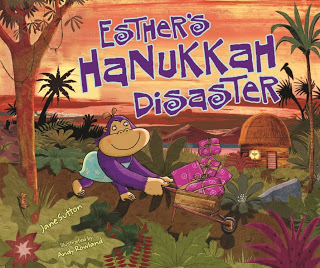 In my books for children, I like to entertain and then…sneak in a message.

My dualistic humorous/serious tendencies go way back. I was a social, jocular kid…but privately, I worried about weighty issues like death and whether anyone could really understand how someone else felt.

I was a conscientious student, who made the National Honor Society in my junior year, but pretended to sing into the Candle of Knowledge/microphone during the induction assembly.

As a senior, I was elected Class Comedienne, and in college, elected Phi Beta Kappa.

See what I mean about that dual combo?

But…as an author at a cocktail party, trying to curb her narcissism, said, “Enough about me…Let’s talk about my books…”


And Now, a Word For the Message

Through humorous characters and plots, I try to convey serious messages with stealth.

I work really hard not to hit readers over their heads with lessons. Heavy-handed messages make for snooze-worthy reading, plus readers get messages more readily when they figure them out themselves.

Empathy is #1 on the list in my head for what I want to encourage in children. If people put themselves in others’ shoes, we’d have fewer wars. We would be less apt to distrust people who look, act or think differently than we do. Lawmakers wouldn’t cut funds for hungry people. There would be less road rage. And no one would cut in line at the bakery.

But How to Get the Message Across?

I was working on my latest picture book, about Hanukkah. Besides explaining the meaning of the holiday and displaying its joyful traditions, my self-appointed task was to sneak in a message about the importance of empathy…without being didactic.

“I’ve got it!” I thought. “I’ll write about a gorilla who buys hilariously inappropriate gifts!”

What to Say/What Not to Say

In Esther’s Hanukkah Disaster, illustrated by Andy Rowland (Kar-Ben, 2013), Esther the Gorilla sets out shopping at the last minute. I had fun making her choices silly: a jogging suit for a turtle, a jungle gym kit for a hyena, an elephant joke book for an elephant, and giant socks for a small monkey. 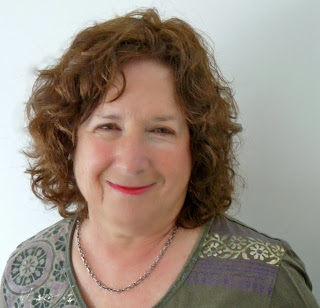 Esther buys each gift because she likes it (elephant joke # 52 makes her fall down laughing; the jogging suit is marked down to $12.99 from $13). The text does not say that Esther hadn’t thought about what her friends would like. Readers can figure that out themselves, especially because the intended recipient of each poorly thought-out gift is revealed gradually.

Similarly, I don’t announce that Esther’s friends are thoughtful in their gift choices. The text and Andy Rowland’s wonderful illustrations show Esther opening exquisitely perfect gifts for a gorilla, e.g., membership in the Coconut of the Month Club. When rueful Esther throws a Hanukkah party, where her friends get to trade for gifts they like, and she is thrilled by the joy she’s generated, I hope readers get the message that it feels really good to be empathetic.

My advice for writers who want to send strong messages is: be furtive. Don’t burst in like a SWAT team with your message. Infiltrate the plot with your message as if you’re an undercover cop.

One Reply to “Guest Post: Jane Sutton on Writing With Stealth”