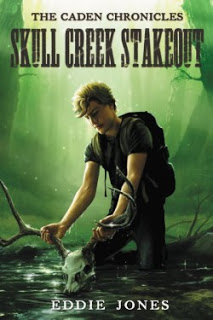 In Skull Creek Stakeout (Zonderkidz, 2013), the story begins when a body is found on a golf course in Transylvania, North Carolina. The victim is discovered with fangs, bite marks on his neck, and a wooden stake driven through his heart. As a reporter for the Cool Ghoul Gazette, Nick’s editor asks him to solve the murder.

Each book in the Caden Chronicles series involves one element of the supernatural. I want teens and their parents to discuss creepy things like ghosts, vampires, and zombies, but to do so from a Biblical perspective. We include study questions in the back of the book and scripture references that highlight dead things in the Bible. 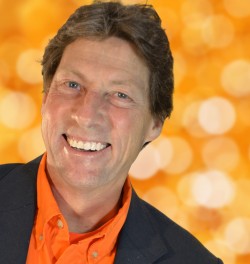 For example, in the Skull Creek Stakeout, I explore the idea of gaining eternal life through drinking blood. Christ introduced this idea in the Upper Room when he said, “Drink my blood, eat my flesh.”

Today we call this communion. We drink grape juice and eat crackers but we are still celebrating the drinking of blood which, if you think about it, is a pretty weird thing to do in church.

But when Christ said that He meant we would have no part of Him unless we surrendered ourselves to Him. And that’s what vampirism is all about – the giving over of ourselves to another individual. Only with vampirism your soul is eternally damned to walk the earth with a craving that can never be satisfied.

So in the Skull Creek Stakeout I show how vampirism has perverted the abundant and eternal life Christ promised 2000 years ago.

Vampirism today is all about romance and sex. It’s about consuming one another. But that is exactly the opposite message of Christ. In Christ, we do not devour another person: we die to our wants and needs so that the other person may live. 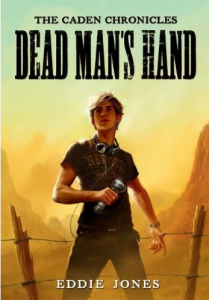 Still there is a Christian principle at work in vampirism and that is our secret desire to be controlled by another. We like to say we are charge and act like we are in control, but deep down I believe every person wants to be cherished and protected and for that to happen they have to risk death. In love, we might call this risking a broken heart. I think that is part of the huge appeal of vampirism.

Throughout Skull Creek Stakeout Nick encounters people who are selfish and ruthless – individuals who have the mind of a vampire. Nick exposes their deeds of darkness but in doing so, he must descend into darkness. This too, alludes to the role of Christ and how He descends into the depths of hell to save those who are lost.

Skull Creek Stakeout is a fun, fast, and sometimes scary read that exposes the darkness to light. For Christians, that is one of our callings.

One Reply to “Guest Post: Eddie Jones on Writing Vampires for the Christian Children’s Book Market”