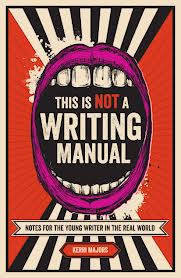 Kerri Majors is the author of This is Not a Writing Manual: Notes for the Young Writer in the Real World (Writer’s Digest, 2013).


Publishers Weekly called TINAWM “Candid, honest advice and reflection from a writer who’s been there,” and Kirkus Reviews described TINAWM as “An upbeat and honest guide for teens already considering writing careers.”


Majors is also the founder and editor of YARN (YAReview.Net), an award-winning literary journal of YA writing, and her short fiction and essays have been featured in publications across the United States. She earned her MFA from Columbia and now lives in Massachusetts with her husband and daughter.

If This is Not a Writing Manual: Notes for the Young Writer in the Real World had been written by someone else and placed in the hands of sixteen-year-old Kerri Majors, what section would mean the most to her?

I suspect Young Kerri would have been most entranced by the chapters on publication, “Published Writing is a Team Effort” and “Getting Published—Big and Small Time.” But that’s because Young Kerri was—for a long time—under the mistaken impression that publication was going to happen fast and solve all her life’s problems.

The good news is that, having read and probably liked those two chapters, Young Kerri probably also would have read the rest of the book and learned a thing or two about how long the writing life really is.

And even if she didn’t believe it would take her that long, ten years later with no publications to her name, she’d go back to the book and read it again, and find the deeper meanings waiting there for her.

Is there anything in TINAWM that would make sixteen-year-old Kerri roll her eyes, and if so, why?

As I just implied, Young Kerri probably would roll her eyes at the idea that it was going to take her that long to publish, because she was full of confidence and optimism.

I was never a glass-is-half-empty kind of person. I actually wrote a blog about that for Polyphony HS this summer. But I think my boundless (and mostly groundless!) optimism also helped me stay a writer for as long as I did—I always believed (believe!) that new and unexpected rewards wait around the corner.

The thing is, I now know that there are many more writing “rewards” than publication.

Did founding YARN and your work there have any influence on your decision to write TINAWM?

Without YARN, there would be no TINAWM. It was only after we won an award from the National Book Foundation that I got to thinking about myself as more than just an aspiring, thwarted fiction writer. I started thinking more about what writing had meant in my life in a bigger sense: I’d been a teacher of writing, an editor, as well as a writer of fiction and non-fiction.

I was also so impressed by the YA writing community, which is full of readers and writers of all ages who really support each other and the teenagers who read but also bravely write in the genre.

Because of YARN, I started to want to talk directly to those young writers, to share with them things that I’d learned about writing in the many years I’d been trying to be a writer—just like them.

You also teach writing workshops and classes. Do you have any advice for young writers on getting the most out of a class or from a teacher/mentor?

Show up. And I mean that in the Jillian Michaels’ boot-camp pro-trainer sense of the word.

For workshops: Show up physically, of course, but also bring your best self to every workshop, because you’ll get back as good as you give.

If you provide thoughtful, well-reasoned comments and suggestions to your peers that respect the work they are trying to do, they will return the favor in kind. (By the same token, if you offer dismissive remarks, expect the same to boomerang back to you.)

For mentors: I would add that the squeaky wheel really does get the oil (and I’m answering this part of the question more as a former professor and editor than as a former student). Don’t be annoying and show up every five minutes at office hours, or email all the time… 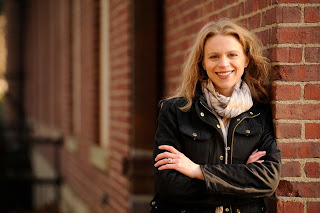 But keeping up with your mentors over time (like an email every year or two that also asks how they are doing), can really help you keep those relationships alive. You never know when someone is going to need an assistant, or have a friend who needs one . . . .Or when they might be working on the editing side of a major magazine or literary journal, needing some talented help.

This relationship can also flip: Two former students of mine are now actually managing my own PR for this book.

Showing up will also help you with mentors in the short term: The students I’ve had who regularly come to office hours and engage me on topics other than their own writing are the ones I remember the most fondly, whose intelligence and worldliness I think the most highly of.

If you could appear on any television show to promote TINAWM, which one would it be, and why?

Oh, “The Oprah Winfrey Show,” 100%! I mention it throughout TINAWM, because it was always my fantasy appearance (I couldn’t believe Jonathan Franzen’s hubris in refusing her the first time around!). She is such a smart lady and a smart reader, not to mention a career-making talk-show host. Plus, she does so much charitable good in the world.

To be noticed by her is a major compliment, and since she has such incredible reach, it would help TINAWM fall into as many young writers’ hands as possible.

Since her network show is gone, I’d settle for her cable show (this said with a wink). 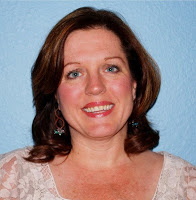 Shelli Cornelison (@Shelltex) writes for children and young adults from some of Austin’s most comfortable coffee shops. Her young adult short stories have appeared in Sucker Literary and YARN.

She is also the author of the eBook, The Grouch Couch, available soon from the Vivlio story app for iPad. She’s an active member of the Austin SCBWI chapter and The Writer’s League of Texas.