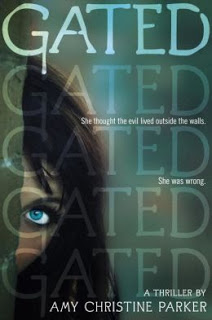 Do the gates keep the unchosen out or the chosen in?

In Mandrodage Meadows, life seems perfect. The members of this isolated suburban community have thrived under Pioneer, the charismatic leader who saved them from their sad, damaged lives.

Lyla Hamilton and her parents are original members of the flock. They moved here following the 9/11 terrorist attacks, looking to escape the evil in the world. Now seventeen, Lyla knows certain facts are not to be questioned:


Pioneer is her leader.

Since there was interest from several publishing houses for Gated, my agent held a best bids auction. This means that she asked the interested editors to come up with their best bid for the book and send it to her by 4 p.m. the day of the auction. At that time she and I were supposed to go over any/all offers and decide which one would be best for the book.

It’s a pretty exciting and heady thing to know that your book is wanted by more than one publishing house, but also very nerve-wracking since you have no idea until the end of the auction day who your publisher might be or if the interested publishers will actually offer.

I remember having this wild fear that none of the ones who’d said that they really wanted it would respond to the auction and instead of having more than one offer to consider, I’d have none. 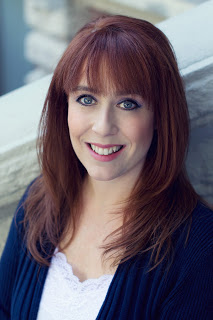 But then the first offer came in early in the day, and it was a good one. I was the kind of excited that feels a little like being sick…my hands were shaking and I could barely think straight.

I had been sort of Twitter stalking the editor of this particular house and really liked what I knew about her, but truth be told, I still had my eye on another house (one who’d published many of my favorite authors and had expressed strong interest in Gated’s sequel which I very much wanted to write). I was really, really hoping that they’d come in with a competitive offer.

But as the day went on and other houses responded, this house was very, very silent. I started to worry that maybe they’d changed their minds and were pulling out of the auction.

When three thirty rolled around and it was time to pick up my kids and still no word was in from my favored house, I was really excited that the book would be published for sure, but a little disappointed that this particular house hadn’t put in a bid.

I was sitting in front of my kids’ school listening to them call out car rider numbers when my agent called at five ‘til four—and I’m not exaggerating here at all, it really was that close.

“Did you get my email?” she asked.

I was sure that we were going to just go over accepting that first strong offer of the day. This meant Gated would be published, but there would definitely not be a sequel since this editor felt the book was perfect on its own. I was nervous about officially saying yes, a little sad that my characters wouldn’t be getting to appear in one more book, and completely excited to finally know who my publisher was.

“Random House made an offer,” my agent said instead, totally throwing me for a loop. It came in a few minutes ago.

She proceeded to tell me what it was for and at first I thought the advance amount was for both books, and it was an amazing number, my dream number. “That much for both, wow!” I said, my heart beating a mile a minute.

And I remember she sort of laughed and said, “No, no, for each.”

At which point I almost dropped the phone.

It was so much more than what I was expecting, but as it turns out, almost exactly what my agent thought it would sell for…she just hadn’t admitted it to me so that I didn’t get my hopes up too high.

I have no idea how the phone call ended, but I do remember trying to be calm until we hung up and then screaming my head off as I drove up to the pickup spot to get my kids. It is the one and only moment in my life that absolutely felt like something out of a movie, surreal and utterly wonderful.

When my kids got into the car I was shaking so hard, they thought I wouldn’t be able to drive home, but somehow I did. My husband brought me home some flowers and we celebrated that night by going to a Teppanyaki place for dinner (my family’s go-to food for big occasions).


As a contemporary fiction writer, how did you find the voice of your first person protagonist? Did you do character exercises? Did you make an effort to listen to how young people talk? Did you simply free your inner kid or adolescent? And if it seemed to come by magic, how would you suggest others tap into that power in their own writing? 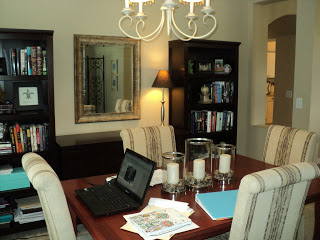 Tapping into my protagonist, Lyla’s, voice wasn’t easy at all. She’s a girl who’s grown up in an apocalyptic cult who’s very much a reluctant fighter at first which is very, very different from who I am as a person, so at first I didn’t understand her very well.

Actually, it was my very struggle to understand her point of view that made me want to write Gated in the first place.

What helped me most in finding Lyla’s voice was figuring out her back story and how she came to be in this cult. Once I knew how that happened I had a better sense of what she was feeling and how she would react to those around her.

As for her actual speech patterns…she isn’t a typical teenager. She lives in a world that’s pretty isolated, so she’s not up on current slang. The only slang she does know she got from watching the few movies that her cult’s leader allowed the group to watch, all of which are from before 2010, so her teenage-speak is a cross between a very adult tone and very, very common/older slang.

As for the possibility of magic having a place in the development of her voice…I suppose it sort of does. There is something mysterious that happens, at least for me, as I write where my character goes from being a name on the page to almost real—at least as real as someone can get without actually appearing. I think it comes from spending so much time trying to see things the way they would, from picturing what they look like and their go to expressions/gestures, and from meditating on that character for hours and hours every day for months, if not years. There isn’t really a way to tap into it, it just grows organically.

The one thing I always do that really helps me is to create a character profile and fill it with back story, a picture of what they look like to me, their hobbies, music/movie/book preferences, clothing, and food favorites. I don’t use everything I put in the profile in the book, but I do reread it often to remind myself of who they are when I’m stuck while drafting.