In my role as director of the Highlights Foundation’s Whole Novel Workshop, I read excerpts from lots of novels.

I read lots of telling, pages of narrative that tell the reader by filing in the background, describing the setting, and depicting what the narrator of the story thinks.

While some of this writing might include beautiful language and intriguing characters, pages and pages of telling just won’t hold the attention of a reader for very long.

For today’s teens, ‘tweens, and children, the “Once Upon a Time” approach can be a kind of big red flag for Been There, Heard That.

Great storytelling happens not in the telling but in the showing. But it feels so good to tell!

A few months ago I heard Michael Chabon, the Pulitzer Prize award-winning author of The Amazing Adventures of Kavalier & Clay and his most recent novel Telegraph Avenue, say that he sometimes forgets and writes pages and pages of narrative. And that can be a good thing. It can help a writer understand the story and the characters.

What it cannot do, usually, is move the story along so that a reader will engage. The backbone of this kind of narrative writing is scene. Like a good screenplay, a novel must be constructed with scenes that build sequentially into something bigger and more meaningful. 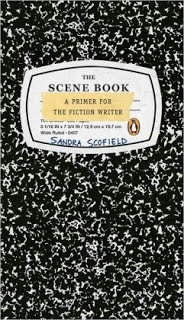 What is a scene? In The Scene Book: A Primer for the Fiction Writer by American essayist and National Book Award finalist Sandra Schofield, a scene is defined as “… the most vivid and immediate part of the story, the place where the reader is the most emotionally involved, the part that leaves the reader with images and a memory of the action.”

In a scene, something has to happen. There needs to be action, usually dialog, and emotion. Something needs to change for good, for evil, in frustration, in anger, in love.

In a good scene, characters will be pushed to do the next thing that will move the story forward, that will be the logical outcome of the actions, dialog, thoughts, and feelings of the scene.

When I teach, I’m asked if a scene takes place in one location. It can. But it can also be a scene full of action. Think about when Byron goes after Larry Dunn for stealing Byron’s gloves in The Watsons Go to Birmingham—1963 or Bartholomew and Mr. Jelliby running down the street, revealing what they know about the lady in plum in The Peculiar.

In my own novel, Long Gone Daddy, the three main characters are in a station wagon on a road trip from Dallas to Las Vegas for 65 pages. I break up the monotony of the car trip with scenes that reveal plot points and show character emotion.

For example, in one scene the hitchhiker Warrior is told that the dead body of the protagonist’s grandfather is in the back of the station wagon. It’s a humorous moment on one level, and yet it also reveals Warrior’s laid-back grit, the religious zeal of the preacher father Paps, and the restlessness and angst of his protagonist son Harlan.

Another scene involves a religious discussion that quickly escalates into an anxiety attack for Harlan, again revealing both the emotional tie and distance between the generations.

I also use breaks from the station wagon as the travelers have a tire blow out, spend the night with friends, and stop for lunch.

The road trip is written in scenes, with narration used to move the reader through time and place. Here’s an example: 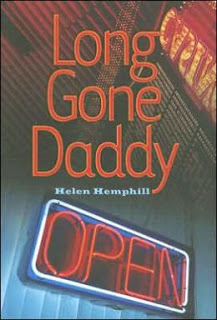 I waited for Paps to start up. About a million billboards and trailer parks went by. Paps flicked his thumb against his ear. Over and over and over. Eternity passed.


Finally, Paps spoke. “Warren, do you love your father?” he asked.


“Yes, I do,” Warrior said. “But it’s not about love or hate, man. It’s acceptance. I try to accept him as he is and hope he can do the same for me someday.”


Paps glanced over at Warrior. “You are wrong, Warren. It is very much about love. If you father accepts you are you are, you will be lost forever. You soul will be damned for eternity. He cannot give up on you. Not if he really loves you.”


Warrior leaned over to Paps. “Maybe my dad would do a lot better to love me unconditionally.” Warrior’s voice was real low, and I had to lean forward to hear him. “You know, you can’t bully someone into believing, Reverend.”


It might as well have been the tribulation. I sucked air into my lungs hard. Paps wasn’t going to let Warrior talk to him like that. He would just pull the car over and tell Warrior to get out, thank you very much.


But Paps drove on in silence for a full five minutes. “Well, do no give up on God,” he said finally. “Or on your father, either.” Paps glanced back in the rear-view mirror and stared at me.

Location isn’t necessarily what makes a scene. It’s the tension. A scene begins with characters thinking one thing; it ends with a revelation or a reversal that lets them know something else.

In this scene from Long Gone Daddy, the action starts out as a discussion of the hitchhiker Warrior’s relationship to his own father, but ends with Paps sending a message to Harlan to not give up on their relationship. While the action takes place entirely in the station wagon, the scene gives the reader an emotional insight into the characters and shows the reader what’s at stake.

A scene can be a page or an entire chapter, but the length isn’t what’s important. What is important is that the reader feels emotion with the characters, just as if he or she were standing in the room with them. The reader sees the action of the storytelling.

So the goal is not to be a story teller but a story shower. Write a chain of dramatic scenes that build to a climax, and you’ve got the beginnings of a novel. Narrative telling is the part that links the scenes together, hints at backstory and setting, and fills in gaps of time.

The paperback edition of Long Gone Daddy will be released in April 2014.

Helen says: “If you’re interested in knowing more about writing scenes, I’m lucky enough to be teaching a workshop, Building a Novel: Scene, Summary, and Sentence, with Newbery award-winning author Linda Sue Park (pictured above) at the Highlights Foundation from Oct. 31 to Nov. 3. We’ll be working in-depth on constructing dramatic scenes, adding narrative summary, and then revising from the sentence up. Alvina Ling, executive editor for Little Brown Books for Young Readers, will be joining us.”