Author Malorie Blackman appointed Britain’s first black Children’s Laureate by Nick Clark from The Independent. Peek: “‘As a teenager I read all these books but never read one that featured a black child like me,’ the bestselling author says.” See also UK’s first black children’s laureate: new history curriculum could alienate pupils by Susanna Rustin from The Guardian. Note: learn more about Marlorie at her official author site.

Where’s the Fun? by Stina Lindenblatt from QueryTracker.net. Peek: “With everything that is expected of us, it’s often hard to remember why we started writing in the first place. The remedy? Step away from your desk, and go out and have some fun!”

BEA 2013: Strong Season Ahead for Children’s Publishers by John A. Sellers, Diane Roback, Carolyn Juris, and Matia Burnett from Publishers Weekly. Peek: “‘I’m just ecstatic about the children’s books I’ve seen,’ said René Kirkpatrick, owner of…Eagle Harbor Book Co., in Bainbridge Island, Wash., and a longtime children’s bookseller. ‘It looks like a great fall season. There’s a trend toward more realistic books, and I’m thrilled about how much good middle-grade there is—it’s been so hard to find.'”

The 22 rules of storytelling, according to Pixar by Emma Coats from io9. Peek: “Discount the 1st thing that comes to mind. And the 2nd, 3rd, 4th, 5th – get the obvious out of the way. Surprise yourself.” Source: Brian Yansky. 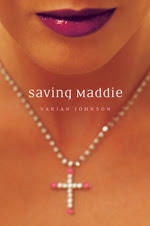 Why Morning Writing Isn’t Such a Bad Thing by Varian Johnson
from Quirk and Quill. Peek: “When I know I only have 1.5 hours to write, I want to make it as productive as possible. Facebook and Twitter become less of a liability.”

Agent’s Notebook: Emily Mitchell, Wernick & Pratt from The Whole Megillah. Peek: “I love working with people who have found the magical balance between commitment to their art and openness to collaboration: you really need both to make a life and a living in children’s publishing.” See also What is YA? by literary agent Marietta B. Zacher from Joanna Volpe at Pub(lishing) Crawl.

The Denise McCoy Legacy Award: “…honors the author of the previous year’s most humorous children’s book as selected by the committee. This event, as well as funds raised through the event, is used to expand children’s literacy programs in our area and the Denise McCoy Scholarship Fund.” Source: Fuse8; see more links of interest.

Should You Use Real-Life Tragedies in Your Writing? by Rosie Genova from QueryTracker Blog. Peek: “After exchanging cards, she praised my book’s cover art; in the next breath, she asked if I had addressed the hurricane in my story. Could anyone look at that Ferris wheel, she asked, and not think about the image of the wrecked roller coaster?”

Cover Art: Myths Debunked and Stories Revealed…with some help from authors & industry pros! by E. Kristin Anderson from Write All the Words! Peek: “Most authors might get to give feedback, or give suggestions, but it’s ultimately up to the publisher what goes on the cover of your book. And I try to explain why that’s a good thing.” 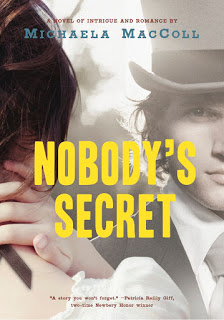 The winner of a signed copy of Blaze (or Love in the Time of Supervillains) by Laurie Boyle Crompton was Katrina.

Enter to win signed copies of Laugh with the Moon and A Thousand Never Evers, both by Shana Burg (Delacorte), as well as a Skype coffee/lemonade date with Shana. Laugh with the Moon releases in paperback June 11. See also Writing for the Teen and Tween Markets, a class taught by Shana, for five Wednesdays in July and early August at The Writing Barn.

Brace yourselves for a break! Cynsations will be on a summer hiatus in July-August, which are traditionally the blog’s lowest traffic months.

The May edition of Bay Views, the review journal of The Association of Children’s Librarians of Northern California says of Feral Nights (Candlewick/Walker Books U.K. & Walker Books Australia and New Zealand, 2013): “The world building of were-creatures and other supernatural beings in this urban fantasy is so strong, readers will be seeing shapeshifters all around them. Descriptions of the ‘normal’ above-ground versus the unsavory underground our heroes get caught in parallels nicely with the reality of different worlds existing next to us but invisible to us.”

Join Cynthia Leitich Smith from 6:30 p.m. to 8:30 p.m. June 7 at
Northeastern State University (Broken Arrow campus) for a discussion of
the Tantalize series, the Feral series and the writing process. See more information.

Join authors Cynthia and Greg Leitich Smith, Nancy Werlin and ICM Partners literary agent Tina Wexler at a Whole Novel Workshop
from Aug. 4 to Aug. 10, sponsored by the Highlights Foundation. Peek:
“Our aim is to focus on a specific work in progress, moving a novel to
the next level in preparation for submission to agents or publishers.
Focused attention in an intimate setting makes this mentorship program
one that guarantees significant progress.” Special guests: agent Sarah LaPolla as well as authors Bethany Hegedus and Amy Rose Capetta.