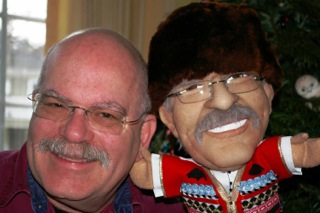 Librarian Laini Bostian blogs at The Made Up Librarian. Today she talks to Eric A. Kimmel about authors marketing their manuscripts to publishers.

Learn more about Eric from Scholastic.

Eric: About writing and marketing, it’s never one or the other. Professional writers do look to the market. They have to. There are always compromises and adjustments to be made during the composition process and during the revision and editing processes.

The key is how does the author feel about making the changes. If you go too far and say “yes” too often, you may come to a point where it’s no longer your book.

Also, some editors will tell you upfront that they may not be the one to handle a particular manuscript. It isn’t doing anything for them, or the changes they’d suggest would turn it into an entirely different story. Sometimes the writer can go along with that. Sometimes we can’t.

I’ll give you a recent example that just happened with the manuscript I’m sending out. I originally conceived it as YA. Several of the editors who’ve responded so far made the point that it didn’t feel like a YA. It felt more like middle grade. 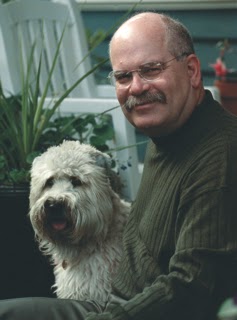 My agent Jennifer Laughran called to talk to me about it. The editors may be right, she said. YA is edgier. The characters are older. There’s more sex and drama. My main character is finishing middle school. You might call the story YA, but it’s definitely on the younger edge of the spectrum.

It’s borderline between age markets, and as Jenn pointed out, “The border is where you don’t want to be.”

Editors can’t fit it into a specific genre. They can’t predict its audience or what it will do.

That can be the kiss of death these days.

What Jenn suggested is marketing, not literary advice: Take it down a couple of years. Forget YA and go for middle grade. It would be easy. The changes would be mostly cosmetic.

She also pointed out that the YA genre is glutted right now. It’s been so successful that everyone’s writing YA. Meanwhile, there’s a definite shortage of middle grade fiction.

So guess what I’ve been doing this past week? It’s a change I can live with. I see the point. It actually suits the characters, the story, and me more.

Are these revisions marketing decisions? You bet! Are they artistic ones? Definitely yes, because I feel comfortable with them and actually think the manuscript is better for my having made them.

Laini: So, if this work does not sell, will you be upset? What should young writers do? What would you say to them? 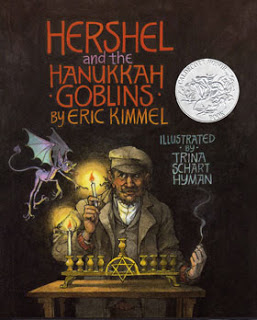 Eric: I’d be disappointed, but it’s happened before. There’s nothing you can do about it. On to the next.

However, that doesn’t mean you give up. Set the manuscript aside. Maybe you can do something with it later. Times change, so a manuscript no one wants today may become a hot item in a couple of years.

The advantage I have over young writers is I know the drill. A similar rejection could be devastating for a beginner. But again, so what? Will you quit and never write anything again?

Guess what? Nobody cares. Real writers suck it up and start something else. The ones that are only in it for a payoff will find something else to do.

What should young writers do? Write! They think they’re going to get rich? That editors owe them something because they scribbled out a manuscript? That they don’t have to revise?

Well, they’ll learn, and they’ll be better writers for it. And if they decide to spend their time doing something else, what of it? I guarantee there will be no shortage of writers or good books.

3 Replies to “Guest Author Interview: Eric A. Kimmel on Marketing Manuscripts to Publishers”