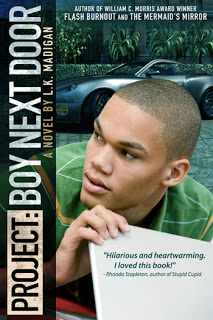 Project: Boy Next Door by L.K. Madigan from Megan Crewe at Another World, Not Quite Ours. Peek:

“Lisa was always there to offer encouragement, commiseration, or a laugh.

“Losing her to cancer was devastating. Not only had we lost a companion, advocate and friend, we had lost Lisa’s stories—her unique voice, humor, and way of seeing the world.

“Imagine my surprise and happiness when a fellow deb, Rhonda Helms, said she had been approached by Lisa’s husband, Neil, to edit and publish Project: Boy Next Door.”

From the promotional copy of Project: Boy Next Door:

Being the son of a mega-famous mogul isn’t all it’s cracked up to be, which is why super-smart but socially awkward teen Melvin Pepper wants to try something new: anonymity. To attend a regular high school, get a normal job, meet real people. A break from the pressure and facade that come with crazy wealth and a world-renowned last name.


But Mel quickly realizes that being Mike, his alter ego, isn’t as easy as he’d assumed. He gradually makes friends at work and school and becomes involved in the radio club, plus navigates the rocky waters of first crushes and first kisses. However, he discovers someone out there is on to his secret and is threatening to expose it.


And that’s not all. One of Mel’s new work friends is hiding a dark secret of her own, and Mel feels helpless to make things better for her. He struggles with juggling two very different identities, balancing jealous old friends and nosy new ones. Yup, Mel’s in way over his head…and the only chance he has to make everything right is to be true to himself. 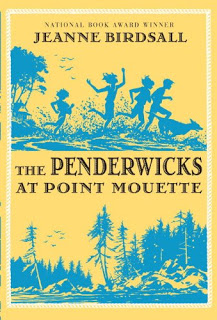 Middle Grade Saved My Life by Jeanne Birdsall from The Horn Book. Peek: “Bad things were done to me when I was small. Lacking adequate physical defenses, I escaped into my imagination, where I could be all-powerful and the scariest monster was the witch in my closet.” Source: Educating Alice.

Top Twenty Picture Book Agents: 171 Sales by Darcy Pattison from Fiction Notes. Peek: “These sales are self-reported, which may or may not skew the results. These are the top literary agents for picture books for the last year.”

Do I Need a Literary Agent? by Carolyn Kaufman from QueryTracker Blog. Peek: “They may know about markets you’ve never heard of, and they know how much editors are paying for particular types of manuscripts.”

Slushpile Chat: An Author (Sara Grant) & Agent (Jenny Savill) Discuss the Art of Revision from Notes from the Slushpile. Peek: “Revisions don’t stop once you have an agent – and they carry on once you have an editor. They are a necessary on-going process.”

How Graphic Novels Became the Hottest Section at the Library by Heidi MacDonald from Publishers Weekly. Peek: “…the graphic novel genre has become one of the fastest-growing at libraries of all kinds, as a new generation of librarians adopts the category as a means to energize collections and boost circulation and patronage.” 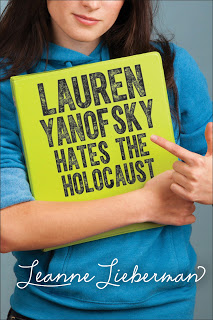 Two-in-One Notebook: Author Leanne Lieberman & Editor Sarah Harvey on Lauren Yanofsky Hates the Holocaust from The Whole Megilah. Peek: “I wanted to think about what happens to a Jewish teen when there is too much emphasis on tragedy and how that can overshadow other aspects of Jewish heritage.”

Author Insight: Literary Lifestyles from Wastepaper Prose. Peek: “How has your life changed since you sold
your first book and joined the publishing industry? Did you maintain life as you knew it or ditch the day job and become a full-time author?”

It Takes a Village…To Write a Book by Pat Zietlow Miller from EMU’s Debuts. Peek: “I think many people assume that writers sit down, write their book in solitude, edit it a bit, send it off and wait for a publishing offer to arrive. That’s usually not the case…”

Beyond the Friends by Yolanda Hare from The Horn Book. Peek: “Can we please see more black geeks in African American young adult literature? More protagonists who are so worried they’ll never date that pregnancy isn’t even an issue? More black teens living mundane middle-class lives? Just because urban ghetto life is one black story, it doesn’t mean that it’s the only story.” Note: conversation continues in the comments.

Minimizing Risk as a Writer: A Guide for the Risk-Adverse by Elizabeth S. Craig from Mystery Writing Is Murder. Peek: “Cozy mystery readers are loyal readers and very interactive ones. I have generally taken their lead when they tell me what they like and don’t like about my books…tweaking future books to make them more appealing and to give them more of what they like and less of what they didn’t.”

Hiding Emotions: Just Act Normal by Becca Puglisi from The Bookshelf Muse. Peek: “To protect ourselves, everyone periodically resorts to deception—to avoid consequences, to get what we want, to keep from hurting ourselves or others.”

Marketplace Fairness Act Sails Through Senate from Publishers Weekly. Peek: “…the U.S. Senate overwhelmingly approved a bill to allow states to collect taxes from online sellers that do $1 million or more in gross sales annually. The Marketplace Fairness Act of 2013 (S.743) now moves to the U.S. House of Representatives where passage is less certain.” Note: high stakes for online and brick-and-mortal book retailers.

Karen and Philip Cushman Late Bloomer Award: immediately launched for writers over the age of fifty who have not been traditionally published in the children’s literature field. The grant was established by Newbery Award winner and Newbery Honor Book recipient Karen Cushman and her husband, Philip Cushman, in conjunction with the Society of Children’s Book Writers and Illustrators. Karen published her first children’s book, The Midwife’s Apprentice (winner of the 1996 Newbery Medal), at the age of 53 and has gone on to become one of the field’s most acclaimed novelists.

Because “No” Always Means “No” – A List of YA Titles Dealing with Rape and Sexual Harassment from Teen Librarian Toolbox. Peek: “It’s not easy to read about it or talk about it, but we have to. Information – education – is the only way to end sexual violence. Here are some titles that deal with this subject in various ways. Read them. Talk about them. Develop empathy for the victims. Speak out against violence and speak up for its victims.” 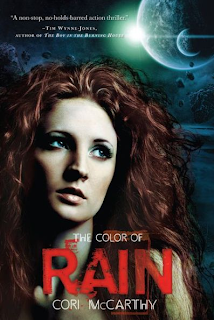 The Next Big Thing in YA Dystopia by Paul Goat Allen from The Barnes & Noble Book Blog. Peek: “…for all of its thematic intensity, it was (Cori) McCarthy’s gripping writing style—which was simultaneously filled with vivid imagery and brutally blunt—that made this read so memorable.”

“Editing without an Editor” Workshop on June 30 in Westport, CT. Peek: “Learn how to revise like an editor by working with two experienced editors. To create a framework, they’ll compare ‘reader response’ theory and the lit. crit. approach, and explore ways to gain objectivity and to focus on different aspects of manuscripts. After lunch, you will learn and try out a variety of techniques for self-editing, from big picture revision down to copy-editing, working on your own or with a partner. The workshop fee is $175 through May 21, and $225 after that. A critique of up to 15 pages is $40; longer manuscripts can be critiqued by arrangement.”

The Question: All Covers Are Created Equal?

The winner of Take Me To Your BBQ by Kathy Duval is Heidi in Utah. 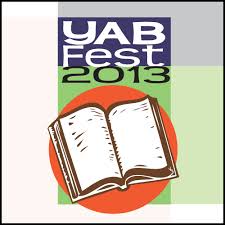 Attention Central Texans! Join keynoters Andrea Cremer and David Levithan, along with Greg Leitich Smith, Jessica Lee Anderson, Mari Mancusi and many more May 11 at YAB Fest in Round Rock.

Join authors Cynthia and Greg Leitich Smith, Nancy Werlin and ICM Partners literary agent Tina Wexler at a Whole Novel Workshop
from Aug. 4 to Aug. 10, sponsored by the Highlights Foundation. Peek:
“Our aim is to focus on a specific work in progress, moving a novel to
the next level in preparation for submission to agents or publishers.
Focused attention in an intimate setting makes this mentorship program
one that guarantees significant progress.” Special guests: Curtis Brown
agent Sarah LaPolla, authors Bethany Hegedus and Amy Rose Capetta.