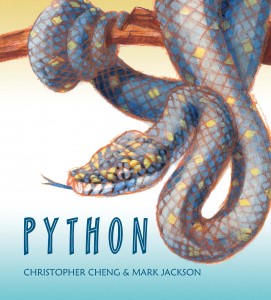 Congratulations to Cynsations reporter Christopher Cheng on the inclusion of Python, illustrated by Mark Jackson (Walker Books Australia), to the short list for the 2013 Eve Pownall Award for Information Books by the Children’s Book Council of Australia. See the complete shortlist.

More cheers to Chris on Australia’s Greatest Inventions and Innovations, also by Linsay Knight in conjunction with the Powerhouse Museum, being named to the Eve Pownall Notable Books 2013, also by the Children’s Book Council of Australia. See the complete list.

“Rock Star” Agents and More about Schmagents by Jennifer Laughran from Jennifer Represents…. Peek: “Some of the very best agents in the world have zero social media outlets. That doesn’t make them ineffective or behind the times.”

Nonfiction: Book or Article? by Mary Kole from Kidlit.com. Peek: “I know all the ‘first-time rights’ and ‘all-rights’ lingo, but I’m wondering that, 1. does it apply because the mag article is different than the picture book story, and 2) in the one-in-billion chance that the agent wants to pursue my book, do I need to jump up and shout-wait!-a magazine might publish a different-but-same-topic article I wrote?”

Did I Just Double-Cross My Agent? by Taryn Fagerness from DearEditor.com. Peek: “Can I have an agent in both countries or should I sever ties with one?” 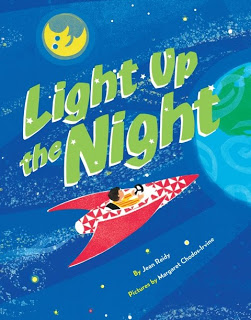 Five Ideas for Using Pinterest as an Author by Amanda Luedeke from Jane Friedman. Peek: “Tease your fans by creating a pinboard that showcases photos of people and locations that inspired your upcoming book.”

The Smallest Gesture. The Shortest Phrase. The Briefest Silence. Matter. from Jo Knowles. Peek: “I’ve been thinking a lot about how we change each other in small and big ways, just by being there.”

Author Insight: Reader’s Guilt from Wastepaper Prose. Peek: “Is there one book or series you feel bad about not reading?” Note: multiple authors chime in.

Yellow Bird: Editors + Writing Coaches: “We are a team of authors, editors, and writing coaches based in Austin, Texas. With over thirty years of combined freelance experience, we formed Yellow Bird to pool our expertise and offer a range of professional editorial services for writers of fiction, nonfiction, and children’s books.” Don’t miss the 2013 First Chapter Contest: a chance to win a professional full manuscript critique (a $500 value). See also the Yellow Bird Editors facebook page.

What is a Natural Storyteller? by Lisa Cron from Writer Unboxed. Peek: “When we tell stories about things that have happened to us, it flows naturally. It’s not magic — it’s built into the architecture of the brain.” 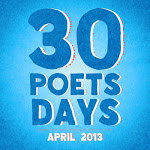 Getting a Speed Upgrade from Mette Ivie Harrison. Peek: “…there is nothing wrong with writing slowly, but it seems like a lot of writers are aware that the reason they are writing slowly is that they keep thinking too much about their stroke. They are aware on a micro-level of all the elements that go into making each sentence. They think too much about voice, grammar, plot, character. They analyze their own words as they are writing them.”

Diversity 101: The Sidekick Syndrome by Andrea Davis Pinkney from CBC Diversity. Peek: “I’ll pose it in the way my kids put it to me ― in a question: ‘Why, in contemporary YA novels that feature groups of kids as friends, the black girl or boy is always a sidekick, secondary character, or nonentity?'” See also Diversity in Writing by Lynn Joseph from Adventures in YA & Children’s Publishing. Peek: “Please, dear writers of YA fiction, please consider coloring your characters without fear of criticism. Write them with the same conscientious mindset you give to creating any of your characters. Because writing authentically means doing so across the board, not just if you have a diverse character in mind.”

Operation Teen Book Drop is Coming! Are You Ready to #RocktheDrop? from readergirlz. Peek: “This year, in addition to rocking out and dropping our favorite YA titles in public spaces for lucky readers to discover, we’re also directing supporters of teen fiction everywhere to consider a book donation to 826NYC to help grow their library. On April 18th (that’s next Thursday!), readergirlz will be teaming with Figment, I Heart Daily, Soho Teen, and 826NYC to celebrate YA lit.” 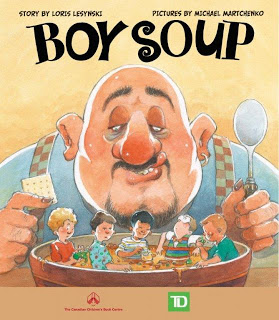 The Canadian classic Boy Soup, written by Loris Lesynski and illustrated by Michael Martchenko, has been named
the featured title for the 2013 TD Grade One Book Giveaway. Each year,
the Canadian Children’s Book Centre selects one book to be given free of
charge to each of the over 500,000 grade one students in Canada. The
giveaway is sponsored by TD Bank.

The 2013 short list for the Ruth and Sylvia Schwartz Children’s Book Awards has been announced. Winners will be named at Etobicoke’s North Kipling Junior Middle School in Etobicoke, Ontario at 1 p.m. May 23. Peek: “This year’s short list includes some of Canada’s best-known and award-winning children’s book authors and illustrators. The children’s picture book category showcases diverse illustration and story styles, ranging from elaborate fantasy worlds, rhyming wishes and dreams, to a story about doing the right thing. The YA/middle reader category challenges its readers with science-fiction tales and trials of families.”

The winners of Period 8 by Chris Crutcher and Dead Girl Moon by Charlie Price were Laurissa and Lara.The winners of The Great Voyages of Zheng He by Demi were Joy in California, Deena in New York, and Cathy in Massachusetts, and the winners of Wild Boy: The Real Life Savage of Aveyron by Mary Losure were Alice in Hawaii, Caroline in New Mexico, and Victoria in Ohio.

See also: Giveaway of three sets of Spy Mice books (The Black Paw, For Your Paws Only and Goldwhiskers) by Heather Vogel Frederick. See more information.

On Tuesday, I finished my revision of Feral Curse (Book 2 in the Feral series) for my Candlewick editor. I’m currently basking the happy-done feeling and working hard to catch up on everything else! 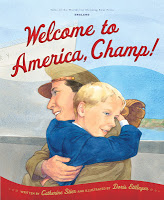 Authors/Speakers at TLA 2013 from April 24 to April 27 in Fort Worth from the Texas Library Association. Look for Cynthia Leitich Smith‘s signing and Spirit of Texas High School author panel. See also the Itsy Bitsy Gallery to “take a chance on art at the TLA 2013 raffle” to benefit the Texas Library Disaster Relief Fund. Note: featuring an original illustration by Tom Shefelman from I, Vivali by Janice Shefelman (Eerdman’s).

Join authors Cynthia and Greg Leitich Smith, Nancy Werlin and ICM Partners literary agent Tina Wexler at a Whole Novel Workshop
from Aug. 4 to Aug. 10, sponsored by the Highlights Foundation. Peek:
“Our aim is to focus on a specific work in progress, moving a novel to
the next level in preparation for submission to agents or publishers.
Focused attention in an intimate setting makes this mentorship program
one that guarantees significant progress.” Special guests: Curtis Brown
agent Sarah LaPolla, authors Bethany Hegedus and Amy Rose Capetta.