Long before Chris Crutcher or Charlie Price were award-winning, YA novelists, they were hippie teachers, wrangling kids at a “last chance” alternative school in Oakland, California.

To celebrate their shady history and their new book releases, Chris and Charlie are asking three bloggers to help them give away a few books — and inspire a few laughs at their expense. Visit:

You can either register your contact information at Rafflecopter below
or send it to Kelly. (The Rafflecopter randomizer feature won’t be used
to pick a winner, as it’s a contest. She just needs some way to let you
know if you’ve won and obtain your shipping information.) 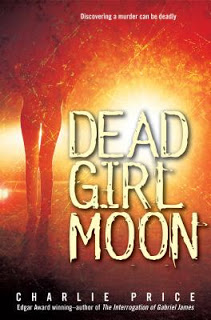 Chris and Charlie will hand pick the winners, so let yourself go. Funny is our mission. And with these classic images, how could you go wrong?

Must be 16 or older to enter. Deadline: April 1. Prizes will be distributed by April 15.

Three runner-up entries will win signed advanced reader copies of Period 8, so if you’re a collector of signed ARCs, try not to be too funny.

If you have trouble posting your captions, send them to Kelly Milner Halls at kellymilnerh@aol.com and she’ll be sure you’re safely entered.

May the grooviest entries win!

From the promotional copy of Period 8 by Chris Crutcher (Greenwillow, 2013): 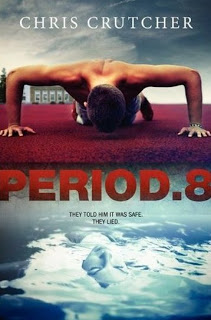 Period 8. An hour a day. You can hang out. You can eat your lunch. You can talk. Or listen. Or neither. Or both.

Nothing is off-limits. The only rule is that you keep it real; that you tell the truth.


Heller High senior Paul Baum–aka Paulie Bomb–tells the truth. Not the “Wow, that’s an ugly sweater” variety of truth, but the other kind. The truth that matters. It might be hard. It often hurts. But Paulie doesn’t know how not to tell it. When he tells his girlfriend Hannah the life-altering, messed-up, awful truth, his life falls apart. The truth can get complicated, fast.


But someone in Period 8 is lying. And Paulie, Hannah, and just about everyone else who stops by the safe haven of the P-8 room daily are deceived. And when a classmate goes missing and the mystery of her disappearance seeps beyond P-8 and into every hour of the day, all hell breaks loose.

From the promotional copy of Dead Girl Moon by Charlie Price:

As their hardscrabble lives intertwine in a small, corrupt Montana town, Grace, a scheming runaway, JJ, her drifty fostercare sister, and Mick, the son of a petty thief, discover the body of a young woman. Afraid to come forward, the teens try to hide their knowledge of the crime, because they believe the murderer is one of the corrupt officials and businessmen who rule their town. But after a series of false moves and dumb mistakes, the teens are soon suspects themselves in a murder investigation threatening their freedom—and maybe their lives.