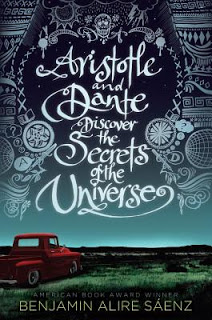 Audio Interview: Benjamin Alire Saenz on Aristotle and Dante Discover the Secrets of the Universe from NPR. Peek: “It was important to him to challenge the idea that Mexican-Americans are recent immigrants. ‘We have a long history in this country, and we’re not all workers with our hands. There are a lot of professional Mexican-Americans, and it’s just not presented in literature,’ he explains, ‘and I wanted very much to do that.'”

Inspired Openings: Special Agent Edition by Jan from Adventures in YA & Children’s Publishing. Note: what 16 top YA literary agents are looking for (or not) in the opening to your manuscript. Peek from Sarah LaPolla of Curtis Brown Ltd.: “Beginning with dialogue, to me, asks a lot from your reader. It’s forcing them to hear from a character they don’t know yet.”

Fantasy, Ethnic Identity and Monsters That Eat People’s Livers by Mike Jung from The Enchanted Inkpot. Peek: “This new novel won’t be devoid of fun – that’s, um, not what I want – but the emotional truths at its core traffic much more in family history, communication breakdowns between generations, and cultural
alienation.”

What Next? Fifteen Questions to Help You Decide Your Next Writing Project by Darcy Pattison from Fiction Notes. Peek: “If it takes you six months to write a novel, what else could you get written in that time period? What project deserves that time commitment?” See also Darcy on Two Dialogue Tips from Studying SitComs.

How I Got My Six-Figure Twitter Following (and Why It Doesn’t Matter) from Jane Friedman. Peek: “What was I doing from summer 2010 through fall 2011—the part where the graph is stepping up?”

Astrid Lindgren Memorial Award Blog: “…news and happenings in the field of children’s and young adult literature and put forward news about the award and the award recipients.” 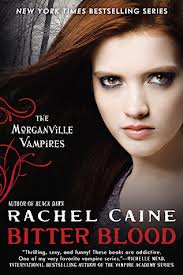 Rachel Caine on Making Mistakes from Adventures in YA & Children’s Publishing. Peek: “One thing I’ve learned about the writing business is that it never stops giving you opportunities to make mistakes. But you know what? That’s a great thing.”

Writing as a Worthwhile Struggle by Elizabeth S. Craig from Mystery Writing Is Murder. Peek: “We learn from the rotten first drafts and the plots that didn’t cooperate and the characters that act as if they’ve had a personality-changing stroke.”

The Fun of World Building by Marissa Burt from Project Mayhem. Peek: “I’m at the stage now where there are an overload of ideas, and I’m struggling with how to sort everything into some semblance of order.”

A Year of Thinking About Diversity by Malinda Lo from CBC Diversity. Peek: “I certainly don’t believe that an author should be required to represent their own background in their books, but when they do, I really value it. There aren’t enough of those (our) voices out in the world. There just aren’t.”

Attack of Writer’s Decidophobia by Kristi Holl from Writer’s First Aid. Peek: “Writing first thing in the day isn’t always possible. It depends on your season of life sometimes. So many things vie for first place in your day!” See also Are You Infected with Optimistic Denial? 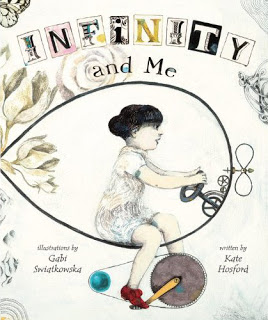 Editor Wendy Lamb: How I Got Into Publishing from CBC Diversity. Peek: “Harper was a tough place to work, but I loved being at the house that had published so many of my favorite books, including some by Charlotte Zolotow. I sat right outside her door.”

2012 Andrea Norton Award Nominees for Young Adult Science Fiction and Fantasy from Science Fiction and Fantasy Writers of America. Special congrats to Libba Bray, David Levithan and Guadalupe Garcia McCall! See also Andrea Norton Award…Dreams Do Come True by Guadalupe. Peek: “The antenna had to be bent just right and the channel button took two hands to turn over, but I always managed to find my favorite shows, reruns of ‘Star Trek’ and ‘Lost in Space’.”

The Niblings Arrive: A Children’s Literature Supergroup for All Your Children’s Literary Needs by Elizabeth Bird from School Library Journal. Peek: “The Niblings is a new blog consortium, over at Facbeook and Twitter, representing Seven Impossible Things Before Breakfast (Jules Danielson), A Fuse #8 Production (this guy), Nine Kinds of Pie (Philip Nel), and 100 Scope Notes (Travis Jonker). Our goal with this group is to share — in one convenient location — links from our blogs, as well as other interesting links related to the field of children’s literature.” Find the Niblings at facebook and Twitter.

2013 Finalists for The Audies: “…recognizing distinction in audiobooks and spoken word entertainment sponsored by the Audio Publishers Association.” See children’s up to age 8, children’s ages 8-12, and teens.

2013 Marsh Award for Children’s Literature in Translation Presented to Howard Curtis for In The Sea there are Crocodiles from PaperTigersBlog. Peek: “…awarded biennially since 1996, was founded to celebrate the best translation of a children’s book from a foreign language into English and published in the U.K. It aims to spotlight the high quality and diversity of translated fiction for young readers and seeks to address a situation in the U.K in which less than 3 percent of work published for children and young people has been from the non-English speaking world.” 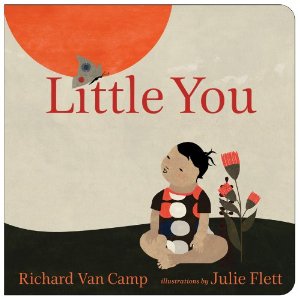 Little You, by Richard Van Camp, illustrated by Julie Flett: a recommendation by Debbie Reese from American Indians in Children’s Literature. Peek: “This book is sweet as can be.”

Be Part of Bridget’s Team: Celebrate Poison
from Inara Scott. Peek: “Bridget Zinn’s first YA novel, Poison, is
being released by Hyperion on March 12. Being published was
Bridget’s dream. Now, nearly four years to the day from her diagnosis,
her novel is at last reaching readers. On her behalf, her friends and
family want to celebrate her accomplishment and help get her book into
the hands of readers.” Find out how you can help

Culture Control by Jen Taylor Schmidt from Quirk and Quill. Peek: “The influence of those around me changed my very identity. It changed
not only my productivity, but the way I thought about myself.”

The winner of Timmy Failure: Mistakes Were Made and a signed doodle by Stephan Pastis (Candlewick, 2013) was Tracy in California.

See also New YA Releases 2/23-3/1, Plus Wicked Kiss Giveaway from Adventures in YA & Children’s Publishing.

Cynsations will be (mostly) on hiatus next week while I travel and speak.

Check out the events listings below, and if you can (San Antonio, Chicago, Madison!), come see me! I’d love to meet you or reconnect in person.

If you can’t make it but would like an author-signed copy of my new releases, Feral Nights and Eternal: Zachary’s Story, illustrated by Ming Doyle (Candlewick, 2013), you can stop by or order online/by phone from BookPeople in Austin.

Join Cynthia Leitich Smith and YA debut author E.M. Kokie at “An Evening with Cynthia Leitich Smith” at 7 p.m. Feb. 28 at Alicia Ashman Library (733 N. Highpoint Road) in Madison, open to the public and sponsored by SCBWI-Wisconsin. Event will include refreshments and giveaways! See more information.

Authors/Speakers at TLA 2013 April 24 to April 27 in Fort Worth from the Texas Library Association. Look for Cynthia Leitich Smith‘s signing and Spirit of Texas High School author panel.