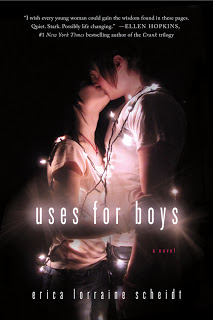 Anna remembers a time before boys, when she was little and everything made sense. When she and her mom were a family, just the two of them against the world. But now her mom is gone most of the time, chasing the next marriage, bringing home the next stepfather. Anna is left on her own—until she discovers that she can make boys her family.

From Desmond to Joey, Todd to Sam, Anna learns that if you give boys what they want, you can get what you need. But the price is high—the other kids make fun of her; the girls call her a slut.

Anna’s new friend, Toy, seems to have found a way around the loneliness, but Toy has her own secrets that even Anna can’t know.


Then comes Sam. When Anna actually meets a boy who is more than just useful, whose family eats dinner together, laughs, and tells stories, the truth about love becomes clear. And she finally learns how it feels to have something to lose—and something to offer.

Real, shocking, uplifting, and stunningly lyrical, Uses for Boys by Erica Lorraine Scheidt is a story of breaking down and growing up.

Pam Houston. Hands down. She’s the most generous reader I’ve ever known. Listening to her read from an essay or a story or a novel she admires is powerful. It makes you lean in and listen. It’s in how she reads a sentence. The attention she brings to it. Absolutely.

Pam Houston taught me how to read. 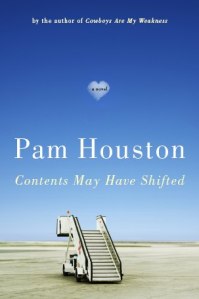 I spent two years in the graduate writing program she runs at University of California at Davis and I think it was no one thing, no particular workshop or piece of writing. It was watching her work on Contents May Have Shifted (W. W. Norton & Company, 2012) and teach and make her life and be an artist in the world that had such a profound impact on me.

And even now, four or five years later, she says things that speak directly to my own struggles. She recently posted this:

I just sent this to one of my favorite writing students who has been wrestling hard with a novel this summer and is getting a little beat up: “You are in the vertiginous, vomit-inducing forest of not knowing. It is supposed to suck in there. But you already know that. You also know it is the good news.” I realized I was writing to myself, as well as him, as I begin the terrifying next project.

And I think about that all the time. I think about it every time I get to the vertiginous, vomit-inducing forest of not knowing. But I know it’s the good news. That’s what I learned from Pam.

I’m not a teacher but a teaching artist and I feel exceptionally
fortunate to work with young writers. The six years or so that I spent
volunteering at 826 Valencia have
changed what I believe is possible—both in terms of writing and in
creating community. Every day a young writer shares his or her writing
for the first time and that moment changes everything. 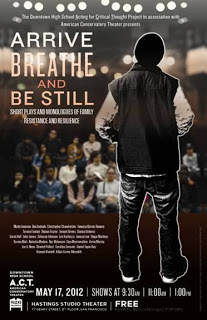 Imagine! Things start tumbling out after that. You are not alone! You made a beautiful thing! You put language together in surprising and truthful ways!

I’m awed by it every time.

And then, young writers surprise themselves. They’ll fight against rewriting, they’ll think it’s impossible to come up with anything else, but once they do, they’re amazed by what they can create.

What comes from working on a piece of writing is always so much more than either of us could have foreseen.

I get a lot out of preparing for a workshop. It pushes me to read closer and think about why a story works. What is it about the first sentence? What promise is made about the story? Why did the writer end it there? What can we learn from this?

And selfishly, an hour with a group of teens—who unlike adults often write to write, not to get published—is the perfect antidote for my myriad writer’s insecurities and worries and my little library of hurts. I always come out of a workshop like, hell yeah, let’s go write a sentence! 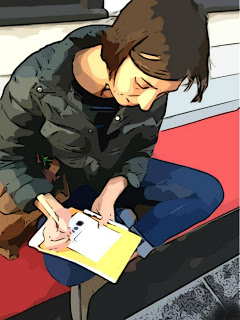