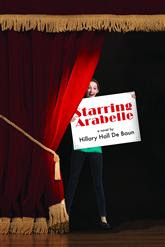 Hillary Hall De Baun is the first-time author of Starring Arabelle (Eerdmans, 2012). From the promotional copy:


Impulsive, romantic Arabelle Archer is determined to make the most of her freshman year. She’ll audition for the school play and soon be on her way to the stardom she knows is her destiny.


Arabelle’s year gets off to a unexpectedly rocky start, however, when all the roles in the play go to upperclassmen and she has to settle for prompting.

And to make matters worse, her guidance counselor insists that she fulfill her community service requirement by volunteering at the Heavenly Rest Nursing Home — the last place she wants to be.


But when a crisis puts the school play at risk, Arabelle realizes the true value of the friendships she’s made at Heavenly Rest, and discovers that making a lasting impression isn’t always about being a star.

Several years ago, when I had struggled through endless drafts of Starring Arabelle and was not happy, I took myself to a week-long whole-novel workshop offered by the Highlights Foundation. Phyllis Root and Jane Resh Thomas, both well-published authors, led the small group. 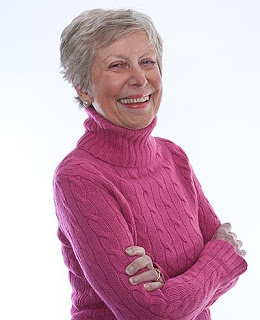 One of the first comments from Phyllis Root after she read my manuscript was, “Why are you solving Arabelle’s problems so quickly? Where’s the thread of tension that makes readers want to turn the pages to the very end?”

Wow, was she ever spot on! I had become a helicopter parent to my heroine. Instead of letting Arabelle’s problems in the school play get worse and worse until all hope of achieving her dream to be a great actress seemed doomed, I had fixed the problems, one by one, with great dispatch. I did the same thing at the nursing home, where Arabelle volunteered. Her failures there quickly turned to triumphs. Needless to say, my story arcs were small and episodic. No wonder I was unhappy!

Another “ah-ha!” moment at this same workshop happened when I realized that as a comedic writer, I was downplaying serious issues and Arabelle’s heart’s desire—what Jane Resh Thomas calls “the thing your heroine is dying for want of.” By concentrating on the humor part of the story, I had given short shrift to Arabelle’s deepest longings and fears and forgotten that humor is just another side of tragedy.

Alas, the fixing wasn’t over. Not by a long shot. The draft I took to the workshop was in first person, present tense. To apply the “ah-ha!s” I was encouraged to shift to third person, past tense.

Not only was I dubious, I was horrified. A huge revision loomed. But after rewriting several chapters (believe me, many things change when you shift from first person to third—many!) I was convinced that this was the best voice and tense to tell my story, which ultimately made for a still humorous but far deeper, more satisfying novel.


As a comedic writer, how do you decide what’s funny? What advice do you have for those interested in either writing comedies or books with a substantial amount of humor in them? 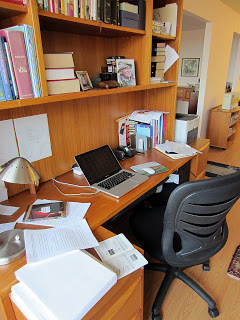 It’s a funny thing about writing a funny story; it can become “unfunny” very quickly. In my first attempt to write a comedy piece, I used caricature and over-the top humor to carry the load. Improbable situations abounded. But no one except me was amused.

So what road map do you follow to create a funny, memorable stand-alone novel or a series that isn’t hyperbole?

In writing Starring Arabelle, I did not have a funny book in mind. That happened along the way as I discovered Arabelle’s voice: dramatic, impulsive, romantic, and determined in a ninth-grade way.

Why ninth grade? Quite simply, Arabelle’s was a ninth-grade voice. That was the beginning.

What would she say and how would she say it was a recurring question. In the end, Arabelle was the prime mover of the book’s humor.

The nursing home plot came out of the blue. Was it because I had
visited several nursing homes and been entertained by some of the
comical goings-on?

The mishaps and disasters of rehearsals and opening night I borrowed from my own acting experience in amateur theater.

Then came narrative scenes, in no particular order.

The linear events of the story came much later and led eventually to all the pieces fitting together snugly.

But throughout the lengthy writing process, Arabelle’s voice was the glue that held this comedy of errors together.