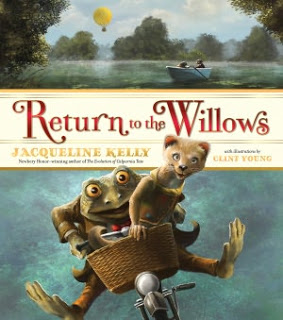 Austin Writer Jacqueline Kelly Revisits the ‘Willows’ by Jeff Salamon from The New York Times. Peek: “As Ms. Kelly began writing ‘Return to the Willows,’ she found one of the
characters taking over the story — specifically, the one who represents
the sort of disregard for convention that Grahame feared but
schoolchildren adore.”

Interview with Editor Heather Alexander of Dial by Jenny Martin from Crowe’s Nest. Peek: “A lot of times, there is an instant gut reaction when reading submissions.  But once I know I like something or don’t, I focus in on the concrete reasons why.”

Jillian Medoff: From Flattened to Fabulous by Sarah Pinneo from QueryTracker.netBlog. Peek: “‘And it flopped,’ Medoff told me. ‘It had great reviews… and lousy sales.'”

The Mortal Review: Cassandra Clare on Diversity
from RaceBending.com. Peek: “When I did a signing in Mexico City,
dozens of girls came up and asked me whether I would include a Hispanic
female character soon and I was happy to be able to say that yes, as my
next series is set in Los Angeles one of the major female protagonists
is Mexican, and they were so happy — it made me feel sad to see how
starved they were for representation in the fantasy adventure books they
love.” 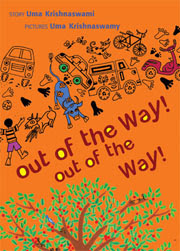 PaperTigers 10th Anniversary: Uma Krishnaswami’s Top 10 and a Quick Chat from PaperTigers Blog. Peek: “I started out by thinking of the face-off we see so often between human sprawl and green, growing things.”

Three Steps for Using Prompts to Write Better and Get Published from Jane Friedman. Peek: “Through a simple three-step process, I built up my writing stamina and
got tangible results just by doing writing exercises, and you can do it
too.”

Always Write Terrible First Drafts by Carolyn Kaufman from QueryTracker.netBlog. Peek: “…if you always consider your first draft terrible, you’re not going to be offended when others point out weak areas.”

Guessing and Misunderstandings in Plot by Mary Kole from Kidlit.com. Peek: “Plots that have a guess or a misconception at the heart of them are very
difficult to pull off because there is not a lot for your reader to
hook into and believe in.”

Books of Wonder (a children’s bookstore) in NYC Needs to Raise $100,000 to Survive by Maryann Yin from GalleyCat. Peek: “As of this writing, they have received more than $20,000 in contributions. The campaign will last for 30 more days.” Donate and help spread the word.

Mary’s Magic: video interviews with author-illustrator Mary Sullivan about her upcoming picture book, Ball (Houghton Mifflin Harcourt, 2013), by Mark G. Mitchell from How to Be a Children’s Book Illustrator. Peek: “Based on the ball-chasing dog Mary never had, Ball uses only one word, repeatedly to tell of a dog who dreams of chasing a certain red ball.”

Katherine Catmull on the Writer and the Storyteller from Adventures in YA and Children’s Publishing. Peek: “…some of us face drafting like a small child faces a doctor with a syringe. Nothing worse could happen. I will do dishes, I will exercise, I will fall asleep at my desk, even, before I will draft.”

Being a Writer Means Being a Child Forever by Sue LaNeve from Quirk and Quill. Peek: “Without consciously trying, ideas began to emerge about the era in which
I’d set my lovely story. Did this setting detail exist in that year?
Was that song released before or after this story event?”

Winners for last week’s giveaways have been contacted. If you won but haven’t responded, please do so this weekend.

This week’s highlights included the launch party for Return to the Willows by Jacqueline Kelly, illustrated by Clint G. Young (Henry Holt, 2012)(see cover above).

While in Houston, Greg and I visited The Houston Museum of Natural Science. I enjoyed the whole new Hall of Paleontology but especially enjoyed The Jurassic Bark Exhibit. 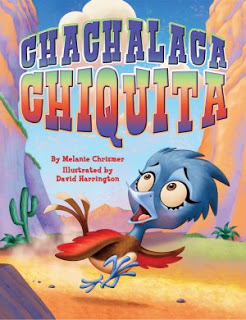