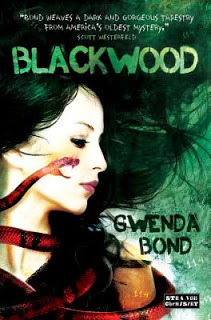 Gwenda Bond is the first-time author of Blackwood (Angry Robot/Strange Chemistry, 2012)(excerpt). From the promotional copy:

On Roanoke Island, the legend of the 114 people who mysteriously vanished from the Lost Colony hundreds of years ago is just an outdoor drama for the tourists, a story people tell.

But when the island faces the sudden disappearance of 114 people now, an unlikely pair of 17-year-olds may be the only hope of bringing them back.


Miranda, a misfit girl from the island’s most infamous family, and Phillips, an exiled teen criminal who hears the voices of the dead, must dodge everyone from federal agents to long-dead alchemists as they work to uncover the secrets of the new Lost Colony. The one thing they can’t dodge is each other.


Blackwood is a dark, witty coming of age story that combines America’s oldest mystery with a thoroughly contemporary romance.

Honestly, I think I’d just gotten to the place where I’d accepted that it wasn’t inevitable I would publish a novel when we got the offer on the book. I had more or less made peace—after a couple of books didn’t sell—that things might not go according to plan. I would keep writing, choosing whatever stories felt right, hoping, still and always hoping, and working as hard as I could, but knowing that it might not happen and definitely not on any predictable timetable.

I had a visual prompt for this, actually, but a digression first.

In college, I had an excellent writing teacher who happened to teach a class in screenwriting. I’ve always loved movies and always wanted to tell big stories. I was seduced by that form, so I spent several years post-college writing scripts, many of them surrounded by amazingly talented writers from whom I learned too much to say in a private online workshop called The Left Door run by Max Adams. Eventually, I realized books were my first love, and that YA books were what my natural voice was most inclined toward. YA was what I should be writing. 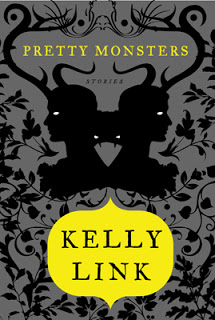 So, I wrote a now-trunked novel that my dear friend Kelly Link and a newish (but now super-successful) agent both kindly gave me extensive notes on which I used to revise it, before I finally put it away.

After that, I started the novel that would become Blackwood, but stalled out. I started another novel, and decided to go to grad school, because I felt like I needed that kind of hothouse environment to really learn how to write a novel (which is, in fact, way different than writing a script).

I’m lucky to have many genius writer friends, but they were mostly a bit further along in their careers than me, and I really wanted to try to find a community where I felt more comfortable being at the level I was.

Vermont’s Writing for Children and YAs program was the only one I was interested in. And it was extraordinary for meeting that need, and for providing peers and mentors in general.

While I was doing the Vermont program, the city where we live—Lexington, Kentucky—was preparing to host the 2010 World Equestrian Games. This is where the visual comes in.

They hung a digital countdown clock up downtown that would count down 1,000 days until the games. At the time, it seemed like a huge expanse of time. Surely, I’d manage to sell and/or publish a novel by the time the clock ran out. I vowed that I would. And I’d see this visual reminder of that vow every day.

I still remember driving past it on the last day before the games, when the clock read OOOO, and, of course, I hadn’t sold a book.

But the thing was, I actually didn’t feel like a failure. Mostly I felt bemused, because I’d been working toward that goal the whole time, and I did feel closer to it. But I also felt like I’d learned that working against some artificial clock wasn’t smart or productive or logical. 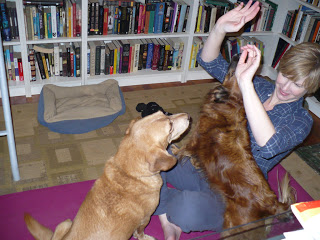 There is no clock. There is only you, your own development as a writer, and the support of the people you’re lucky enough to have in your corner. I am very lucky to have a family and a husband who always believed, and also luckier than I could ever express that my agent, the fabulous Jennifer Laughran, never lost faith (or she hid it extremely well, because I never picked up on it).

And I think the fact I kept working was part of that, too. If it wasn’t this novel, maybe it’d be the next one. So as far as keeping the faith, it was more about staying in the game. Learning, putting everything I had into making each book the best I could, whether that ended up being good enough or not. I don’t regret any manuscript or draft or story mistake I’ve made. I’m glad things have worked out the way they have. This was my journey. I wouldn’t want to pretend it never happened.

For those of you out there feeling like you’ll never sell, hang in there. Keep working.

Don’t get married to one story, but also know that it’s okay to have a night every now and then when you rail and cry and feel sorry for yourself…so long as you keep working (if this is really what you want; giving up actually is a perfectly viable option—except for those of us who can’t).

As long as you’re working, you haven’t failed at the important part. You’re a writer. Don’t let anyone tell you otherwise.

Also, it’s worth noting that the imprint I ended up selling to didn’t even exist when I started the book, but has been a fabulous home for this novel. Luck and timing are huge factors, and mostly out of our control. Focusing on what we can control is always the best strategy—and that’s the writing, and maybe a very few other things. But, mainly, the writing.

I have a particular love of bringing the old and smashing it up against the new to see what kind of story happens.

Blackwood is a Lost Colony of Roanoke story, and it’s set on modern day Roanoke Island, so these were issues I was dealing with from the very beginning.

I thought long and hard about how much to fictionalize, what it was okay to take a leap from, and what I wanted the story to be based on the facts I had to work with.

There’s a long tradition of riffing on the story of the Lost Colony, so I ended up feeling on safe ground to create and change what I needed to. Most of the leaps I made did come directly from my historical research—even the influence of alchemy on the early excursions to the New World isn’t a complete stretch, it turns out.

I also drew on my own experience coming from a small town in the south in creating my Roanoke Island—which incorporates many actual local landmarks and, while fictionalized, is definitely based on and inspired by the real island. Where I grew up, my parents were both principals, and I was a girl with some authority issues as a result. Everyone knew everyone else. There were things I loved about growing up there, and things that felt extremely limiting at the time.

I feel those things went into the book on a subconscious level, at least in early drafts, but got teased out more clearly as the book progressed. One of the main themes in the book is how much we’re defined by our family histories and how much we make our own destiny, and I think that’s a question all teens face at some point.

I was always nervous about how people who live on the island would feel about the book. But I had the most amazing experience there recently.

The co-owner of the local bookstore in Manteo on Roanoke Island—Duck’s Cottage Downtown Books, visit them if you’re ever in the Outer Banks—kindly read an early copy, started circulating advance copies around town, and invited me to come for a pre-release signing.

In the novel, Miranda Blackwood is an intern at the theater where The Lost Colony show is produced. The theater is a major setting for many of the story’s key events.

In reality, this past year was the theater’s 75th anniversary season. It’s a local institution. The bookstore co-owner contacted the show and they actually sent the actors who play Eleanor Dare (mother of Virginia, the first English child born in the Americas, and a character in Blackwood) and John Borden (a fictionalized character based on a real colonist) in full, gorgeous costume to the event.

Several other people from the theater and the town came by, too, all extremely gracious and wonderful. So, that was a particularly surreal experience, a fictional dream come true.

I hope some readers will want to delve deeper into the fascinating history of the Lost Colony.

Check out the Pinterest board for Blackwood and Gwenda’s pics of Roanoke Island. 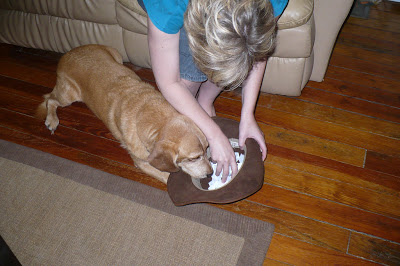 Leave a Reply to Sarah (The Book Life) Cancel reply