Her new picture book, The Beautiful Lady: Our Lady of Guadalupe (Random House), will be published December 2012.

Among her award-winning books for young people are Dizzy in Your Eyes: Poems About Love (Knopf); her haiku collection Yum! ¡MmMm! ¡Qué rico! (Lee & Low) that won the Américas Award and was an ALA Notable; and Doña Flor: A Tall Tale about a Giant Woman with a Great Big Heart (Random House), an ALA Notable that received a Pura Belpré Author Honor Award and a Golden Kite Award from the Society of Children’s Writers and Illustrators.

Pat received a Distinguished Alumni Award from the University of Texas at El Paso, Honorary Doctorates from North Carolina State University and SUNY Buffalo, Honorary Membership in the American Library Association, and a Civitella Ranieri Fellowship to write in Umbria, Italy in 2003. She was a recipient and judge of a Poetry Fellowship from the National Endowment for the Arts and a recipient and advisor of the Kellogg National Leadership Fellowships.


Have you ever made an affirmative decision to alter your creative focus? What inspired this decision? What were the challenges? 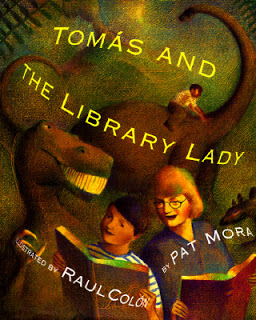 When my three children were little, I fell in love with picture books.
I’d always been a reader but don’t have clear memories of picture books
until I sat with my sweeties next to me, and we savored books together.

Like many adults, I thought, “Writing these doesn’t seem that hard.”

When I submitted manuscripts in the ’70s, though, the rejections zipped back. I became discouraged and began writing poetry for adults that began to be published.

After Borders (Arte Publico), my second book of adult poetry was published; some friends encouraged me to try children’s books again since I now had the beginning of a publishing record.

I did, and eventually the great day came when I received my first trade book acceptance for Tomás and the Library Lady (Knopf, 1997). Due to illustrator problems, I waited eight years for the book’s publication in 1997. Tomás was my first contract but not my first published book.

I’ve now published over thirty children’s trade books and have others in press.

Moral of the story? Have friends who believe in you and your work and be persistent.

I joke that “Rejection” is my middle name. Rejections always sting, since we love our work and need to, or we’d quit. When we’re lucky enough to love what we do, we dust ourselves off, and trudge—or some days skip—on.

What a challenging question. I strive to reach my goals and to develop my talents on life’s journey. I tend to write my goals annually and review them during the year.

A balanced life with time devoted to spirit, mind and body has become more and more important to me. A spiritual life and time for family and friends are at the top of my list.

I’m mom before I’m a writer though I feel inordinately blessed to write, be published, and to speak with audiences of all ages. I can’t really control my income or awards, but I can create a life that nourishes me and others—I hope.

Where do you want to go from here? What are your short- and long-term goals? Your strategies for achieving them?

I enjoy writing for children, teens and adults. I hope to continue to write for each of these age groups. 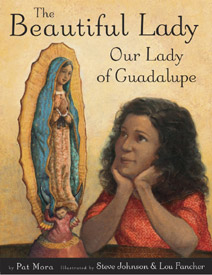 I tell audiences that I have a list in my computer of the books I hope to write. The order changes and occasionally, such as with The Beautiful Lady: Our Lady of Guadalupe, due out December 2012, I dive into a manuscript thanks to someone’s suggestion.

Actually, at least four of my books were suggested by librarians. As a writer, I long not to repeat myself, but to steadily raise the bar and set new challenges for myself.

1) Creativity: I strive to encourage others to develop their creative talents, which is why I wrote Zing: Seven Creativity Practices for Educators and Students (Corwin, 2010).

2) Inclusivity: I’ve written and spoken for years about our national cultural and linguistic wealth. I strive to excite my colleagues in publishing at all levels about the talents, the rich plurality, not yet a part of our publishing community. Each culture that’s part of our country has wonderful stories and voices to share. I long to hear and read those voices and want them for our nation’s children and families.

3) Bookjoy: Perhaps because I’m bilingual and of Mexican descent, early in my journey as a children’s book author, I became aware of the literacy challenges we face in this country. 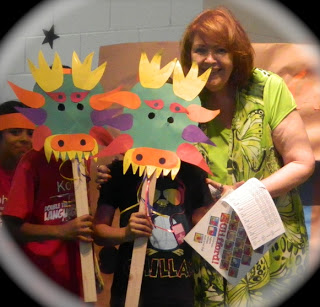 Working with wonderful librarians and educators, I founded the year-long commitment to link all children to books, languages and cultures that culminates in April celebrations across the country. Día is celebrating its 17th Anniversary in April, 2013.

I smile at the question. Born January 19, I’m a Capricorn, though at the end of that astrological sign, an earth sign symbolized by the goat. In the ancient world, it was described as a goat-fish.

Often when my husband Vern and I sit on our back deck and look at the Santa Fe hills ( a view that I describe as a gift from the universe), I look at a small tree in the distance, half-way up the hill. I point and say, “There she goes, climbing the hill,” and indeed, my publishing experience for all its joy does feel like a climb with plenty of obstacles. 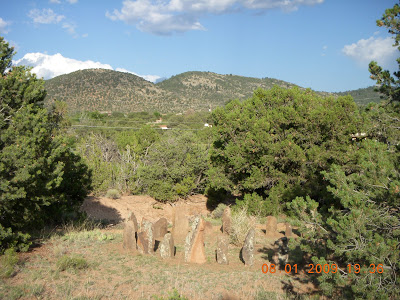 On the other hand, I love the fish part of the ancient story and my delight in diving into deep waters in some of my writing. I feel mighty fortunate to have the time and opportunity to journey there.

Enter to win a set of Pat’s books, plus a Día brochure from Random House. Eligibility: U.S.