Brent’s upcoming books include The Elephant of Surprise (Buddha Kitty Books, 2012), the latest in the Russel Middlebrook series.

Brent’s many writing honors include being named the winner of the Lambda Book Award, the Scandiuzzi Children’s Book Award, a GLAAD Media Award, and a Book Sense Pick (four times).

Also a playwright and screenwriter, Brent’s many plays have been produced in dozens of theaters nationwide (twice in New York); his screenplays have won many awards, and he currently has several scripts under option. A film version of his novel, Geography Club, starring Scott Bakula and Nikki Blonsky, will be released next year.

Do you have a publishing strategy? If so, how has it worked and/or changed over time? If not, why not? And how has that worked for you?

That reminds me of a quote I loved from Jim Hensen, who created the Muppets and did the voice of Kermit. The interviewer said, “Well, obviously, you were born to do puppets.” And Jim said (and I’m paraphrasing), “Oh, I don’t feel that way at all. I think puppets were just the creative thing that I first found success in. But I’d like think I could’ve been successful in lots of different creative endeavors.” 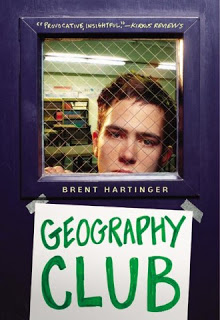 Maybe I’m thinking way too much of myself, but I absolutely believe that too — that publishing books for teens just happened to be the first area where I found a little bit of success.

My publishing strategy has been my “life” strategy, which has been pretty much to try and do everything involving words and story. I’ve written novels, plays, screenplays, for adults, for kids, all in just about ever genre you can think of.

I also co-founded a entertainment website, and wrote and produced two web series.

Now I’ve been more successful in some of those things than others.

The movie version of my first novel, Geography Club, just wrapped (starring Scott Bakula, Nikki Blonsky, Ana Gasteyer, Marin Hinkle, and lots of teen actors from shows like “90210” and “Hannah Montana.” How cool is this?!)

The website I co-founded, AfterElton.com, was later acquired by Viacom in a big deal and went on to be pretty respected.

On the other hand, I have thought at one point, “I don’t need this. Writing books is just not worth putting up with this. I’d rather run a bed-and-breakfast.”

Would you describe your career as a hike up a mountain, a winding road, a path of hills and valleys or hop-scotching from rock to rock across the rapids?

Oh, definitely all of the above! It’s been a crazy crazy ride! 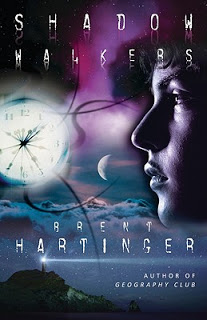 But here’s the thing: if you’re a writer and you’re describing your career as just one of these things (and you’re name isn’t Suzanne Collins or Stephenie Meyer), your career is probably only just starting out.

I think I’ve known hundreds of writers. I literally don’t know any writer who’s been at it a while who hasn’t gone through a rough patch — or two or three or four.

Anyone considering a career in writing, or anything in the arts, really needs to accept and internalize that it’s really up and down, and it’s really not “fair.”

Now I know the world isn’t fair, but publishing is particularly unfair. I know we all want to believe it’s a big meritocracy, that cream always rises to the top, but so many things needs to go right for a book to break out.

It needs to find an agent and an editor who both believe in it, obviously. But then that editor needs to not get fired, so the book doesn’t get orphaned (which has happened to me three times now). The buyer at Barnes and Noble needs to like it so it’s in all the bookstores. Industry reviewers need to love it. It helps a lot if it’s a “hot,” buzz-y genre, so you have a shot at the New York Times and EW.

Oh, and it needs to have a cover that doesn’t suck!

Writers don’t control any of those things. And the thing is, it can have all those things and still tank. Because no one knows anything about what’s going to hit and why. It’s partly concept and execution, but it’s also timing and, yes, dumb luck.

That said, I absolutely believe to the core of my being that the “best” writers, at least as defined by me, eventually do get published.

And these same writers tend to be the ones who have long and interesting careers.

I can think of three terrific examples of writers like this, all fantastic people, who are mutual friends of ours: Tim Wynne-Jones, Kathi Appelt, and, well, you, Cyn!

[Cyn: Me? I’m flattered to be mentioned in such great company.]

But I hope I’m not speaking out of turn when I say that we’ve all struggled with career highs and lows at some point.

Like most writers, I’m embarrassed reading my earlier novels, even my published ones. I’m just mortified! I think I’m so much better now, just night and day better.

That said, I acknowledge that more “experienced” writers like myself who bemoan their terrible earlier works need to keep in mind that sometimes freshness and naivete is very appealing. It can be more “authentic” or charming somehow. That’s the kind of thing that can’t be faked.

All art is a moment in time. My books are the very best I could do, exactly what I wanted to say (assuming I had a good editor who shared my vision), at the moment in time they’re published. 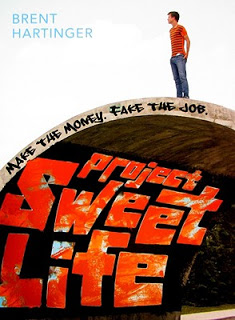 All the writing cliches are true, but the one I think is most true is that you should always treat everyone like you’d want to be treated.

Treat all fellow writers, not just the really successful ones, like gold, like lightning could strike them and they could be the hottest writer alive at any minute, because that’s exactly what could happen — it does happen, all the time.

Although I must add this: I have an author friend, and we were sharing sales figures the other day (which is a very personal thing for authors! I’m more likely to tell people what kind of underwear I wear). Anyway, he mentioned a sales number, which was very respectable. And then he laughed and said, “But how is that possible?! I feel like I personally signed books for or sucked up to way more people than that!”

I busted up. I totally feel that way too! For all the talks I’ve given and personal emails I written and writers I’ve mentored, I feel like I should’ve sold millions of books. And I definitely haven’t.

I can’t possibly have spoken or written to every single person who’s read my books. But it definitely feels like I have.

Anyway, as I said, most of the reason I do all this is because it’s the right thing to do.

Like every author, I’m starting to wonder if the hassle of book tours (and, often, the expense, since publishers don’t always pay) is worth it. Unlike your name is J.K. Rowling, it’s increasingly difficult to draw a crowd at a bookstore — and, let’s face it, a lot of bookstores are becoming very, very discriminating. They often don’t want you!

It’s one thing to work a bookstore visit into a series of school visits or other events, but a dedicated tour? I think those things may be a thing of the past for most YA authors. 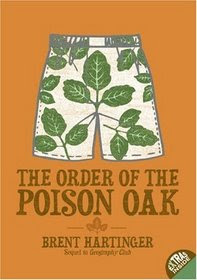 I’m also experimenting with indie publishing (also like every author in existence!). I got the rights back to the two sequels to Geography Club, The Order of the Poison Oak and Double Feature, and I published those as e-books.

And now I’m writing two more books to coincide with the release of the movie next year.

We’ll see how it goes. I’m not sure I’d be doing it if it weren’t for the publicity from the upcoming movie. Traditional publishing still has lots and lots of advantages, from my point of view. But so far, my experiment has been very, very worth my time.

I have just finished four projects, two novels and two screenplays, all very very different, that I think are all the absolute best writing I’ve ever done.

Two years from now, after at least some of them sell or not, I’ll either be very, very happy, or very, very bitter!

How have you handled being a player in the world of youth literature? Awards, fame, jealousy, etc.

Jealousy used to be a problem, but then I think it’s a problem for almost every writer who isn’t Suzanne Collins. Success sometimes seems so random.

It’s really, really easy to forget that just by making your living as a writer, you’ve already won the lottery. And I’ve made my living at it, a pretty good living, for more than fifteen years.

And besides, since phenomenal, break-out success is random, it’s only a matter of time until it happens to you! Right? Right?!

What do you want to say to those one-book wonders or those that feel the market has left them behind?

Seriously. Why not? Submit under a different name.

I hate that so many editors and publishers have become “sales figures Nazis.” Especially since a book’s failure may have as much to do with the editor and the publisher as it does with the author. 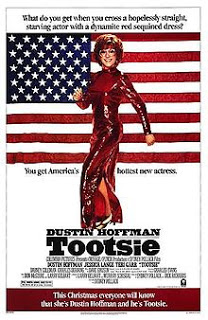 So reboot and start again. Then when you’re winning your Newbery or Printz Award, you can finally reveal your true identity! It’ll be just like the end of “Tootsie.”

But I’m actually serious about the name-change thing.

Why the hell not? They create the rules, but guess what?

Sometimes the rules aren’t fair. So change them to your advantage.

Everyone always says, “My books are my babies! I can’t choose between them!”

I can. I think Grand & Humble, my 2007 mystery, is a totally under-rated gem. Well, under-rated by some — others rated it very highly.

Cyn, you know how hard sequels are. 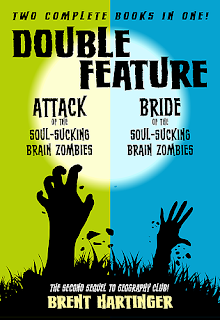 The last book, Double Feature: Attack of the Soul-Sucking Brain Zombies/Bride of the Soul-Sucking Brain Zombies, tells the same story of the making of a zombie movie, but from two different points of view. They’re totally different stories, and you don’t know the “whole” story of what went on until you read both stories together. Hardest thing I’ve ever written. But I’m still extremely proud of it.

Wait. What? Is that it? No more questions? I was just getting started!

[Cyn: You’ll have to come back soon!]

Yep, They’re Making the “Geography Club” Movie by Brent Hartinger from Brent’s Brain. Peek: “…it was all a little surreal. I watched the filming of one scene that
had 1000 extras, and I thought, “You’re kidding! All this for a little
book I wrote more than ten years ago?” I imagine it’s a little like what
the pharaohs felt like when the the pyramids were being built…”

The Career Builders series offers insights from children’s-YA authors who written and published books for about a decade or more. The focus includes their approach to both the craft of writing and navigating the ever-changing business landscape of trade publishing.