We all have our reasons for wanting to be published. Some of mine: For the pure joy of playing with words. To disprove those who’ve told me it can’t be done (i.e., to be honest, out of spite).

I’m not saying books can’t be fun. Thank goodness for Dr. Seuss and for Diary of a Wimpy Kid. And yet, light, fluffy stories endure not because they’re light and fluffy, but because they are good stories.

The more I write, and read, the more I’ve come to appreciate the raw power of story. Story is ingrained in human culture, and hardwired into our brains. Beginning, middle, and end. Good against evil. Challenges presented to a hero we can root for; a hero who is, at the finish, something more than he was at the start.

Stories take life—which is random and often cruel—and give it order and meaning. To paraphrase Mark Twain, stories are better than real life because stories have to make sense. In stories, the hero wins the day. The bad guy gets his comeuppance. Those who deserve it live happily ever after.

Which brings us to The Pied Piper. Here is a tale of senseless, indescribable loss, with no happy ending in sight. So then why does it persist? Why is it part of our cherished canon of stories? Of children’s stories, no less?

Based on a true story, or so we’re told. And real life is often cruel. 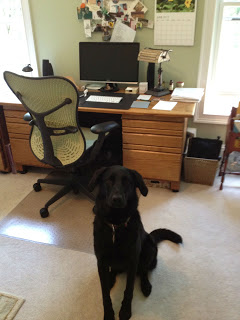 But stories should make sense.

I decided to write my own version of this most sorrowful story. It didn’t need to be light and fluffy. But wasn’t there some way those kids could live happily ever after?

I read everything I could about the Pied Piper legend. (A favorite: Robert Browning’s poem, illustrated by Kate Greenaway.) I found lots of different versions, each ending more tragically than the last.

I was drawn to the versions where one child is left behind, for different reasons depending on the version. I wondered if maybe that child, at least, could live happily ever after.

And so I focused on him.

But little voices crept into my head. “You’re in way over your head, missy. Who are you to mess with a classic? Maybe all those people in the first paragraph are right: Maybe it can’t be done.”

But, since we’ve established that I write partly out of spite, I tried not to listen to those voices. And here is where true, serendipitous inspiration comes in:

One day, while in the middle of Pied Piper procrastination (scanning old vacation photos), my eye caught something interesting.

A few of the photos—taken in an Alpine village, which happened to have its own legend of a mountain witch—reminded me a lot of Kate Greenaway’s Pied Piper illustrations.

That’s when everything clicked. The Pied Piper and the mountain witch invaded each other’s stories, and became The Brixen Witch.

It’s not a fluffy story. But it’s a lot of fun (I think). And (I hope) it honors the tradition that has come before.

Best of all, I found a way to give that most tragic of stories a happy ending.

Enter to win one of three signed copies of The Brixen Witch by Stacy DeKeyser (McElderry, 2012). Publisher sponsored. Eligibility: U.S. only.