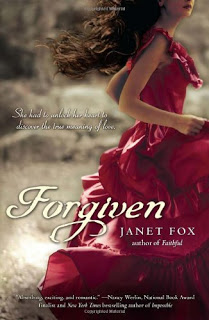 Former Debut: Janet S. Fox from the Class of 2k10 by P.J. Hoover from Roots in Myth. Peek: “…we’re not in competition – there will, always and forever, be room for another book.”

Summer Reading for Writers by Megan Frazer from Crowe’s Nest. Peek: “A case could be made that [Robert] Cormier started the current trend of YA literature. He was one of the first to write specifically for teens and many of us who came of age reading his books are now writers ourselves.”

Your Mileage May Vary by Jennifer R. Hubbard from Jennifer M. Eaton. Peek: “Someone may press a map into my hand and urge me to follow the route marked on it. But if the destination is not where I want to go, why on earth would I follow that map?”

Myths About Villains by Angela Ackerman from QueryTracker.net Blog. Peek: “…how do we
create a three dimensional, credible villain?”

Le Guin’s Hypothesis by Ursula K. Le Guin from Book View Cafe. Peek: “Is literature the serious stuff you have to read in college, and after that you read for pleasure, which is guilty?” Source: Gwenda Bond.

What to Do with a Bad Review? by Stacey Barney from CBC Diversity. Peek: “I had several categories of reactions to the language used to discount not only the book, but also the appearance of a character of color….” 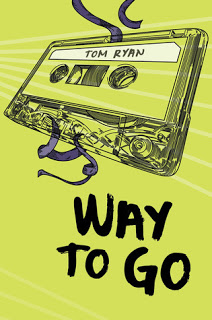 Pride Week: Bigger than Coming Out by Tom Ryan from E. Kristin Anderson from The Hate-Mongering Tart. Peek: “Sexual identity and the politics of coming out are far from the only important thing in a gay teenager’s life.” See also Lesléa Newman: Honoring Matthew Shepard, also from E.

Heroes, Role Models, Inspirations and Interesting People by Chris Barton from Bartography. Peek: “Does the current generation of children have heroes? If they do, are they heroes of the sort that we would have recognized a generation or two ago?”

The Kids’ (Books) are Alright, Says the AAP’s Monthly Stat Shot from Publishers Weekly. Peek: “…children’s book sales up 46.6% over the same period in 2011 – an
especially impressive figure given the lag in adult sales, down 11.6% at
the houses that report numbers to the AAP.”

Digital Children’s Publishing: Embrace Change or Get Left Behind by Todd Tuell from School Library Journal. Peek: “…with active fiction, authors can communicate how they want to use tools that enhance the storytelling capabilities of digital media.”

Jenna in Singapore? Check out this table shot of Jingle Dancer (Morrow/HarperCollins, 2000) on sale at the Asian Festival of Children’s Content, courtesy of Tarie. 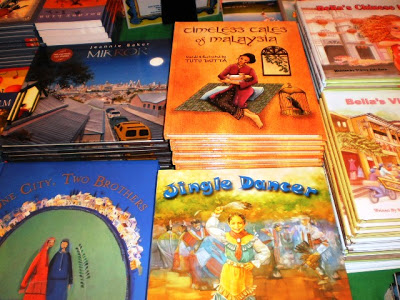