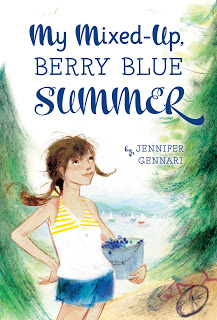 Twelve-year-old June Farrell is sure of only one thing—she’s great at making pies—and she plans to prove it by winning a blue ribbon in the Champlain Valley Fair pie competition. But this Vermont summer, June needs not only the best berries but also a whole lot of courage.

June’s breezy life by Lake Champlain changes when her mom’s girlfriend, Eva, moves in and they announce they want to marry under Vermont’s new civil union law.

To make this summer even more mixed up, June’s not quite sure what to make of her feelings for Luke or her crumbling friendship with Tina.


Looking back, are you surprised to debut in 2012? How long was your journey, what were the significant events, and how did you keep the faith?

When I won a short story contest in my local newspaper at age 15, I thought success was inevitable. I’d be an author without even really trying!

Well, for twenty years I didn’t really try, and my quickly tossed-off pieces were rejected again and again. I finally saw that it would take commitment and hard work. I was raising children, which I love doing, but one morning after another PTA meeting, I knew it was time to put some energy into my dream.

In 1999, I signed up for a weekend writing getaway in a little town called Volcano, up in the Gold Country of Northern California. I’ll never forget it—I slept in a canopy bed in a wonderful Victorian inn and shared and laughed with the other women writers. I rose early to think and write, inspired by the golden light rushing over the creek rocks.

That was the turning point. I joined a critique group, participated in a local monthly reading series, and signed up for SCBWI and every workshop I could find. I owe so much to those friends and teachers who told me when the writing was good and when it wasn’t.

So I was committed. But was I working? I liked to write poetry, but I struggled to figure out how to write more than 2,300 words (my longest short story).

I don’t read horror novels, but it was On Writing by Stephen King (Pocket Books, 2000) that inspired me to get my butt in chair and write. I also relaxed and wrote a lousy first draft after reading Bird by Bird by Anne Lamott (Anchor Books, 1994).

I began working on what I called “Pie.” Inspired by some ugly prejudice I
saw, I took that emotional core and built a story in a place I know very
well—Vermont. Writing about pie felt natural, too—I was known for my
homemade butter crusts. 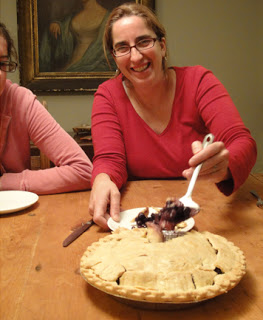 Writing about what I knew well helped me build a world for June, who slowly grew out of some specific childhood memories (and I had to relive some). 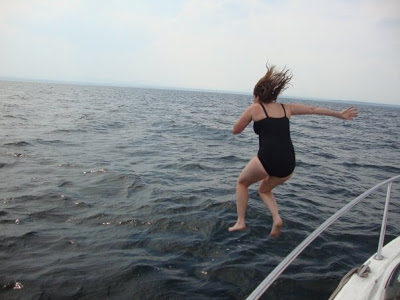 But it was my experience with step-families that further deepened her story.

Those first chapters gained me admittance to Vermont College of Fine Arts. Even after I graduated in 2006, it took another two years to land my agent, Alison Picard, and it was another two years of rejections before my manuscript sold in 2010.

And all the while, even though I sometimes despaired, I kept writing and growing. 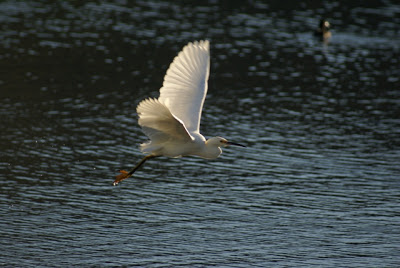 Inevitable? Not at all. We all tell stories, and some of us write them down. It’s what happens after that first draft that matters. So I set aside weekend mornings to write and revise (even thought I do get distracted by the birds outside my home). It’s hard but satisfying work.

One of the best decisions I made was to enroll at Vermont College of Fine Arts in 2004. Those two years of reading, writing, sharing, and listening made all the difference.

Need to hear straight talk on the basics of plotting? My favorite is still What’s Your Story? by Marion Dane Bauer (Clarion Books, 1992), which reminds me that you better make sure your character has a problem.

I also loved working on dialogue and examining each sentence at the word level after reading Self-Editing for Fiction Writers by Renni Browne and Dave King (HarperCollins, 2004). My graduate lecture was on “How to Edit Like a Pro,” and I had great fun collecting faculty gripes.

At Vermont College, we didn’t discuss marketing and the business aspects of publishing. But I needed that apprenticeship of learning the writing craft more. And it was like camp for book lovers!

So now I’m learning all the promotion tactics—being on twitter, building a website, creating bookmarks, making connections, and guest-blogging (thank you, Cynthia!). But none of that matters if you don’t first concentrate on the hard and lovely work of writing. 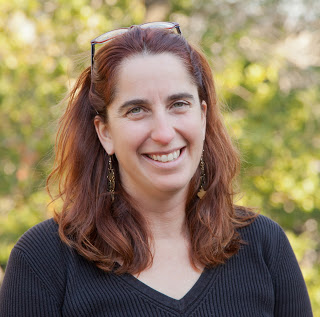 My Mixed-Up Berry Blue Summer is an Association of Booksellers for Children Spring 2012 New Voices title.