By Greg Leitich Smith
for Cynsations

Congratulations on the release of Diabolical – book 4 in the Tantalize series! How did this novel come to be?

Thank you! The original idea behind the Tantalize series was that Bram Stoker’s classic horror novel Dracula is loosely based on truth. Each of my first four books in the series is contemporary but moves closer to that source material. Quickly…

In book 1, Tantalize, we meet a many-times great niece of one of Van Helsing’s original vampire hunters.

In book 2, Eternal, we learn of the Mantle of Dracul, or the present-day vampire royalty.

In book 3, Blessed, we solve a present-day mystery using clues from Stoker’s novel. A literary mystery, if you will, but you don’t have to have read Dracula for it to make sense.

Here, in book 4, Diabolical, we journey a modern update of the Scholomance, where the Count learned his wicked ways. Though the books can be enjoyed separately, this novel puts a cap on this super arc.

More globally, the series is set in a multi-creature-verse, featuring guardian angels and archangels, ghosts, vampires, demons, hell hounds, dragons and a myriad of shape-shifters, including a new one—the wereotter. The series has strong male and female leads and a diverse cast, defined broadly.

What I loved most about Diabolical was bringing back all four of the protagonists–Quincie, Kieren, Zachary, and Miranda–in one blockbuster storyline! It’s also the most suspenseful, creepy, funny, and romantic of the books to date!

If you get scared easily, read it with the lights on or just read Miranda’s point of view. She’s writing from the Penultimate outside heaven. Trust me, you’ll feel safer there than at the school.

So, this latest novel, like the others in the series, owes a debt to Bram Stoker‘s Dracula. The setting, in particular, is based on the “Scholomance,” referenced by Van Helsing. Can you tell us a bit about the Scholomance (both Bram’s and yours)? 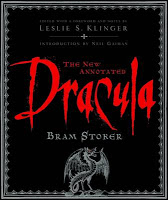 “The Draculas were, says Arminius, a great and noble race, though now and again were scions who were held by the coevals to have had dealings with the Evil One. They learned his secrets in the Scholomance, amongst the mountains over Lake Hermanstadt, where the devil claims the tenth scholar as his due.”

“He dared even to attend the Scholomance, and there was no branch of knowledge of his time that he did not essay.”

On one hand, it’s not a lot of information.

On the other, it’s a treasure trove.

I decided to make my Scholomance a junior feeder school to the original. I set in Vermont and then set my mind to the architecture. In Eternal and Blessed, I’d featured a castle based on Castle Bram, and I didn’t want to revisit the old school European style.

I went modern instead, taking my inspiration from Mies Van der Rohe.

Jeff Crosby’s original art depiction in the book trailer (created by Shayne Leighton) is dead on to my vision.

It’s a seriously scary place, focusing heavily on the demonic. But with terrific furniture, fluffy towels, a well-stocked kitchenette and a first-class gym.

This is the first book I’ve ever written that literally gave me nightmares, but it was also, by far, the most fun. The fiercer the challenge, the more the heroes must find in themselves to combat it. Ditto the author.

The first book in the series, Tantalize, came out in 2007. Your first novel, Rain Is Not My Indian Name, was published in 2001. Has how your approach to writing a novel changed since then?

Notice the (((cough))) gap between my debut and sophomore novel, though I did publish a couple of other books for younger readers (Indian Shoes and Santa Knows) as well as some short stories in between, including one for young adults.

With Rain Is Not My Indian Name, I dived in without a plan and wrote until I found a character and then wrote until I found her story. I spent about six additional, completely unnecessary extra months on it, gathering courage but mostly spinning. That said, it was a great learning experience.

With Tantalize, I had to learn how to write a fantasy first. In fantasy, you have to do everything you would in realistic fiction, and then you need a fantastical element (or several) that is necessary and speaks to both the internal and external arcs of the story.

Among other things, that meant quality time on creature creation and other aspects of world building. I needed to think hard about the metaphors in play and the histories and connotations of the mythologies behind them.

For the first two books in the series, Tantalize and Eternal, I used my traditional method—writing the entire story with a beginning, middle, and end, and then printing it, reading it, tossing it and deleting the file.

It’s a comforting strategy, one that takes a lot of pressure off (nobody but me was going to read it anyway) and offers the opportunity to get to know the characters and their world. You don’t commit to a working manuscript based on that first effort. (It would be a very shaky foundation.) Instead, you start over fresh, armed with lessons learned from the intensive pre-writing.

Once I hit Blessed, and then Diabolical, I’d already done the pre-writing for the characters and world in the previous books, so I was able to move with more of a sense of direction. At my brilliant editor’s encouragement, I do more outlining than I used to, but only in the roughest sense of the word. First, I craft a document that reads like catalog copy and then I begin expanding it from there.

Diabolical, like other novels in the series, is told from multiple points-of-view. What was it like working on the voices of each of the characters?

I’d written Zachary and Miranda’s first-person voices before in Eternal and Kieren’s in the graphic novel, Tantalize: Kieren’s Story, illustrated by Ming Doyle.

Hers was the easiest to differentiate, but the boys are both sort of men of action. They’re both in love. They both have a sense of humor. And they’re both solid, stand-up dudes. So I had to really focus on the subtleties of their personalities.

Kieren is the most intelligent of all of my characters. Zachary tends to be the hardest on himself. I was tweaking language up until the final pass pages.

This novel is set outside Montpelier, Vermont. Why?

I love Vermont. I love everyone I’ve ever met there. It’s just magical to me.

Although based in Austin, I’m on the faculty of the Vermont College of Fine Arts low-residency program in Writing for Children and Young Adults, and I wanted to nod to that inspiring New England setting. In Diabolical, the gorgeous winter landscape is juxtaposed against a hellishly hot invading institution; Vermont is the sweet earth that we’re fighting to get home to. 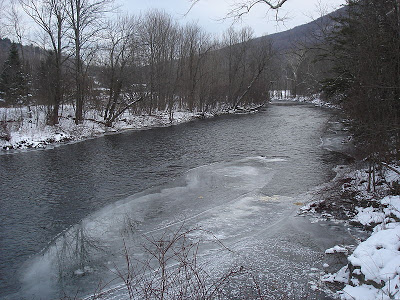 One of the new heroes, Evelyn, is a Vermonter. She’s also the brightest spirit.

Beyond that, I’ve made an effort in this series to vary the stages, and winter in Vermont was a strong contrast to the central Texas and Midwestern road-trip settings of the previous novels.

Your web site and your blog have received many honors from both writing and library organizations. What advice would you give to authors (both novices and veterans) on establishing/maintaining a web presence?

With the caveat, that it’s your party and you should rock it the way that pleases you…

Your creative work should come first. Beyond that, think about your goals, your time constraints, and what you enjoy doing.

I recommend going big picture rather than building your online identity too tightly around any one book. Hopefully, you’ll have a body of work, an overarching image to convey.

But whatever you do, keep it current. Fret less about the frequency of your minor, chatty updates, more about making sure your latest release is featured with all its cover art and relevant details.

Weave the Web in accordance with your vision. Try not to get too tangled up in it. There’s always a controversy of the day, many of them off-topic. If it’s a subject of pertinence and passion, dive in. But try not to get sucked down every rabbit hole, especially if you don’t have all the facts first.

And remember that young readers, fellow writers, event planners, gatekeepers, and other publishing professionals will use the Web to get to know you. Be the authentic you, with your best foot forward.

You’ve recently started using a treadmill desk. Did that take long to get used to? Do you find any difference in creative flow?

Not at all! I found myself quickly comfortable with simultaneously writing and walking, though reaching for a glass of water requires bracing myself and real concentration.

I find that I’m much more focused and deliberate in my language.

More blood to the brain, I suppose.

What else is new?

I’m not a big TV person, but I have found a couple of new shows that I really like.

On the recommendation of my friend, author P.J. Hoover, I’ve begun watching “The Big Bang Theory”. Turns out that I’m sufficiently geeky for even the more obscure jokes to resonate.

I’ve also become addicted to “Supernatural,” on the urging of several of my YA readers. It’s hugely entertaining and occasionally scary enough that I have to watch a lighter show afterward before going to sleep. I love that it’s set all over the country, that Sam and Dean are from Lawrence, Kansas; where I went to college, and the cute guy factor is enormous. I also appreciate that so many speculative fiction TV alumni are cast in guest roles. Of late I’ve spotted Amber Benson (who played Tara Maclay on “Buffy the Vampire Slayer”) and Mitch Pileggi (who played Walter Skinner on “The X-Files”).

I’m not caught up to current time on either series, but instead watching back-to-back episodes. “Bones” is my only can’t-miss, first-run show.

In terms of recent reading, I finally got a chance to sit down with The Hunger Games trilogy by Suzanne Collins (Scholastic) and thought it was excellent, the hype well deserved, the intensity riveting, the themes timely, and the resolution of the love triangle a real victory for carbohydrates.

What do you have coming out next?

I look forward to the release of Eternal: Zachary’s Story, a graphic novel currently being illustrated by Ming Doyle and Smolder, which is set in the Tantalize universe, but begins a new storyline and features new protagonists.

Smolder is due to my editor at the end of this month, so this weekend you and I (by which I mean Greg and I) will be reading it aloud for a copy-edit, assisted by the cats, in the parlor. Should prove interesting!

Welcome Cynthia Leitich Smith and Diabolical from Joy Preble at Joy’s Novel Idea. Note: an in-depth interview about creating a diversity of work, writing as a career, balance (or lack thereof), a typical day, a double-author marriage, and more! Peek: “Be especially sure to read outside of your comfort zone. Creating art is all about thriving, innovating amidst uncertainly and chaos; reading books that challenge you is a smart way to steel yourself.”

Thanks for celebrating the release of Diabolical! Tomorrow, we’ll return to regular programming.

His next novel, Chronal Engine, will be released March 24 by Clarion Books (Houghton Mifflin Harcourt). It’s a mystery-adventure time-travel story about three teens who use their reclusive grandfather’s time machine to travel back to the Age of Dinosaurs to rescue their kidnapped sister and solve a family mystery.

Cynthia and Greg’s latest joint endeavor is “The Wrath of Dawn,” which appears in Geektastic: Stories by the Nerd Herd, edited by Holly Black and Cecil Castellucci (Little, Brown).