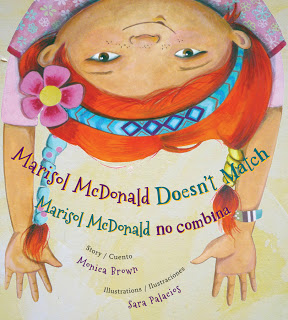 Over the years, I have become known for writing children’s biographies—in 2004, my first picture book, My Name is Celia: The Life of Celia Cruz/Me Llamo Celia: La Vida de Celia Cruz, illustrated by Rafael López (Rising Moon, 2004) won the Américas Book Award and a Pura Belpré illustration honor, and with that launch, I was off and running.

As a professor of Latino/a and Latin American literature, it was my pleasure to introduce writers such as Gabriel Garcia Marquez and Pablo Neruda not only to college students, but to children, who I found understood the concept of magical realism better than most adults!

Along the way, I wrote fictional stories as well, including Butterflies on Carmen Street/Mariposas En La Calle Carmen, illustrated by April Ward, translated by Gabriela Baeza Ventura (Piñata Books, 2007) and Chavela and the Magic Bubble, illustrated by Magaly Morales (Clarion, 2010).

During this period of intense productivity and publication, I wrote a story that had a very special place in my heart and mind.

What happens when the biographer becomes an autobiographer? I found out when I created the character of Marisol McDonald, a biracial girl, who, like me, often confounds those who think of race and culture in uncomplicated terms. I knew from experience what happens to children who don’t fit into any one box, and I was determined to see that Marisol’s story was told, for my sake, my daughters’ sake and for the millions of children who are proud of the multiplicity of their identities.

The story was “easy” to write—it flowed with all the humor and mischievousness of my own children, growing up in a close community of cousins, aunts, uncles, and friends, in a place where conversations (and lives) skated across languages and borders. We spoke Spanish, English, and sometimes—both.

I’ll never forget when my swimming teacher asked if I spoke “Peruish” or when my cousin’s new girlfriend informed me that I must be one of the “dark ones” in the family.

The list goes on and on, and I see certain experiences being repeated with my own daughters. When my daughter Isabella was little and out and about alone with my Scandinavian-American husband, he would be asked questions such as, “Is your wife foreign?”

In the hospital where Isabella was born in eastern Tennessee, the nurses happily informed me that they had nicknamed my daughter “the little Eskimo.”

I wondered about the source of that particular nickname until the day the women mopping my hospital room floor approached me to tell me how beautiful my daughter was.

“Thank you!” I replied, in complete agreement.

She and I talked for a long time about our children, and I found out that she was . . . Native Alaskan.

Like me, she had married a European-American and our daughters were true mestizas. She, I, and my daughter Isabella had something else in common—none of us fit into neat ethnic boxes.

Through the process of writing and reflecting, I realized that Marisol’s story wasn’t just about race, or even culture, but it was about being a nonconformist—a spirit that was driven by different weather patterns, desires, and a unique view of the world.

Thus, my manuscript, “Marisol McDonald Doesn’t Match” was completed and much to my disappointment, it did not find a home. Having published over eleven picture books with small, medium, and large publishers, why was this manuscript the most challenging to place?

Considering the paucity of books representing the biracial experience, I shouldn’t have been surprised, but I was.

It is my firmly held belief that writers must become good friends with rejection, and I experienced it with this manuscript.

Apparently one can write an “edgy” picture book, and in my case, the edge came from attempts to write honestly about teasing, skin color, language, and insecurity.

Happily, Children’s Book Press of San Francisco took the chance with Marisol McDonald Doesn’t Match/Marisol McDonald No Combina, illustrated by Sara Palacios, translated by Adriana Dominguez, and she is now out and about in the world.

I’ll leave you with the final thoughts I share with my readers in the authors note:

People sometimes ask us “what are you?” and, yes, sometimes even say that we “don’t match.” But we know better. Our mothers told us that we were Americans, yes, but also citizens of the world.

My life (and I’ll bet yours too) is bound up with the history of many peoples, and like Marisol McDonald, I open my arms wide and embrace them all. 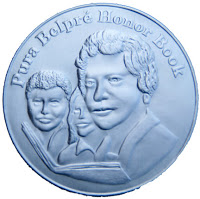 Check out the curriculum guide for Marisol McDonald Doesn’t Match.