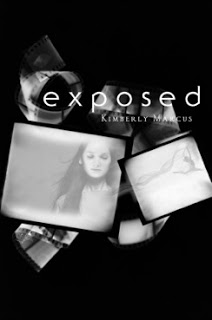 Kimberly Marcus is the first-time novelist behind Exposed (Random House, 2011). From the promotional copy:

Sixteen-year-old Liz is Photogirl – sharp, focused, and confident about what she sees through her camera lens. Confident that she and Kate will be best friends forever.

But everything changes in one blurry night. Suddenly, Kate is avoiding her, and people are looking the other way when she passes in the halls.

As the aftershocks from a startling accusation rip through Liz’s world, everything she thought she knew about photography, family, friendship, and herself shifts out of focus.

What happens when the picture you see no longer makes sense? What do you do when you may lose everything you love most?

When I first began writing with the goal of publication, some ten years ago, I knew I had a lot to learn. I had always loved to write, but there was much to be figure out about craft and the sometimes-crazy world of publishing. Still, I believed that, if I kept working at it, I would someday be published.

Four years earlier, I had left my job as a child therapist to raise a family. I was now a stay-at-home mom with two busy toddlers. I spent a ton of time pouring over wonderful picture books with my little ones, drooling over beautiful illustrations, soaking up the words. Then I began writing my own picture books, hoping to one day see them on the shelves of libraries and bookstores. 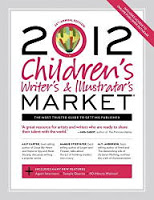 I wrote a lot, most of it bad. I wrote more.

I dog-eared my copy of The Children’s Writers & Illustrators Market, sent perfectly formatted stories to carefully targeted editors, and piled up rejection letters. I joined SCBWI and enrolled in a year-long graduate program in picture book writing at Emerson College.

My husband was a godsend, leaving work early twice a week to care for the kids while I drove over an hour each way to Boston (and fighting rush hour to get there) for courses in both the history of children’s literature and the craft of picture book writing.

I learned. I wrote. I rewrote. I revised for editors who ended up passing. I kept writing. I was constantly in search of the best words to service my stories. I joined a critique group, attended writing conferences, and made connections with others within the fabulous community of writers for children.

On my son’s tenth birthday, in November of 2006, Susan Kochan from G.P. Putnam’s Sons left a message saying that she loved the revision I had sent her and wanted to publish my first book.

Fast forward to April 14th, 2011, when that book, Scritch-Scratch A Perfect Match, hit the shelves.

At around the same time as I got “the call” from Susan, and at the encouragement of an editor I had met a SCBWI conference, I decided to try my hand at writing a novel.

I loved writing picture books, still do, but wanted to see if I could pull off a longer work of fiction.

Many years and many revisions later, that work of fiction became Exposed, my first novel for young adults.

Exposed started out as the story of Kate Morgan, a high-school senior trying to cope after being raped by her best friend’s brother. Having work with trauma survivors, and having experienced trauma myself, I felt I could write this story with some authority.

Although Kate’s story was not my story, I could visualize her story arc – where she was at the beginning of the novel, and where I thought she would be at the end.

As I was writing, however, I found myself more and more intrigued by Liz, Kate’s best friend. I couldn’t imagine what it would be like to be in her position, caught between two people she loved. For a while, to explore this more, I wrote the story in alternating chapters, from both points of view.

As I’ve mentioned, I felt as though I knew Kate’s story from the outset. It was Liz’s story that sent me stumbling and, the more I wrote, the more I knew that this novel was meant to be hers, and hers alone.

I needed to know what it would be like to be that girl.

I never do things the easy way, and I had no clue at all how Liz’s story would evolve, so I had to write the novel to find the answer. I kept the faith throughout the writing process because I felt I owed it to Liz to get her story right.

In addition to the change in my point of view character, I also changed the form in which the novel was written. This story began in standard prose. As I was writing, I became stuck on the best way to show the core emotion of my character in one particular scene.

A writer friend, who knew of my love of poetry, suggested I try writing the scene as a poem, as an exercise to get “unstuck.”

With that realization I made the decision to write the entire novel in free verse form.

After many revisions and much hair-pulling, I sent the novel to an agent, Tracey Adams. Lucky for me, she saw something in my writing and signed me on as her client. Tracey sent the novel to Shana Corey at Random House. Shana acquired the book and, with her guidance and support, helped me shape it into the book that is now on the shelves.


Do you plan to continue writing both picture books and novels for young adults? Is it difficult to switch between writing for younger children and writing for teens? 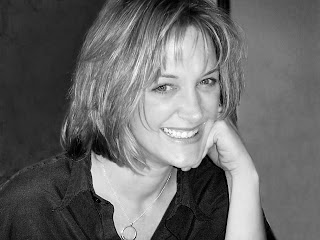 I do plan to continue writing for both audiences, and feel as though each presents its own challenges for me as an author.

With picture books, I try to leave space for the illustrator to take the text and add something to it that will bring the book to a higher level.

Since many of my picture book texts are written in rhyme, I work hard to ensure that the words flow easily and fit well within the context of the story, and I avoid near-rhyme at all costs.

With novels, I try to make sure that each scene feels intrinsic to the story, and that the scenes serve a purpose by illuminating relevant aspects of my main character’s journey.

I love the balance I’ve found in writing funny, read-aloud picture books and novels that deal with tough issues that today’s teens might face. I hope I can continue to publish books for both audiences for a very long time.

6 Replies to “New Voice: Kimberly Marcus on Exposed and Scritch-Scratch: A Perfect Match”