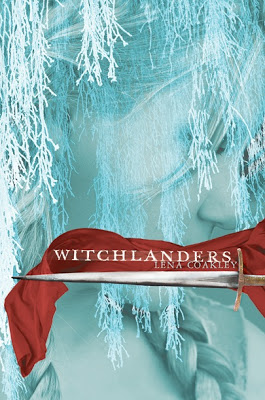 Lena Coakley is the first-time author of Witchlanders (Atheneum, 2011). From the promotional copy:

High in their mountain covens, red witches pray to the Goddess, protecting the Witchlands by throwing the bones and foretelling the future.

At least, that’s what Ryder thinks. He doubts the witches really deserve their tithes—one quarter of all the crops his village can produce. And even if they can predict the future, what danger is there to foretell, now that his people’s old enemy, the Baen, has been defeated?


But when a terrifying new magic threatens both his village and the coven, Ryder must confront the beautiful and silent witch who holds all the secrets.

Everything he’s ever believed about witches, the Baen, magic and about himself will change, when he discovers that the prophecies he’s always scorned—

I was a big daydreamer as a kid, and books were my raw material; I devoured them like a furnace.

Before I went to bed at night, I liked to retell stories in my head, using the characters and situations I’d read about, but putting myself at the forefront of the story: I was the fifth Pevensie sibling in Narnia; I was Dorothy Gale’s best friend; I traveled around Middle Earth as Gandalf’s magical assistant. These stories were fantastically complicated and could go on night after night.

One of my favorite things to do was go on long car rides, because then I didn’t have to wait for bedtime, I could just stare out the window and dream stories. I was probably a pretty weird kid, come to think on it.

In a way, writing a novel is just my brilliant way of getting paid to do this. Of course, there is a huge difference between dreaming up a story and writing it down. Somehow, when it’s written, all these huge flaws and plot holes and inconsistencies begin to materialize—things that certainly weren’t there when the story was in my head!

I still think daydreaming is a crucial part of writing, though. In fact, Witchlanders started out as a daydream about two young men, opposites in every way, trapped together on a snowy mountaintop. I didn’t know who they were or what they wanted, but I knew that neither of them could survive on their own, that they needed each other. For me, finding their story was a combination of my skills as a writer and my skills as a dreamer. 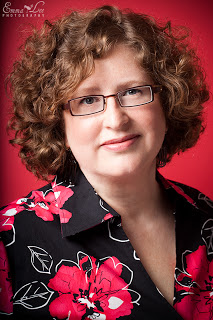 Although Witchlanders is a high fantasy, it tackles some very gritty, real-world issues. To be honest, if someone had told me when I began that I was writing a novel about religious conflict, drug addiction and war, I would have been terrified. What did I know about those things? But clearly these were all issues that my subconscious was gnawing on.

People often talk about fantasy as escapism, but I’ve never seen it that way. For me, fantasy novels have always been a place to see real-world issues from a different point of view.

The two main characters of the book, Ryder, a Witchlander, and Falpian, a Baen, are on opposite sides of a bitter cultural divide. If I had chosen to write a real-world story about such a conflict, everyone reading it would have a preconceived notion about each group, but no one picks up the book with a preconceived notion about what it means to be a Witchlander or a Baen, so I was able to play with people’s sympathies. I hope that sometimes the reader will see the Witchlander point of view and at other times, the Baen.

Lena contributes news and interviews to Cynsations from the children’s-YA creative, literature and publishing community in Canada.