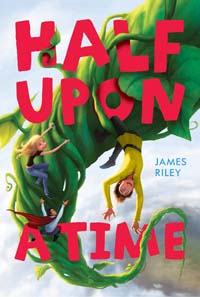 Growing up reading comic books, I discovered something that may not be unique to the form, but certainly has been used there more than anywhere else. Spider-Man could angst all he wanted on his own, but look at how much more angst he could swing through when comparing himself to the famous Human Torch, or when he couldn’t live up to the example of Captain America!

We could have exported the angst from Spider-Man comics alone to teenagers in other countries and made a fortune!

There’s something magical about stories set in a shared universe, where characters interact and manipulate each other and their stories.

It’s more than just surpassing the sum of their parts. I mean, there were also cool fights! Who would win: Thor or the Hulk, Batman or Superman? I still have trouble sleeping over this!

I’ve always thought the idea that fictional characters could explode from their own pages and into those of another is part of what attracts readers to comics. The shared universe becomes almost alive, given the complexity of the interactions (I wish that were my idea, but in this, as in all things, the comics writer who suggested it, Grant Morrison, is much smarter than I am).

But let’s put aside superheroes for a second, for other, older shared universes. Universes with witches in candy houses, wolves dressed as grandmothers, and bears who prefer their porridge in three different temperatures. Universes where fairies have tales, even when they don’t have tails.

Universes that we all already know by heart.

After all, it’s almost impossible to grow up today without knowing about Cinderella’s curfew, or what lives at the top of a magic beanstalk. Much of that is due to the influence of Walt Disney, but somehow kids had still heard of Rapunzel before the latest animated fairy tale came out last year.

Reading Hans Christian Anderson or the Brothers Grimm, it’s easy to think that the Little Mermaid could watch from the ocean as an Ugly Duckling floated sadly behind its family, or Rumpelstiltskin offering a not-yet Sleeping Beauty a bargain so she’d never have to touch a spindle. Snow White not only faced a Wicked Queen’s Huntsman, but had a sister in another Grimm tale by the name of Rose Red.

Continuity problems? Sure, you should see the Internet comments the Grimms got.

But these stories, given to us at a time when stories jumble up with reality and imagination as they were meant to, also give us the freedom to imagine the possibilities.

There’s nothing like looking at something old and well-loved, and seeing a new possibility in it. Do we go with the obvious, like the Big Bad Wolf in the Three Little Pigs also terrorizing Little Red Riding Hood? Or do we make that wolf a real Beast, who might only be loved by a true Beauty, both inside and out?

Both options could be fun, but I wanted to take it a step further: What if by striking out into other tales, a character sets off a chain of events that end in no more happily ever afters? 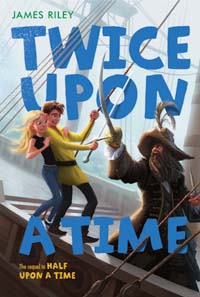 Middle grade readers are at that perfect age of belief in both imagination and reality. And they’re not yet old enough to think fairy tales are lame (I’m not sure what that age is, but I’ll let you know if I ever reach it). So they seemed the perfect audience for me to take all the fables I grew up with, mix them into a shared, comic book-type shared universe, and see what happened.

And what happened was a series called Half Upon a Time (Aladdin, 2010-).

Jack, by the way, can totally beat up Prince Charming.

2 Replies to “Guest Post: James Riley on Half Upon a Time”