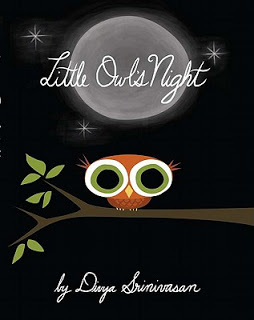 Divya Srinivasan is the first-time author-illustrator of Little Owl’s Night (Viking, 2011)(portfolio). From the promotional copy:

It’s evening in the forest and Little Owl wakes up from his day-long sleep to watch his friends enjoying the night. Hedgehog sniffs for mushrooms, Skunk nibbles at berries, Frog croaks, and Cricket sings.

A full moon rises and Little Owl can’t understand why anyone would want to miss it. Could the daytime be nearly as wonderful? Mama Owl begins to describe it to him, but as the sun comes up, Little Owl falls fast asleep.

Putting a twist on the bedtime book, Little Owl’s Night is sure to comfort any child with a curiosity about the night.

I had written and fully illustrated Little Owl’s Night in November and December of 2009, and sent it out to a few people the first week of January. I heard back from a couple of people I sent the book to, but then nothing for a while. So I sent it out again to two editors I was connected to through published friends of mine. One of the editors was Tracy Gates at Viking.

Tracy gave me great notes. Being a professional illustrator, I felt fairly confident about the artwork, but this was my first time putting writing out there and I was grateful for her feedback.

Little Owl was eight pages too long and felt like two books in one, she said.

I worked on a revision that mainly changed the middle of the book (from where the eight pages were extracted), and I nervously turned it in March 9. As soon as I sent in the revision, I was certain that it was probably no good, that I’d messed things up, and oh well, I’d better think of what to do next. I guess I was partly trying to not jinx things, but also preparing myself for possible disappointment.

Up until then Tracy had been getting back to me within a couple of hours, which I now know is a pretty extraordinary thing. But I didn’t hear from her the rest of that day. I had no idea what all goes on behind the scenes (and I’m still slowly learning–thank goodness for all the awesome blogs about publishing and writing!), so I took it as a bad sign.

The next morning I woke up mopey and decided I needed to think of another plan of action. I needed to make a list! As I was getting up the gumption to start yet another to-do list, the phone rang and I saw it was from New York.

It was Tracy, and she wanted to make me an offer on Little Owl’s Night. I can honestly say it was one of the best moments of my life, mainly because I was thinking about how excited my family would be when I told them.

I got my parents on the phone together and when I told them, they gave the perfect movie response, woo-hooing and squealing. My sister was ecstatic. She had cheered me on at every step, and I worked on a good portion of the book while visiting her, showing her illustrations as I finished them. It was great sharing the news with close friends who had looked at my early drafts.

As for me, aside from being excited to tell my family, I felt proud that Viking saw something special in not just my illustrations, but also my writing. It was probably the first time in years that I had reveled in my satisfaction for a whole day.

As a picture book author-illustrator, how did you learn your craft? What were your natural strengths? Greatest challenges?

I’ve kept a journal consistently since college, where I draw and write, and jot down ideas, snippets of dialogue, and word combinations that I might be able to use sometime. 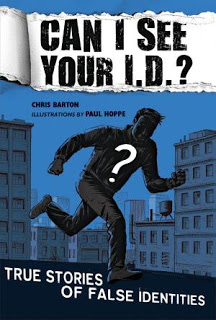 Up until Little Owl’s Night, the only writing-plus-illustrating I did specifically for an audience was a comic strip for The Daily Texan when I was at the University of Texas at Austin.

It was called “Another Knee-Locked Day for Sexually Repressed Girl.” (Incidentally, fellow author Chris Barton has since told me that he was the paper’s editor, back in 1992, who was responsible for my strip making the cut.)

Looking at that strip now is uncomfortable. But at the time, my strip seemed well liked, and students I didn’t know would ask how I knew about their lives. It was the first time I had such a big audience for my work, and it was amazing to find that thoughts so personal and situations so specific to me could be meaningful to complete strangers.

In 2000, I moved back to Austin from San Francisco, and to help process my thoughts, I wrote, drew, and took a lot of photos. I started putting these elements together on web pages, juxtaposing text with drawings, animations, and photos in a way that meant something to me, but that weren’t necessarily about me and that maybe no one else would see other than close friends. Still, I would get emails from strangers who stumbled upon the site, some telling me how funny it was and others, how sad, which surprised me.

One thing I realized while working on the site, the less text on the page, the better I liked it. Editing down already-short lines became a fun challenge for me, which turned out to be handy since picture book texts are so short. (You can still see the site, though as with many things I did years ago, I have to think of it as a time capsule and resist the urge to edit it down to nothing.) 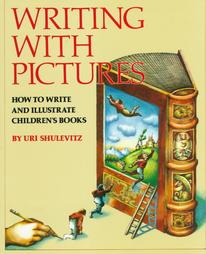 As for illustration, I’ve always drawn on my own, and I’ve been lucky to have encouragement. On my animation projects, I’m often left to come up with the concept. Sometimes the theme is fairly obvious with music videos, determined partly by the lyrics, but even then I have to think about how images will tell a story, which is a big part of making a picture book.

I first think about images and atmosphere.

I drew the character of Little Owl before I started writing. Plot is something I have to work on, as I tend to focus more on details than on the big picture.

I think I’ve learned the most about writing picture books by reading Uri Shulevitz‘ Writing With Pictures: How to Write and Illustrate Children’s Books and checking out a ton of picture books–old and new classics–from Austin Public Library.

Divya Srinivasan is an illustrator and animator living in Austin, Texas. Her illustrations appear in New Yorker magazine, and she has done work for This American Life, They Might Be Giants, Sundance Channel, Sufjan Stevens, and Weird Al Yankovic. Divya was also an animator on the film “Waking Life.” Little Owl’s Night is her first book.

Join Divya at 2 p.m. Oct. 15 for the Little Owl’s Night launch party at BookPeople in Austin.