Nobody liked my protagonist.

Well, not nobody. Editors didn’t like her. I had already cut her whining and made her helpful and friendly to her new stepfather in response to a harsh letter from an agent. But those changes didn’t make her any new editor friends.

As I began my second semester at Vermont College of Fine Arts, I decided to submit my initial chapters to the workshop to figure out why my now non-whiny and extraordinarily helpful teenager still wasn’t deemed “likeable.”

A mandatory part of VCFA residency is daily attendance at workshop. Residency workshops are round-table critiques of 20 pages of work — among 10 students, at different levels of the program — moderated by two faculty advisors. Each student receives a turn to have 20 pages of their manuscript critiqued by the group, for one-hour. For a writer with a work in progress, it doesn’t get any better than this.

The best thing about the workshops at VCFA is how much you learn by discussing the strengths and questions in each workshop submission — your peers’ as well as your own.

It can be easier to absorb information when your “baby” is not on the block. Or, maybe someone else has achieved the effect you were struggling with and now you learn from that example. This is exactly what happened for me. My fellow workshop members and I grew to care about the angry and physically aggressive 10-year-old girl in another workshop member’s story for the following reasons:

Initially, my novel was structured in such a way that readers didn’t see my main character interact with her friends. In other words, increasing the presence of people who liked her helped readers follow suit. All it took was adding friends who were funny and relatable to teen readers to like my character for her loyalty, sense of humor, and great ideas.

As they say, “Friends are people who know everything about you and like you anyway.”

Don’t hold anything back from your readers, and they just might find that your character feels like a friend. 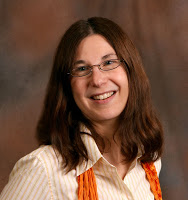 Lyn Miller-Lachmann is in her second semester in the MFA program in Writing for Children and Young Adults at Vermont College of Fine Arts.

She is the author of an adult novel, Dirt Cheap (Curbstone, 2006)(now back in print), and the award-winning YA/adult crossover Gringolandia (Curbstone/Northwestern University Press, 2009)(excerpt, trailer, teacher guide).

She also contributes reviews to the online Albany Times-Union, Readergirlz, and The Pirate Tree, a new blog about social justice and children’s literature.

If you have any questions about her post or the MFA program at Vermont College, you can contact her directly at lyml@mac.com.