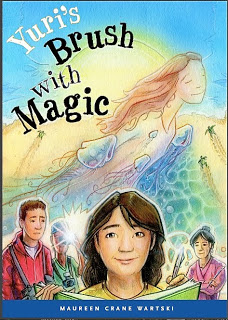 Is there such a thing as magic?

Not the sleight-of-hand, smoke-and-mirrors type of magic, but the real deal, the mysterious something that brings chills to the spine and a joyous shiver to the heart?

In me, you have the true believer, for magic is the cornerstone on which Yuri’s Brush With Magic (Sleepy Hollow, 2010) was written.

First, there is the magic of memories. While I was writing this book, memories crowded around me of my aunts–young then, beautiful and full of life–singing a song of old Japan or encouraging me to explore new ways to end a folktale.

Of course, it could have another ending. Why not? When you tell a story, you change it in some small way because you see it with different eyes….

Then there is the magic of words themselves. To me, words have been and always will be the most extraordinary things in the universe. From the time when I sat–an entranced five year old–listening to my uncle read from “Julius Caesar,” I understood the power of words.

With words, one could do anything. Create anything. And there were a million possibilities for combining words into stories.

The natural world is full of magic, too. Anyone who has seen a sunset must agree! When I walk the beach at Emerald Isle and see a new sea turtle nest site, I experience the same thrill that I felt when the idea for Yuri first popped into my brain. Sea turtles, which have been around for 200 million years, are pretty magical, too.

If there were a wand to wave so that these elements could come together, that would be tremendous. There is work instead. Nothing magical in that, I have often groused as I sat down to face a blank screen. We writers have all been in this place before—sitting with an outline, pages of notes, and a handful of unformed characters who must somehow be given definition and enough personality to carry the story.

In the case of Yuri, though, the work wasn’t too hard. I had only to close my eyes and remember. I had only to tell the story in my own words, let it become a part of me…and find the right words. I had only to let the song sung to me…oh, so long ago…fill my mind like sunshine, and the story wrote itself.

Perhaps that is magic, too. 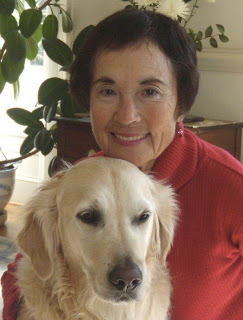 Maureen Crane Wartski was born in Ashiya, Japan, in a house by the sea. She has written many middle-grade and young adult novels, among them the award-winning A Boat to Nowhere (Penguin, 1981)(Bank Street College Award, 1980) and the critically acclaimed Candle in the Wind (Fawcett, 1995).

With themes of Japanese folklore, the power of nature, and the longing for home, Wartski’s newest offering for Yuri’s Brush with Magic (Sleepy Hollow, 2010), is a middle grade story about a young Japanese American girl whose sea turtle rescue work soothes fears about her mother’s recovery.

Wartski lives in Raleigh, North Carolina. Find her on Facebook or send a note to her blog.