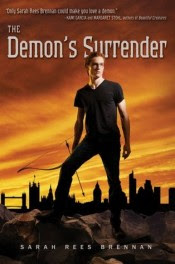 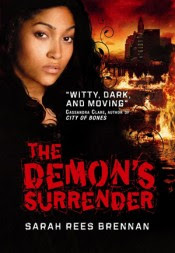 The World’s A Stage, Or Is It? by Sarah Rees Brennan from Diversity in YA. Peek: “…it is something I feel like writers should do: write what they want and feel called to write, and write about the world the way it is. Writers should give every story in them a voice and a time to speak.” Note: U.S. cover (left); U.K. cover (right).

The Pubbed Writer’s Seven Deadly Sins by Therese Walsh from Writer Unboxed. Peek: “…at least for most of us, is that each book presents with its own lessons and challenges. You’re still going to want to rip your hair out at times, and need another writer’s fresh eyes on your work, and decide on occasion that you’d much rather have been a banker.” Source: Elizabeth Scott.

Cynsational Author Tip: Be sure to mention the publisher and publication dates for each of your books on your author website. ISBNs also are helpful.

Four Ways to Get Your Family to Support Your Writing Career from Jody Hedlund. Peek: “We can’t let other activities crowd out scheduled work time or get to it only if nothing else is on the calendar. If we treat it like a hobby and drop it for our other interests, then our families will expect us to drop our writing for their activities.” 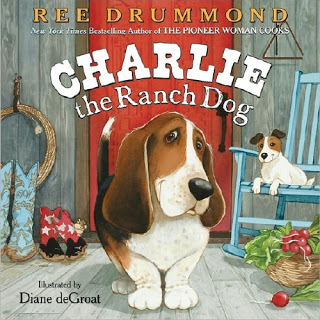 Illustrator Interview: Diane deGroat on Charlie the Ranch Dog from Jama Rattigan’s Alphabet Soup. Peek: “The editors felt it was too realistic and that the style should be more playful. I was given another chance. Eventually, I was able to fine tune Charlie until he became the character we see in the book.”

Wind in the Willows Sequel Due in 2012 by Sally Lodge from Publishers Weekly. Peek: “It was [Jacqueline] Kelly who lobbied to have fellow Austin, Tex., resident Clint G. Young illustrate her sequel. The author spotted samples of Young’s artwork at a local SCBWI conference and, she remarks, ‘I thought they were the most wonderful illustrations I’d seen in a long time.'”

A Writer and His Father and “A Barrier Between Us” from National Public Radio. Peek: “Walter Dean Myers grew up in Harlem, the son of a janitor. He became an author, writing young adult fiction that’s especially popular with teenage readers. But as he tells his son, Christopher, there was one person Myers always wanted his writing to impress: his dad.” 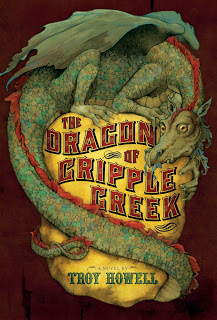 A More Theatrical Approach to the “Author” Reading at a Book Event by Troy Howell from Crowe’s Nest. Peek: “Since the story is first-person narration by Kat, it was natural that a girl read it. She dressed in character, which included a gold tooth and Denver Nuggets basketball cap. To nudge the listeners’ imaginations, I held up a mask I’d made as I read the parts of Ye.”

Reflecting Today’s World in Our GLBTQ Fiction by E.M. Kokie from E. Kristin Anderson at The Hate-Mongering Tart. Peek: “We as writers need to keep writing YA and MG novels with LGBTQ characters — including, but not limited to, coming out stories – but we need to do our research and make sure the stories we are telling accurately reflect the world today’s LGBTQ adolescents face.” Note: includes reading recommendations.

Interview with Susan Van Metre, vice president and publisher, Abrams Books for Young Readers/Amulet Books by Nancy Sondel from the Pacific Coast Children’s Writers Workshop. Peek: “Because we are a relatively new house, I would say we publish probably 40 percent debuts.” See also an interview with Joan Slattery, literary agent, Pippin Properties and an interview with adjunct/teen faculty Mandy Robbins Taylor, both also by Nancy. 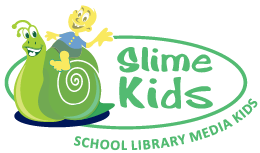 Slime Kids: “Packed with book trailers and educational games, School library media Kids is designed to provide an interactive online experience to help get students motivated to learn, to read, to think and to make choices. SlimeKids also showcases an array of exceptional literacy-related resources such as author and book review websites as well as superb learning tools including reference works and search engines.”

Listen to Your Gut: Tips on Avoiding Signing with the Wrong Agent by Stina Lindenblatt from QueryTracker.netBlog. Peek: “You need one who will be the best advocate for your project, and one who shares the same passion for it as you do.”

Creating Suspense to Strengthen the Narrative Arc by Darcy Pattison from Fiction Notes. Peek: “What happens in a story is conflict; without something bad happening you don’t have a story. Suspense is the reader’s worry about what will happen because of that conflict.” 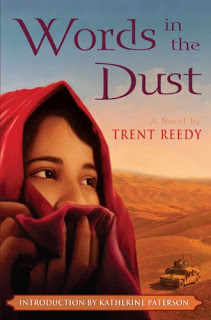 Words in the Dust by Trent Reedy: an interview from Uma Krishnaswami at Writing with a Broken Tusk. Peek: “Maybe boys and girls aren’t as different as some in the children’s literature community would have us believe. It seems to me that the struggle to capture a character’s voice is about understanding who that character is as a person, regardless of gender.”

First Steps: Introduction to Writing for Children: an eight-week online class taught by Debbie Dahl Edwardson from writers.com will begin July 5. Cost: $295. Peek: ” See also writers.com schedule in the sidebar. Peek: “This class is for those who have read children’s books as readers, parents or teachers, but have never tried to write one, those who want to write for children but are unfamiliar with children’s literature, those who are just beginning to work on stories for children, and those who have tried and are feeling stumped. We will discuss the variety of forms within this genre, and learn the basics of writing for young readers.”

Remember author Janet Nolan’s guest post on The Firehouse Light? Check out this video celebrating the 110th anniversary of the light (and look for Janet). 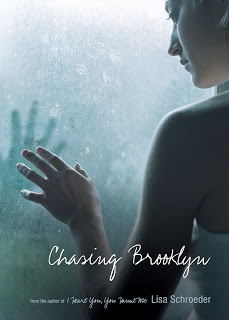 From the Romance Writers of America. Source: YA Fresh.

Check out: Authors & Illustrators Unite: “It Gets Better.” I’m honored to be part of this project.

The Emotion of Promotion by Grace Lin from Grace Notes. Peek: “The things that I do now feel more like sharing and thanking people who enjoy my books.” Check out the trailer for Grace’s Ling and Ting (Little, Brown) below.

Turkish language rights to Tantalize and Eternal have sold to Alfa Basim Yayim Dagitim in Istanbul, Turkey! Thanks to my new publisher and my literary agency, Curtis Brown, Ltd. of New York. Incidentally, the character Dr. Abraham Van Helsing (of Dracula by Bram Stoker (1897)) references Turkey as “Turkeyland” in the classic novel. Dracula is the inspiration book for the first four books in the Tantalize series.

U.S./Canada release dates! Diabolical, book four in the Tantalize series, will be published in January 2012, and the paperback edition of Blessed will be released on that same spring 2012 list from Candlewick Press in the United States and Canada.Note: Tantalize: Kieren’s Story, the graphic novel illustrated by Ming Doyle, will be available from Candlewick in August 2011.

Look for mention (and covers!) of the first three books in the Tantalize series in “School’s Out: Summer Reading for Your Young Charges” in the June 22 issue of This Week from Indian Country Today magazine.

Thank you to Bee Cave (TX) Public Library, my co-presenter Jennifer Ziegler, and everyone who turned out for last Saturday’s book-pizza party!

May I present an incredibly awesome present from YA reader Louisa in celebration of Tantalize (Candlewick, 2007, 2008)? She’s created her own version of the Sanguini’s menus. 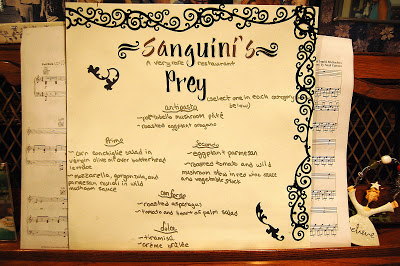 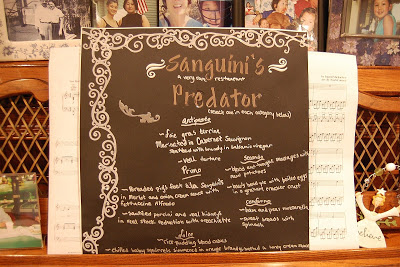 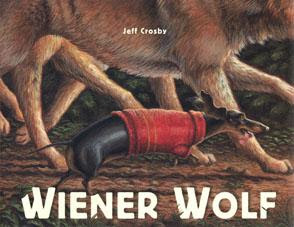 Jeff Crosby is launching Weiner Wolf (Hyperion, 2011) at 11:30 a.m. July 2 at BookPeople in Austin. Peek: “The Central Texas Dachshund Rescue will be here handing out information on how you can adopt a darling dachshund yourself – and will be bringing one of those wiener dogs for us to meet! We’ll have hot dogs to snack on, crafts to do, balloon animals, a costume contest, and cupcakes! Wiener Wolf, Granny, and a wolf might even make an appearance.” Don’t miss it! See also Jeff’s blog and learn more about him and the book from Mark G. Mitchell at How to Be a Children’s Book Illustrator. Here’s a quick promo video!

The Perils of Self-Publishing with Jerry Wermund: a program at 11 a.m. July 16 at BookPeople from Austin SCBWI. Peek: Jerry Wermund has bravely traveled down the self-publishing trail and will generously share his experience with us – the good, the bad, and his keys to success! In his presentation, Jerry will discuss visualizing your product and its place in the market, the advantages of owning total control of your product, the need to become an enterpreneur first and a writer second, as well as the stigma associated going the self-publishing route.

Jennifer Ziegler is hosting a launch party for Sass & Serendipity (Delacorte, 2011) at 2 p.m. July 23 at BookPeople in Austin.