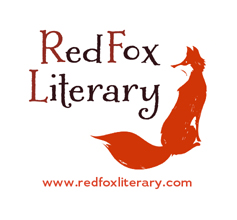 The agency will offer a dazzling array of talents from among its roster of clients, including New York Times and Time magazine Best Book winners and some of the most promising up-and-coming talents working in the field today.

They hope to reproduce the success of their first agent/editor collaboration from nearly a decade ago, Sarah Wilson and Chad Cameron‘s George Hogglesberry, Grade School Alien (Tricycle, 2004), which won the highly esteemed SCBWI Golden Kite Award. 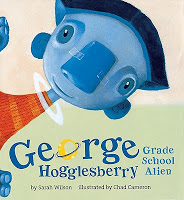 Grencik is thrilled about the new agency. “I love everything about agenting: corresponding with clients and editors; watching ideas and books come to life; having that first cup of coffee and opening up my emails to see what surprises are in store for the day.”

But what really drives Grencik are her authors. “I love them-they are my reason for getting up in the morning.”

Grencik will be representing authors writing for picture book, chapter book, middle grade, and young adult audiences. She’s currently looking for stories about real life and real people. “I love stories where character development is front and center. I’m all about the people.”

As the other half of the agency, Samoun will initially be focusing on the illustration division. “We have sixteen illustrators signed so far, most of whom I’ve worked with before as an editor,” she says. “They represent a wide range of styles-reflective and digital, figurative and stylized, humorous and whimsical, traditional and contemporary. Some of the illustrators have been in the business thirty years; some of them are just starting out.”

In understanding the market, Samoun states, “An author’s voice is important in helping carve out an identity in the publishing world, but there’s an illustrator equivalent of voice too-each of Red Fox Literary’s artists has a distinctive style and point of view. I’m very excited about the talent we’re bringing to editors and art directors.”

Redfoxliterary.com will have a key role in promoting the agency. Says Samoun, “As an editor, I conducted hundreds of hours of illustration searches. I know what it’s like to go from website to website, hour after hour, looking for the perfect match for a story. The websites I liked best presented the illustrators’ thumbnails right on the splash page, included lots of samples, and the option of making those samples nice and big. I really didn’t like having to squint at the screen, trying to determine whether something was done in colored pencil or watercolor. So when we created the Red Fox Literary portfolio page, our priority was making it as easy as possible for editors and art directors to review our talented illustrators’ work. They can even download a PDF of each artist’s portfolio to print out and take to meetings.”

The site will also include an author page, agency highlights, a blog, a shop selling the work of Red Fox illustrators, and a unique feature Samoun calls “Studio Tours.” “Working with an illustrator for the first time was always a bit daunting for me. Who was this person? How did they work? What had they done before? It was always a bit of a gamble. I wanted to find a way to make editors and art directors more comfortable about trying someone new.”

Samoun came up with the idea of creating short films of artists in their studios showing their work and discussing their inspirations and past projects. The site’s first Studio Tour highlights Princess Posey illustrator Stephanie Roth Sisson. In the five-minute film, Sisson discusses her early influences as a child growing up in Switzerland and shows sketches of a current book in progress.

“It’s great because it really gives you a sense of how Stephanie works and what she’s like as a person,” says Samoun. She eventually hopes to create studio tours for each of the Red Fox Literary artists.

When asked about her ultimate goal for the new agency, Grencik responds, “We want Red Fox Literary to become a respected agency that strives for the highest standards, both in terms of the quality of its clients’ work and its professional ethics. We want to provide authors with a fresh diving board from which to spring, and a safe home from which to do their best work.”

See also a Cynsations interview with Abigail from her days as an editor at Tricycle Press.