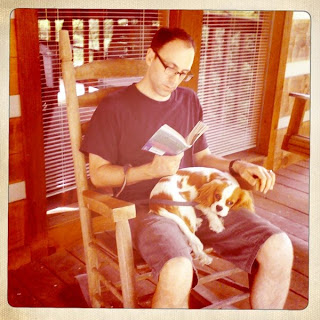 It has already been called by one taste-maker as the most “adult” book ever published as YA, and is certainly in the running for the darkest.

This is no fantasy; there are no zombies rising from the grave, none of the characters have special powers, and I do not blink when it comes to the reality of the casket: bodies decompose, producing a muck known as “coffin liquor,” and they stink.

This is not a book for the easily shaken.

The question I receive from time to time is, “Why do you write such dark YA fiction?”

It’s a prickly question, and often comes with an undertone of accusation, as if it is part of my plan to infect young minds with especially unsavory ideas.

Well, guess what? They’re right. It is my job to infect young minds with especially unsavory ideas. Just as it is someone else’s job to make them laugh at poop jokes, and someone else’s job to offer hunky archetypes that would be groan-worthy in real life but work just fine in paranormal romance.

But these job parameters only come into play when I am forced to answer this question.

I’m an editor at Booklist magazine; I know my youth fiction. For younger grades, reading level is a genuine concern for writers. For my books, though, I give it very little consideration. I will write what I write; the agents and editors will determine how it is sold and marketed; the right readers, I trust, will find it. 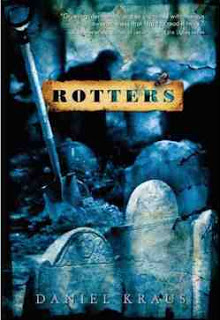 No one’s forcing anyone to pick up Rotters. (Although, from a sales perspective, that might be a worthwhile experiment.)

Sure, you’ll lose readers who find your story irredeemably smutty/horrific/ludicrous, but those readers who have been searching for someone who writes as if possessed will recognize you instantly as one who fears nothing but mediocrity.

It’s a much easier question to answer.

I write because I love it, and I want to pass that love on.

Turns out, it’s not about grave robbing or self-mutilation or necrophilia at all.

Who would’ve guessed it?

Daniel Kraus is a Chicago-based writer, editor, and filmmaker. He is the director of six feature films, including “Sheriff” (2006 season premiere of PBS’s Emmy-winning “Independent Lens”) and Musician (2007 New York Times Critics’ Pick). His novel The Monster Variations (Random House) was selected to New York Public Library’s “100 Best Stuff for Teens.” His second novel, Rotters, is now out from Random House.

This post was written and scheduled prior to the recent Wall Street Journal article and resulting #YASaves responses.

Read an excerpt of Rotters from Random House.

2 Replies to “Guest Post: Daniel Kraus on “Why Do You Write Such Dark YA Fiction?””