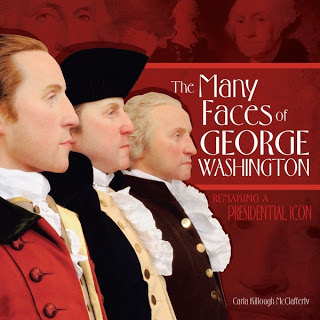 Did George Washington really look like the Gilbert Stuart portrait that appears on the one dollar bill?

My new book The Many Faces of George Washington: Remaking a Presidential Icon (Carolrhoda, 2011) tackles this question.

The leadership of Mount Vernon, Washington’s home, decided to create three historically accurate figures of George Washington to depict him at the ages of 19, 45 and 57.

To accomplish this, they gathered a team of experts in the fields of science, technology, art, and history to conduct a forensic study of the man. Only one thing that was off limits: George Washington’s bones.

After this, some of the world’s leading artists took over. They brought life and character to the painted wax heads. They inserted human hair at a time to make it look as if hair was growing out of his head. No detail was overlooked as the team created the three incredibly life-like figures. 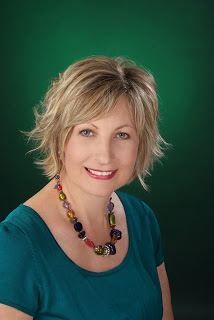 In The Many Faces of George Washington, half the book details how the figures were made, and the other half is a biography. The heart of the book comes from the biographical material.

As a biographer, I must connect with my subject on an emotional level. For some of the people I’ve written about, this connection came slowly as I studied their lives and read their letters. With George Washington, that connection came suddenly, unexpectedly-and in the dark.

When I decided to wanted to write this book, first I contacted Mount Vernon and received approval and blessings for the project. My next step was to arrange a visit Mount Vernon to see the figures for myself. To my complete surprise and delight, they told me I could stay on the grounds of Mount Vernon during my trip.

I’d been there for a couple of days when I decided I’d like to get up early to watch the sun rise. I got up while it was still dark and walked toward the mansion. I went around to the back of house that overlooks the Potomac River and sat down on the piazza. 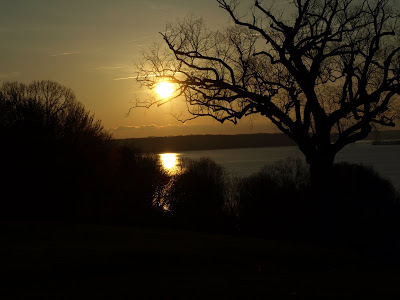 I wondered how many times George Washington had seen the sunrise from this exact spot. My emotional connection to the man happened suddenly at that moment. George Washington was no longer a distant historic figure to me; he was a real man who loved Mount Vernon more than any other place. And I was a guest at his home. 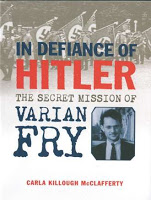 Carla is also the author of In Defiance of Hitler: The Secret Mission of Varian Fry (FSG, 2008), Something Out of Nothing: Marie Curie and Radium (FSG, 2006), The Head Bones Connected to the Neck Bone: The Weird, Wacky and Wonderful X-Ray (FSG, 2001), and Forgiving God: A Woman’s Struggle to Understand When God Answers No (Discovery House, 1995).

Download a PDF of the discussion guide for The Many Faces of George Washington.

See also Write Nonfiction for Kids? Break Out with a High Concept Idea: an interview with Carla Killough McClafferty by Darcy Pattison from Wow! Women on Writing. Peek: “A high-concept children’s book is one that takes a universal theme and puts a fresh, original, creative twist on it. It can be explained in a sentence or two and will leave you wanting to read the book; or in the case of writers, it may leave you wondering, ‘Why didn’t I think of that?'” Note: also touches on proposals and otherwise connecting with an editor/publisher.

2 Replies to “Guest Post: Carla Killough McClafferty on The Many Faces of George Washington”