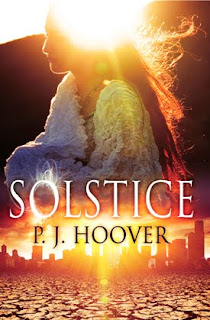 The life cycle of revisions has an evolution just like everything in the publishing world. An author writes a perfect story, and then it gets ripped apart and reordered on its path to publication.

Traditionally, the story is revised with the help of the author, a critique group, and an agent, and then the story is passed on to an editor. At that point, the author and an editor work together to get the manuscript to a state perfect for publication.

So what happens to the process when the editor no longer comes into the picture? How does the manuscript reach that final level of edits that brings it to publication level? And even more importantly, does this final level matter?

I’m thrilled to be represented by Laura Rennert who happens to be a rock star agent at the Andrea Brown Literary Agency. Laura and I first met at the Big Sur Children’s Writing Workshop three years back, and we signed shortly thereafter.

Aside from having her finger on the pulse of publishing, Laura is a fantastic editorial agent. With Solstice (Andrea Brown Literary, 2011) we worked through a minimum of six rounds of revisions. Yikes! At times, this felt like revision hell, and okay, it was revision hell, but now, in hindsight, I see so many improvements in all aspects of the manuscript: the romance, the character development, the world building, the dialogue. But perhaps what changed the most was the dystopic element of Solstice. It morphed into an entity I never imagined. 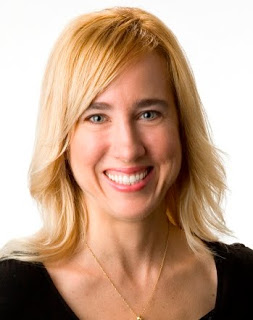 When I first wrote Solstice, the global warming crisis was more of an aside. Piper, the main character, lives in a world at least eighteen years in our future where global warming is destroying Earth. This was fine through many rounds of revisions, but when I started exploring this angle more, tons of possibilities surfaced.

The best thing is that I adored this angle, and I took it and ran. But without my agent’s feedback, I may never have delved into this potential.

Because she is thorough (and awesome), my agent also works with a reader (also awesome) who gives amazing and objective feedback. For Solstice, between Laura and her reader, my story evolved generations beyond the first draft.

But it didn’t stop there. Once revisions were completed, Solstice went through line edits, copyediting, proofreading, and then one more round of copyediting. I thought at times the
editing would never stop.

Does feedback hurt? Sure. Did I get some of those revision letters and cry to my writing group until I’d purged negative thoughts from my mind? Totally. (Okay, we laughed some, too; I admit it. But sometimes the revision notes were just funny.)

Does this level of quality matter for an ebook? Definitely! Ebooks are so easy to buy, and lots of authors now are recognizing their popularity.

As the author of a digital book, I feel like it’s my duty to make sure my work is top quality no matter what the format. And in the end, I have a story I’m super proud to share with the world. 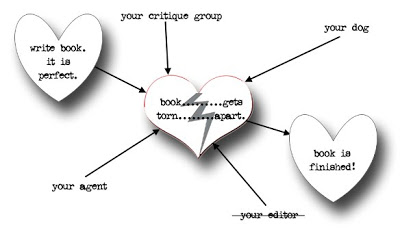 P. J. Hoover first fell in love with Greek mythology in sixth grade thanks to the book Mythology by Edith Hamilton (Penguin, 1942). After a fifteen year bout as an electrical engineer designing computer chips for a living, P. J. decided to take her own stab at mythology and started writing books for kids and teens. P. J. is also a member of The Texas Sweethearts and Scoundrels.

Her first novel for teens, Solstice, takes place in a Global Warming future and explores the parallel world of mythology beside our own. Her middle grade fantasy novels, The Emerald Tablet (2008), The Navel of the World (2009), and The Necropolis (2010) (CBAY), chronicle the adventures of a boy who discovers he’s part of two feuding worlds hidden beneath the sea.

8 Replies to “Guest Post: P. J. Hoover on When Your Agent is Your Editor”