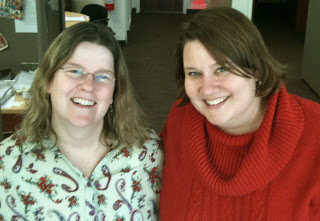 “I was living in New York when I took the job. So shortly after watching President Obama sworn in from a Manhattan bar (a thrilling experience), I packed up a U-Haul and drove through an ice storm to reach Chicagoland (also a thrilling experience, but not the good kind).

“Before that, I was the Marketing Director for the Children’s Book Council, and also worked at many other children’s book publishers, including Millbrook Press and Scholastic – nearly 20 years all together.”

What kind of young reader were you? What are the books that helped make you the book person you are today?

I think the best word would be – ravenous! I literally gobbled them up and moved on to the next…not always remembering all the details, of course. Nancy Drew (Grosset & Dunlap, 1930-) books were my faves (I still love a good series mystery).

When I was at the CBC, I read all the Newbery winners and discovered that The Witch of Blackbird Pond by Elizabeth George Speare (Houghton Mifflin, 1958) had been quite a transformative book for me – I just didn’t realize it at the time. Rereading it as an adult was quite an eye-opening experience.

I read Are You There God, It’s Me Margaret? (Atheneum, 1970) 30 times as a kid – a fact that resulted in a wonderful conversion with Judy Blume at an ALA conference a few years ago.

What inspired you to focus on marketing books for young readers?

And I think I took to marketing because it gives me a chance to participate in the entire publishing process – and work with everyone involved. From the authors and illustrators to the editors and art directors to the teachers, librarians, and booksellers who do the most important part – putting books into the hands of children.

Could you tell us about Albert Whitman? It’s an independent publisher, yes?

Yes, independently owned and operated since 1919 – and only the fourth owners! That makes for some great longevity in decision-making and really helps us look towards the long term. And being fairly small – about 60 book a year – allows us to focus our efforts at every level, editorial, art, marketing and sales.

FYI, Albert Whitman was also the founder of another company – formed before ours – that later became part of Western Publishing – the Golden Books people. There can be some confusion out there – but it’s always fun to explain. [See A Tale of Two Whitmans by Wendy from Boxcars, Books and a Blog.]

Have your marketing strategies changed during the recent economic downturn? If so, how and what is your rationale?

On the marketing front, our primary focus was increasing our visibility in the marketplace. We’ve here for over 90 years making really good books, but we’d become a little bit “lost in the mist.” People remembered us if they needed a book on asthma or diabetes, but didn’t remember that we did a lot more than that. We’ve been out there saying “Here We Are!” so we’ve done pretty well through the “Great Recession.”

Now that people know we’re here, the marketplace is really noticing what great books we have. 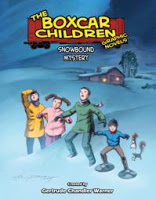 Well, over 90 years it’s changed numerous times! However, it’s really the changes over the last two years that are most interesting. We’ve also done good, solid books – especially books that were helpful to kids in very specific situations – asthma, adoption, etc. And the Boxcar Children, of course.

We’ve also always had some fiction and some great, fun picture books, but we’ve always been strictly K-6. Last year we launched Board Books, and in 2011, we’ll be launching a YA imprint. 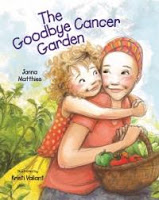 We’re still keeping to that “books that matter” mentality, but we’re also expanding what we mean by that. While some books are very specific – for instance, this spring’s The Goodbye Cancer Garden by Janna Mathies, illustrated by Kristi Valiant (Albert Whitman, 2011). It’s a beautiful picture book about a family dealing with Mom’s breast cancer. 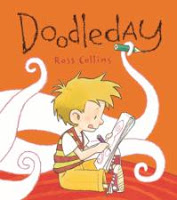 There’s also Doodleday by Ross Collins (Albert Whitman, May 2011) – which is just a fun story about out-of-control doodles wreaking havoc in the neighborhood, but isn’t that also about the importance of imagination and doodling, too? (By the way, we’re working with several other publishers on a big Doodle Day promotion for May 12, 2010. Turns out there is such a thing as Doodle Day sponsored by the National Fibromatosis Foundation.)

What new directions at the house should we know about?

We’ve really been growing our fiction list. 2010 marked a real focus on early chapter book with the launch of two series: The Buddy Files by Dori Hillestad Butler and Zapato Power by Jacqueline Jules (guest post). Both are doing very well, and The Buddy Files: The Case of the Lost Boy (Book 1)(Albert Whitman, 2010)(guest post) is on the Texas Bluebonnet Master List for 2011-2012.

We’ll be reissuing and repackaging some of our best middle-grade novels beginning in the fall, as well as that soon-to-announced young adult imprint.

We’re definitely looking for new fiction at all levels. 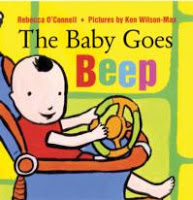 On the younger end, we plan to start publishing some board book originals. Up until now, all of our board books have been abbreviated editions of well-loved picture books, such as The Baby Goes Beep by Rebecca O’Connell, illustrated by Ken Wilson-Max (Albert Whitman, 2010). 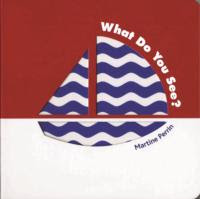 This spring marks our first board books created as board books, with What Do You See? and Look Who’s There! by Martine Perrin (Albert Whitman, May 2010). These are die-cut board books with amazingly graphic art. We’re now on the lookout for some great board book manuscripts. 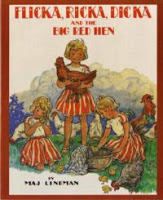 As for our core business – picture books – we’ll continue to look for and publish a wide-variety of books that kids will love – and sometimes need to help explain their world.

In the meantime, we’ll also be reissuing the classic Flicka, Dicka, Ricka titles by Maj Lindman, in deluxe editions.

Oh, and keep an eye out in 2012 for a relaunch of The Boxcar Children!

As a small publisher, we have the opportunity to publish some great books that (for whatever reason) are overlooked by the big guys. Books that have niche subjects or smaller audiences often find a good home with us, but we also have the flexibility to give an author or a series time to develop. And with the strength of The Boxcar Children, we have distribution capabilities not usually found in a small publisher.

Also, when an author or an illustrator or a librarian or a teacher or a bookseller has a marketing question or idea, they know exactly who to call, and I’ll even answer the phone!

I’m just one person and do the types of work that 20-plus people do at the larger houses, but I also have fewer books. I can look at the entire marketing picture.

Same thing in editorial, art, and sales. We can really own a book from start to finish. It’s fun!

Aside from all the wonderful Albert Whitman books? Well, I really haven’t finished by 2010 reading. As of this writing, it’s a week or so before ALA Midwinter and I’m feeling very far behind. I like to know all the books as they awards are announced.

Out of My Mind by Sharon Draper (Atheneum, 2010) had me crying in a public place, so that’s usually a good indicator. I also enjoyed Countdown by Deborah Wiles (Scholastic, 2010) and Scumble by Ingrid Law (Dial, 2010)(Savvy (Dial, 2008) was my favorite book of that year.) 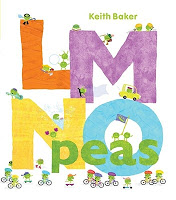 If you could go back in time and talk to your beginning marketing professional self, what would you tell her?

Well, I remember that first morning telling myself to “stand up straight, look people in the eyes, and smile.”

What would the current me tell that young woman?

“This is going to be better than you can ever imagine!”

Read! Well, I guess that’s not “outside of publishing,” but I do belong to two adult book clubs. I need to make sure I’m reading books for big people too.

I’m also very active in my synagogue. I’m just finishing up a stint as Co-Programming VP of the Sisterhood, and I’ve signed up for an Adult Bat Mitzvah class this spring. (Biting finger nails at the thought….)