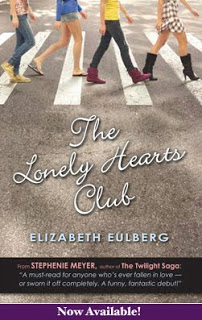 One of the first things I did when I got the offer from Scholastic to publish my debut novel The Lonely Hearts Club (Point, 2010, 2011) was to buy an URL.

As a publicist in the publishing business for over ten years, I knew how important it was for an author to have an online presence. But the amount of involvement authors need to have on social networking sites has increased even in the past two years. While it can take a lot of time (I sometimes joke that I have 2.5 jobs: publicist, author and the .5 is social networking), it is an extremely crucial step in promoting your books.

When I was growing up, I never dreamed of being able to talk to one of my favorite authors. Now, many authors are reachable via their website, Facebook, Twitter, etc.

Having this contact is especially important for authors of teen books. Teens and readers in their 20s live in a very digital age – they’re used having instant access to so much.

Having an outlet where they connect with an author might give them an extra incentive to continue to read that author’s work.

I launched my website about three months before my debut novel was released. I also coincided that with the launching of my Twitter and Facebook pages. I wanted to be sure that I had a website up for when bloggers received the ARC, so anybody reading their blogs could find me, read an excerpt from the novel, and learn more about me.

What I like about Twitter and Facebook is that it’s really easy to let your readers know about a new book or an interview you’ve done. I try to balance it so it isn’t always about promoting my books, but for them to get to know me a little bit better (like what concerts I’m going to, TV shows I’m enjoying). I’ve only been doing it for a little over a year, but I do find Twitter to be especially useful. 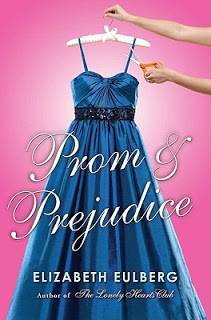 When we released the cover of my new book, Prom and Prejudice, the Twitter post not only got the most comments, but over 20 people re-Tweeted post, so the cover got even more exposure.

Besides social networking, the biggest change I’ve seen in the publicizing of books is the importance of book blogs and blog tours. Most of the time, these tours are the main component to marketing campaigns (especially with the decline of book sections in newspapers and magazines).

And while blog tours can be time consuming, being on someone else’s blog introduces you to book lovers who may have never come across your work. Most of the time the blog will link to your website or Twitter, which gets you additional traffic…and hopefully additional readers.

However, as I always say to teens when I speak at school, and this goes for authors as well, it’s extremely important to be very careful what you put online.

Once it is out there – it’s there for forever. I always take a second before I post anything to make sure this is something I’m comfortable having “out there.”

I also think it’s important for authors to protect their privacy and not give away too much personal information (for example, the location where they are having dinner that evening or where their kids go to school).

Also, social networking can take a lot of time so it’s important to set-up boundaries for yourself so you don’t get stretched too thin trying to keep up. I usually only respond to Facebook and author e-mails once a week.

My last piece of advice is about over-Tweeting or posting. If you’re always constantly saying something, people will start to ignore you, and then when you have something really important to say (like you have an upcoming event or new book out) it will blend in with all the other noise you’ve been creating.

So it’s best to stay balanced. I try to say something on Twitter once a day, but I’m not going to Tweet for the sake of Tweeting.

And with that, I’m going to take my own advice and know when to stop.