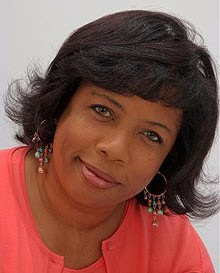 Crystal Allen is the first-time author of How Lamar’s Bad Prank Won A Bubba-Sized Trophy (Balzer & Bray/HarperCollins). From the promotional copy:

Thirteen-year-old Lamar Washington is the maddest, baddest most spectacular bowler ever at Striker’s Bowling Paradise. But when it comes to girls, he doesn’t have game—not like his older brother Xavier the Basketball Savior. And certainly not like his best friend “Spanish fly guy” Sergio.

So Lamar vows to spend the summer changing his image from dud to stud by finding a way to make money and snag a super fine Honey!

When a crafty teenage thug invites Lamar to use his bowling skills to hustle, he seizes the opportunity. As his judgment blurs, Lamar makes an irreversible error, damaging every relationship in his life.

Now, he must figure out how to mend those broken ties, no matter what it will cost him.

I’m so thankful for all of the people who gave advice, support, suggestions, comments and concerns to me as I wrote How Lamar’s Bad Prank Won A Bubba-Sized Trophy. In every season of my writing journey, there has been a group of people offering emotional and/or professional support for me. I’d like to mention some of those people and how they helped me.

Early on, I attended conferences and seminars. During those meetings, I was taken under the wings of a group of incredible women with more knowledge of the publishing business than I could ever imagine. (Bernette G. Ford, Christine Taylor-Butler, Eileen Robinson and Dara Sharif.) 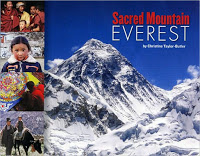 I met Christine Taylor-Butler at a Houston SCBWI conference. I had written a horrible story with nine main characters that I wholeheartedly believed was Newbery worthy. Christine was so friendly and willing to offer advice and friendship. Christine was my first real “writer-friend.” She introduced me to one of the conference speakers, Bernette G. Ford, who provided opportunities for me to hone my craft through written and verbal conversations. 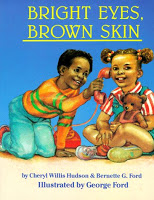 I attended a conference in Missouri were Eileen Robinson, creator of F1rst Pages, taught us the importance of opening lines and especially emphasized the fragment of time we have to capture an editor’s attention. Even after the conference, Eileen stayed in contact with me, answered questions, and encouraged me to stay in the race for publication.

I later met Dara Sharif during a workshop in Kansas City. She heard me read a poem I’d written and several months later, purchased it! That poem, “A Purple Hat For Mom,” was actually my homework for the workshop!

I remember just days before I got that email from Dara, I was down, believing that maybe I was never going to be successful in this business. I had actually contacted Dara about another piece I had written, hoping she’d give me a bit of advice. It was then that she spoke of the poem she heard me read in Kansas City and a day or so later, purchased it.

Dara continues to follow my progress, just like Bernette, Christine and Eileen. That’ s why I will always consider them the Winter and Spring of my writing community.

In 2008, during an SCBWI Conference, I joined a critique group made up of writers in my area. (Petula Workman, Carrie Garfield and Jenny Bailey.) My critique partners helped me revise my manuscript and prepare it for another huge workshop, the Big Sur Conference in California.

At the Big Sur Conference in California, author Neal Shusterman and editor Emma Dryden, encouraged me and, to this day, both continue their support of my writing endeavors through written and vocal conversation.

After the Big Sur Conference, three other conference attendees showed interest in starting an online critique group. (Juliet White, Petula Workman, Tim Kane.) They zoned in on the weak areas of my novel, made suggestions on how to make my novel stronger, and provided emotional support as I entered the submission process.

Even after my agent, Jen Rofe, sold my novel to Balzar & Bray, this critique group worked with me to tighten my story and work through my editor’s revisions. This critique group is strong, and I’m very grateful for them.

I think if I counted everyone who helped, it would be enough people to make a village. It did take a village to push me in the right direction. And I’m thankful to all of them. 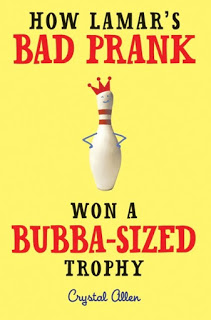 At first, I created Lamar for a ghostwriting opportunity where the request was for a multicultural group of children in a school environment. The publisher wanted the story to be humorous with the opportunity to make it a series.

I wasn’t completely focused on Lamar’s voice since there were three other characters in the story at the time. But a bowling alley seemed a natural common place for all of the characters to meet after school.

When I didn’t get the ghostwriting job, I continued to work with my characters but the writing felt forced. I was determined to write their story, but now, as I look back, the story I was writing was not theirs.

Then…while watching an episode of “C.S.I.” (If you’re a “C.S.I.” fan, Grishom was still in the cast) a young, African-American male popped up in my head, walked around my brain like he owned the place, and signaled for me to follow him.

Yes, I’m still staring at “C.S.I.,” but I had no idea what was happening on that show. Mentally, I followed him as he took me inside a bowling alley. I knew it was Lamar.

The scene inside the bowling alley was so vivid. Kids were bowling, eating at the snack bar, talking trash, playing video games, just all kinds of stuff you’d see in a place like that. I’ve bowled since I was very young, so this scene Lamar was showing to me brought back memories.

He was a smart aleck, a prankster, but was liked by everybody because of the confidence that seeped through his voice, his walk and his bowling.

I don’t even remember if “C.S.I.” was still on, but my eyeballs began to burn from the lack of blinking.

So, I dashed to the computer, closed my eyes, and listened. I typed what I heard, whether it made sense or not. And every day after that, I did that same exercise. Lamar’s voice banged so loud in my head that I actually began to take Advil.

Some days my husband would ask, “What’s wrong?”

I’m still not sure how my hubby felt about that.

I’ve never had a character beg for a story to be told like Lamar. All I did was listen.

I began watching Nickelodeon shows and eavesdropping on as many teenage conversations as I could, but none of the boys I heard seemed to mimic Lamar’s voice or give me clues about him.

So, that’s what I’d tell other authors to do. Listen to you character.

Sometimes it may feel like a daydream when it may be a character trying to push through your thoughts to get noticed. And if you think a character is trying to speak with you, find an episode of “C.S.I.,” space out, and let them walk around your brain like they own the place!