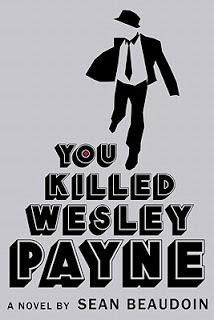 It started with Creature Double Feature. Every Saturday afternoon, my father smoking a cigar, feet up. Me lying on the carpet, chin resting on hands, a foot from the television.

Basketball practice was over, and it was time for four hours of blue flickering horror. Horror movies, that is.

Black lagoon, “Mothra” (1961), “Mighty Joe Young” (1949). Haunted hotels, séances, sacrifices. Gargoyles and witches. B-movie actors down on their luck, trying to bring a shred of craft to their aaarghs! and aaaahs!, warding off yet another prosthetic menace.

When I turned eleven, we graduated. Monsters were out. Basil Rathbone’s “Sherlock Holmes” (199-1946) was in. So was Errol Flynn’s “Captain Blood.”

This, in turn, led directly to noir. To smoldering cigarettes, doomed schemes, and sour final kisses. My father and I stripped down to our boxers and dove in.

I don’t think either of us ever came back up. In fact, my becoming a film major in college was no doubt a choice made as much by Fred McMurray and “Double Indemnity” (1944) than my own grades and creative inclinations. Even before I could drive, I was subconsciously dying to light something, anything—my greatest wish to shine massive Kliegs through a louvered window, cast Germanic slat-shadows across the face of a tight-lipped femme fatale.

At the dawn of Betamax and VHS, my father and I would drive into Manhattan–where the only video stores were at the time–and load up on obscure titles and third-rate directors, sit through choppy knock-offs and watery soliloquies.

I loved them all, especially the failures. I loved the effort. I loved the swing from cool detachment to sweaty desperation, deepest black to crisp grey. I’m a sucker for a hard-boiled line, a cleft chin, a pantyhosed gam. I am transported by a failed escape, suitcases full of loot broken open on the runway, dollar bills being sucked into the propeller and chopped into hammy metaphorical bits. 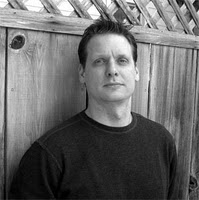 Many years later, when I began to write young adult fiction, my very first thought was “Noir City High! Sophomore femme fatales! Cafeteria gunsels! An entire campus on the take!”

It took a while for me to put that conception into a viable framework. But when I did, it all came out pretty easily, as if it had been gestating, nestled below my duodenum like Johnny Law’s bullet all along. Which, of course, it had.

You Killed Wesley Payne (Little, Brown, 2011) had been writing itself for years, the narrative bone-knitting taking place in my sleep. All that carpet-lying hadn’t gone for nothing. Or, maybe that’s for others to decide. But as to your reader’s unasked question about my inspiration for this novel, it couldn’t be clearer.