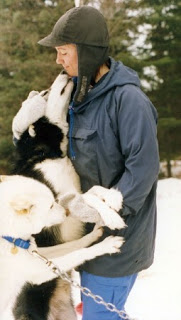 She’s an inventive but self-doubting musher who tackles blinding blizzards, wild animal attacks, puppy training, and flying poo missiles. All of her challenges though, seem easier than living up to the dogs’ trust in her abilities.

Rebecca runs her huskies along the crisp trails near Thunder Bay, Ontario, where northern lights flare and dangerous beavers lurk.

Through the bond she shares with the dogs, Rebecca learns that hard work, dedication and living in the moment bring their own rewards.

Who has been your most influential teacher and why?

Since I was ten, I have wanted to be an author. I read voraciously. My favourite class in school was English. I even wrote a really cheesy science fiction chapter book.

But, as it does, life happened, and before I knew it, I was almost forty and still hadn’t started on that author thing. I decided to enroll in an online writing course to kick-start me into writing again. Quality of Course based in Ottawa is where I met a wise and generous lady, Joyce White, who would be my tutor for the next three months.

When I started the course, I was set on writing my memoirs about my experiences working as a Park Ranger for twelve years. I also had a dog team for ten years, so I had many stories to share.

The course’s lesson plans began with writing articles for magazines. I researched the markets for outdoor and dog magazines, and wrote many articles as homework for the course. 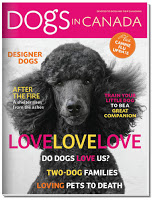 A few weeks into the course, I was shocked and delighted, checking my email, to find I’d sold my first two articles – on the same day! One of those articles was about a quirky lead dog of mine, entitled “Frozen Turd Wars” published in Dogs in Canada Magazine. I received fan mail from that article, and Joyce began to nudge me toward writing more about my dogs. She told me my passion for sled dogs shines through in the writing and makes it come alive.

I wrote one article for a children’s magazine about racing sled dogs. Joyce saw something there and suggested I should write for middle grade. It’s not something I’d considered before. I don’t have my own kids, and I don’t work with kids. But I do have two step daughters, and watching them develop certainly helps with my writing. Plus, the fact that I also act like a kid sometimes. By the end of the course, every one of my nonfiction articles had been sold to magazines, and a rough draft of my first novel, Dogsled Dreams, was complete.

I felt a little lost after I graduated without a tutor to look over my work. I didn’t believe in my own writing yet. But I revised, and revised again, joined Verla Kay’s Message Board for Children’s Writers and Illustrators, found a crit partner, and revised again. I sent it out to a few editors, but received only rejections.

After nine rejections, I took another look at it, and revised again. It sold to the next publisher I sent it to. One of the first people I emailed was Joyce, and she was almost as thrilled as I was. It felt so wonderful to share the news with her.

Now I have an agent, Caryn Wiseman of the Andrea Brown Literary Agency, and she gives perceptive suggestions that help make my writing richer.

I think great writing mentors are gold for a writer in any stage of their career. I’ve been very blessed with wise teachers to learn from.

As someone working with a publicist, how did you identify that person? Why did you decide to go with professional help? What steps are the two of you taking to raise awareness of your new release?

I heard about Curious City through my debut group the Elevensies. Kirsten Cappy joined us in a chat one evening, and I was impressed with her free advice for promoting our books as well as our group. Kirsten asks a potential client to send the book for her to read, and then does a free half hour phone consultation to discuss specific ideas suited to that book. At the end, a client may decide to hire her, or just pay for her ideas if you want to use them.

During our call, she tossed out a few ideas that I liked. But mostly, I was sold on her comment, “just call if you want to bounce ideas off me.”

I hired her with the plan to just do one of her ideas – a librarian giveaway of my book on the librarian listserv. I had no idea what a school librarian listserv was. But considering there are 14,000 potential librarian book buyers on it, I thought it sounded like a good idea.

As the release date loomed closer, that one task turned into many more. I started feeling overwhelmed with things to do, and passing them on to Kirsten was very welcome. Not only did she take some tasks off my plate, but she listened whenever I had a meltdown, gave free advice and suggestions whenever I had an idea, and basically helped me feel like I was not alone. There was someone else who knew my book, knew the market and what specific ways to get to that market. 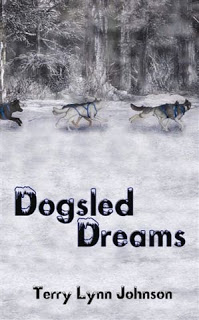 Kirsten came up with two inspired ideas that she eventually talked me into doing, and I’m so glad.

First, she designed and printed a four-page booklet with all book information, reviews, and first chapter. It’s a very clever and inexpensive way to create interest in the book, without sending the actual book to book sellers. I also have something to bring with me to dogsled races to hand out to fans and mushers. As well, I was able to send them to other dogsled races for distribution.

Her second inspired idea – a junior musher video contest to be held on my website. Junior mushers could submit their video outlining their own “dogsled dreams” and visitors to the site could vote on the best video. This created interest in the book, brought traffic to my website, created dogsledding video content, and provided a solid connect between my book and real life junior mushers. I never would have come up with something so brilliant on my own, never mind have the time or expertise to pull it off.

Here is a list of what Kirsten Cappy of Curious City did for me and Dogsled Dreams:

1. Sent out ARCs to a few of her contacts and got two awesome reviews for Dogsled Dreams from a librarian as well as a famous musher and author.

2. Wrote a press release and distributed.