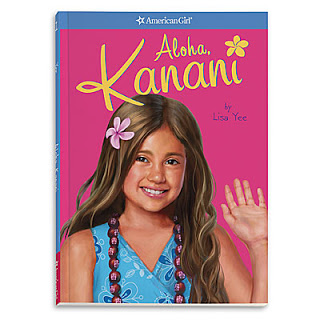 By Lisa Yee, author of the American Girl Doll of the Year 2011 Books

It started with a phone call from American Girl editor Jennifer Hirsch. “Would you consider writing the American Girl ‘2011 Girl of the Year’ books?” she asked. “Most likely they will be set in Hawaii.”

It took me less than a nanosecond to say “yes.”

I worked with Jennifer on the American Girl historical novel Good Luck, Ivy (2007), so I welcomed the opportunity to write for them again.

As I always do when starting a novel, I began with character. The girl would be about ten years old and embody the “aloha spirit.” I had been to Hawaii many times, and was always taken by the friendliness and generosity of everyone I met. Many of my Hawaiian friends are “hapa”—that is, a mixture of white and Asian.

My own kids are hapa, so I decided that Kanani would be, too. And when trying to create Kanani’s family, I thought it would be cool if they had a family business that had been handed down though the generations. I’ve always loved shave ice and have a huge sweet tooth, so that’s how Akina’s Shave Ice and Sweet Treats came about.

However, there was much more to Kanani than that. Family and friends are important to her, and I wondered how she would react if her relationships were tested.

So I for Aloha, Kanani, I created a New York cousin who is not at all the person Kanani was expecting. 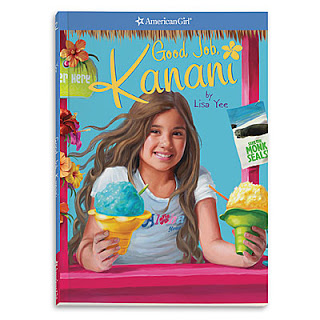 And in Good Job, Kanani, a series of misunderstandings come between Kanani and her best friend, and Kanani finds new friendships in unexpected places.

I knew from the start that at the heart of both stories would be an animal—but which one? Dolphins? Turtles? Whales? Nene birds?

Finally I decided on the endangered Hawaiian monk seal. Research led me to Kaua’i where many of the only 1,200 existing monk seals live, and it became clear that that’s where Kanani’s home would be.

As part of my research, I was sent to Hawaii for a week. (Squeeeeeeee!!!!)

You can read about that, and even see photos of me learning to surf and paddleboard like Kanani, on my blog. Because Kanani and her friends surf, I took surfing lessons. Kanani loves to snorkel and paddleboard, so I learned to do that, too. And since the Akina family owns a shave ice and sweet treat shop, I felt it necessary to eat up to six shave ice per day, and stop at every bakery and candy shop I saw. (Yes, I am that dedicated.)

But the most moving experience took place on my last day on Kaua’i. I was heading to the airport when one of the Kaua’i Monk Seal Watch volunteers called me to tell me that a monk seal had been spotted. I wasn’t sure if I should continue to the airport or see the monk seal and risk missing my plane.

I turned the car around and headed to the beach. This was a once-in-a-lifetime sighting for me. I cannot begin to describe the feelings that washed over me when I saw an the endangered Hawaiian monk seal hauled out on the sand. In Kanani’s books, she doesn’t just talk about helping save the seals, she does something about it.

I hope that girls, no matter where they live, will be inspired by Kanani and her aloha spirit.