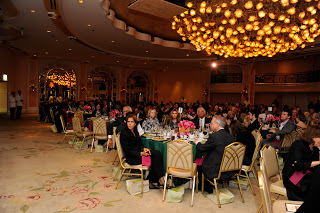 Could you tell us about your professional background? What led you to PEN Center USA?

I graduated from Pitzer College in 2009 with a B.A. in Art History and English with a concentration in creative writing. I have always been interested in pursuing a career in the literary community, and so after graduating from college, I began my work at PEN Center USA as a summer intern through the Los Angeles County Arts Commission internship program.

Currently, I am the Program Manager for Membership and Development, and I also coordinate the annual PEN USA Literary Awards contest.

Could you give us some insight into the history of the organization?

PEN Center USA, one of two PEN centers in the United States and the third largest in the world, was founded in 1943 and incorporated as a nonprofit association in 1981.

PEN Center USA’s membership of more than 800 writers includes poets, playwrights, essayists, novelists (for the original letters in the acronym, “PEN”), as well as television and screenwriters, critics, historians, editors, journalists, and translators.

PEN Center USA strives to protect the rights of writers around the world, to stimulate interest in the written word, and to foster a vital literary community among the diverse writers living in the western United States.

The organization, therefore, has two distinct yet complementary aims: one fundamentally literary and the other having a freedom of expression mandate. Among PEN Center USA’s various activities are public literary events, a mentorship project, literary awards and international human rights campaigns on behalf of writers who are censored or imprisoned.

Could you briefly highlight those programs of special interest to children’s-YA writers and youth literature enthusiasts?

One of PEN Center USA’s most successful and wide-reaching programs is PEN in the Classroom (PITC). Since 1995, PITC has helped thousands of Southern California high school students discover the power of their unique voices by sending professional writers into their classrooms for creative writing residencies. PITC residencies emphasize the importance of language and the transcendent quality of words, while cultivating the tools young writers inherently possess. Each residency concludes with the publication of a student anthology.

Students also have the opportunity to participate in public readings and submit to our annual PEN in the Classroom Literary Contest. Response to the program has been overwhelmingly positive, with teachers, students, and writers alike expressing unequivocal support.

PEN Center USA also produces many literary events over the course of the year, including panels, readings, salons, and writers’ toolbox events.

Likewise, could you fill us in on your award program as related to children’s-YA books and authors? 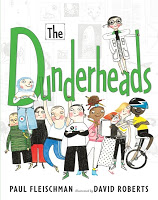 Each fall, PEN USA calls for submissions of work produced or published in that calendar year by writers living west of the Mississippi River. Entries in the ten categories are reviewed and judged by panels of distinguished writers, critics and editors. Winners are announced in late summer. Each winner receives a $1,000 cash prize and an invitation to the annual Literary Awards Festival in Los Angeles.

The Literary Awards Festival includes a dinner, the presentation of the literary awards and honoree awards, and a silent auction or raffle. This gala is the only one of its scope on the West Coast and is attended by more than 500 prominent members of the literary community.

Past recipients of the Award of Honor and Lifetime Achievement Award include: Ray Bradbury, Betty Friedan, Gore Vidal, Carolyn See, and Billy Wilder.

The evening concludes with the presentation of the prestigious Freedom to Write Award, given to men and women who have produced exceptional work in the face of extreme adversity, who have been punished for exercising their freedom of expression, or who have fought against censorship and defended the right to publish freely.

Who are your members? What are the benefits of membership?

All members share a commitment to the betterment of the literary community and advocacy of the freedom of expression both internationally and domestically. The annual dues of membership, which vary by type, provide significant financial support that allows our members to carry out the work of PEN Center USA. Additionally, they grant a crucial endorsement that gives our center the authority to advocate on behalf of all writers, wherever they are imperiled.

While the rewards of PEN Center USA membership start with the knowledge that you are helping to free imprisoned writers around the world and to defend the First Amendment, your writing career also directly benefits from your PEN USA membership.

Benefits vary by type but can include a listing in, and a copy of our Membership directory (a great source for networking and developing professional relationships in the literary community); an online subscription to EPEN, the biweekly electronic newsletter for PEN Center USA; pre-approved access to CIGNA medical insurance if you live in eligible states; invitations to PEN Center USA events as well as discounted ticket prices to select literary events, workshops, and functions; and participation in PEN Center USA’s Freedom to Write network, which works to free imprisoned writers throughout the world via petitions and letter-writing campaigns.

What’s the latest news at PEN?

PEN Center USA recently put on an event with the University of California Press and the Hammer Museum to celebrate the publication of Mark Twain’s Autobiography, one hundred years after his death.

PEN Center USA is also in its 15th year for the Emerging Voices Fellowship. Emerging Voices is a literary fellowship program that aims to provide new writers, who lack access, with the tools they will need to launch a professional writing career. Over the course of the year, each Emerging Voices fellow participates in: a professional mentorship; hosted Q & A evenings with prominent local authors; a series of Master classes focused on genre; and two public readings. The fellowship includes a $1,000 stipend and is the only program of its scope in the United States.

We also recently introduced a new program, The Mark, which is a rigorous manuscript finishing program for Emerging Voices alumni.

The best way to find out more of the latest news at PEN Center USA is to subscribe to the biweekly electronic newsletter, EPEN. You can sign up on the PEN Center USA’s website homepage, www.penusa.org, or email pen@penusa.org for more information.

What can we look forward to from PEN in the future?

More great events and one-of-a-kind programing! PEN Center USA will be releasing the call for submissions for the 2012 PEN USA Literary Awards in May, so check the website then for more details.

You can also keep up with PEN Center USA on Twitter, Facebook, and online at www.penusa.org. And as I mentioned before, don’t be shy about signing up for EPEN, it’s the best way to stay up to date on what’s going on at PEN Center USA.