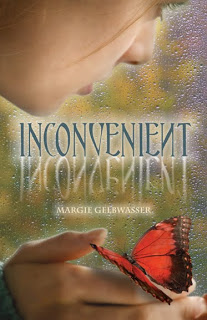 Margie Gelbwasser is the first-time author of Inconvenient (Flux, 2010). From the promotional copy:

Welcome to Glenfair, New Jersey’s Little Moscow, where fifteen-year-old Alyssa Bondar lives with her Russian-born, Jewish parents. In their culture, drinking is as traditional as blinchiki and piroshki. So when her mom starts having bad days, it seems like Alyssa’s the only one who notices-or cares.

Alyssa would love to focus on regular stuff like her first kiss with Keith, her cute running partner-or simply come home without dread of what she might find.

But someone has to clean up her mom’s mess. Her dad is steeped in work, the evening news, and denial. Her best friend Lana is busy-shamelessly vying for a place with the popular crowd who ridicule their Russian heritage.

It’s up to Alyssa to save her mom-and her family. But who will be there to catch Alyssa when her mom’s next fall off the wagon drags her down, too?

I have a hard time picking one because there are two distinct workshops—both in high school—that played into “ah-ha!” moments, and they served their purpose in different ways.

The first one happened when I was a sophomore. New Jersey has this festival called The Geraldine R. Dodge Poetry Festival that brings in students from all over the United States for the high school day of this event. There, students take workshops with established writers and are encouraged to share their work as well. This experience was amazing.

At fifteen, I dabbled in short stories but mainly worked on poetry (in true teenage angst style). To sit in a tent with other writers and be treated by the moderator as a real writer, not some kid who has a cute little dream was inspiring.

That day was all about seeing the writing world as we imagine it should be: walking among brooks and nature and stone bridges, writing in Emersonian fashion, just us and the world around us. Seeing so many people who wrote for a living and realizing they were just people, not larger than life icons, made me see my dream was possible too.

A year after the poetry festival, late into my junior year, life started to get crazy. I was getting stressed out with SATs, college applications, AP classes. There was a boy and a misunderstanding, and I lost my closest friends and the boy, who was one of my best friends at the time. I was in the mid stages of an eating disorder that everyone, including me, thought was just really good dieting, willpower, and strength, and I became really sad (years later, I would realize this was my first bout with depression). I went to classes in a haze, tried not to cry, avoided my old lunch spot that was now filled with ex-friends, and waited for summer vacation—when the avoidance game would be much easier.

Then my guidance counselor told me about this writing program for high school students in Susquehanna University in Pennsylvania. Writing! In a town over three hours away, away from everything Jersey! I sent in my application, got in, and “Summer in Pennsylvania” became my new survival mantra.

We wrote and workshopped daily, listened to professional writers, and spent time with others who were like us. Whether a hobby or more, everyone’s experiences inspired me. I wrote about what I went through that year, cloaked in fiction. Not until I was done did I realize some of the stories were about me. I was changed when I returned home, but the days still stretched.

When school started in September, it was easy to get dragged under surf again. I thought of summer, called the new friends I met, and wrote, wrote, wrote.

When all else failed, the writing saved me. And that’s the first time, I saw it as something more than career path or hobby. I saw it as a lifeline.

As someone who’s the primary caregiver of children, how do you manage to also carve out time to write and build a publishing career? What advice do you have for other writers trying to do the same? [Photo of Margie by Samuel Peltz.] 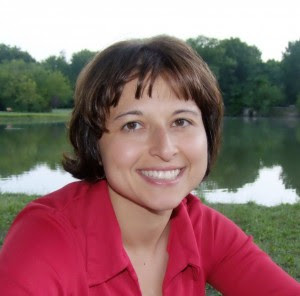 I’m currently working on my second YA novel due in November. I plan to finish in the next two weeks and give the first draft to my primary readers for critique so I can revise before handing it in to my editor.

To be honest, I’m a little freaked about the whole process.

“Why?” asked a friend. “Just remember how you revised Inconvenient.”

Good point. Only problem? That whole time period is a huge blur to me.

I finished first revisions at eight months pregnant and got my agent shortly thereafter. By the time I got my agent’s revision letter, I had a newborn. Those first months were a haze. I spent my days and nights nursing, walking around with my infant who wouldn’t sleep in his crib, nursing while walking around, eating if I remembered, and watching DVR’d episodes of “The O.C.” and “Gilmore Girls” that I missed the first time they were on.

I also revised. Can’t tell you how. I remember cradling my infant son with one arm and typing on my laptop with the other but can’t recall a scene. Obviously, I finished and all worked out.

But to use any technique from back then? Nope, won’t happen. And, ironically, as he grew older, I had less time to write.

He’s now three and doesn’t nap so I don’t have blocks of time where I can sit and pound out pages. But, he’s okay with staying with a sitter, so I get one once a week and use the time to do writing-related things. He’s also in school three mornings a week, which helps immensely. 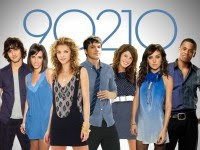 I also started utilizing my nights better. Yes, what I really want to do after a day of cleaning and chasing and playing with my three-year-old, is to regroup and veg on the couch and watch “Degrassi” and “90210,” but I make myself write for at least an hour instead (full disclosure: sometimes I given in to the veg option). I also bribe my hubby for weekend writing time. I make a great baked ziti so I figure we’re even.

There’s no magic formula for writing with kids, but it is a learning process. It’s finding the time when you can. It’s prioritizing. It’s sneaking in a page while your toddler is watching “Calliou” or carrying a notepad to jot down ideas while he plays in the sandbox.

And it’s also just giving yourself a break, letting yourself make up the writing time another day, and allowing yourself to enjoy the time you have with your child because you can’t DVR it.

Inconvenient has been named a 2011 Notable Book for Teens by the Sydney Taylor Book Award program. Check out the Inconvenient facebook page and read the first two chapters.