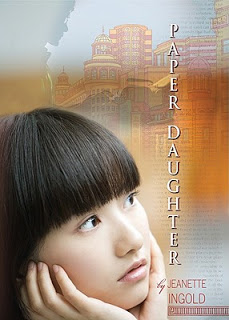 Not all wishes come true. I’m never going to sing on pitch or get another go at being eighteen.

However, writing historical fiction brings me pretty close to traveling across time. As impossible wishes go, one for three’s not bad.

Actually, what I really enjoy is working a story from both ends—taking a contemporary story and going backward to find its roots, while simultaneously beginning with the past and asking the What if? question on the slant. What might have happened?

Answering that is a research project. I have to know what did happen in the past and find ways to put it on paper, building it into plot, character, and setting. It’s work that’s fun, and the hardest part can be knowing when to quit.

I don’t always—-I’ve got boxes full of stuff I may never use—-but I have figured out a few approaches to efficiently get what I need for the current book and perhaps for another down the line.

Here’s what I tell myself.

I read all the first-hand accounts I can find—journals, old letters and postcards, memoirs. I want individual stories, and I need to hear how they’re told. The sound of a particular time and the way people talked. I look for expressions and twists of syntax that can give an authentic flavor to dialog.

I was at a National Archives regional depository reading New Deal materials I needed for Hitch (Harcourt, 2005) when a wonderful archivist offered to show me around.

I saw long shelves of files from the Exclusion Era, when legal immigration of Chinese laborers was virtually shut down and an underground of assumed identities flourished. I had my next book, Paper Daughter (Harcourt, 2010).

One of the first things I learned researching The Big Burn (Graphia, 2003) was that close to a hundred people died when wildfires blew up in August 1910. The edition of the Wallace, Idaho, newspaper published that week told me that for the residents there, then, the reality wasn’t a hundred dead. It was four hundred men missing.

Studying the Civilian Conservation Corps of the 1930s, I read many accounts of the where’s and why’s that led young guys to sign up. The details varied widely, but the truth behind many was that the $25 sent home from a $30 monthly paycheck made the difference between younger siblings going hungry and being fed.

I seek out people with firsthand or family experience living the events of my characters’ lives. And I’m always grateful that once people come to trust that I’ll do my best to tell their stories honestly and with respect, most are incredibly generous in sharing what they know.

5) Close the laptop, get off the bed, grab the camera and notepad, and hit the road.

I’m not dissing the Internet or pretending I don’t like having a job that lets me stay in my PJs well into the morning. But I’ve found that a computer screen is no substitute for walking the land my characters would have walked, or for standing in the space where their real counterparts once stood.

Being there takes me beyond the visual and lets me experience the sensory details that would have been constants over the years.

And occasionally, when I’m really, really lucky, I get that writer’s bonus of feeling that I’m living for a few moments in another time, when I might actually see one of my characters come walking toward me.

The Write Question with Jeanette Ingold: an audio interview from Montana Public Radio.

From the author bio: “Ingold was born in New York to a family of Texans and grew up knowing both Dallas and Long Island, where she was raised. She and her husband, Kurt, lived in Delaware, Kansas, Texas, and Washington State before settling in Montana to raise their two children.” Paper Daughter is her seventh novel.