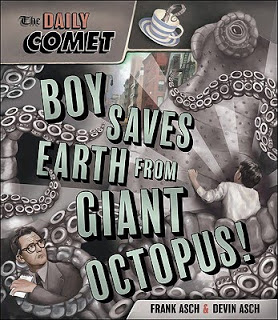 They caught my eye in the checkout line at the grocery store. There they were, right next to the chewing gum and chocolate bars.

I was never addicted. But sometimes I would take one home to finish a particularly outrageous story. They were always the same. Always sublimely ridiculous.

Who writes this stuff? I wondered. What imaginations they have!

I loved the far out quality of the ideas they came up with.

These guys are geniuses, I thought.

Then one day in a grocery store checkout I started chatting with the woman ahead of me in line. She didn’t say it in so many words, but I got the definite feeling that she actually believed the far-out stories that were so totally and obviously unbelievable to me.

Incredible, I thought. Some people actually believe this stuff! I guess it just showed my naiveté.

We definitely live in an upside-down world where truth is up for grabs, and fantasy and facts commingle in the corporate-media soup that gets served up to us daily.

It was just too juicy a topic not to write about, especially for kids who have such a deep and primal love of fantasy. And at the same time are often such staunch realists. I find it hard to believe no one beat me to it.

I was also excited by the graphic possibilities. Tabloids have a unique look. They are a visual world unto themselves.

The earlier versions of The Daily Comet: Boy Saves Earth from Giant Octopus! illustrated by Devin Asch (Kids Can, 2010) were even more tabloid like in their appearance.

This is the third story of mine that my son, Devin, has illustrated. He uses Photoshop and Painter on a mac. We started out working as a team many years ago when he was a teenager (he’s 31 now). 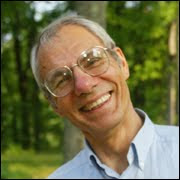 At first, when I was just learning to use the computer as an illustrating tool, his help was mostly technical. Some of what we did started out as pen and ink and was scanned into the computer. Now he does everything digitally from scratch.

I used to write the story and provided the concept and “look” for the illustrations. Now I just write the story and he does the rest. The look of the book, from layout to finishing touches all comes from him. So, I can just sit back and write another story.

From Kids Can: Frank Asch was born and raised in rural New Jersey. His earliest interests were in science, specifically physics and astronomy, yet by the time he entered college he was determined to pursue a career in the Arts. Even before graduating from The Cooper Union with a degree in Fine Art, he published his first children’s book, George’s Store (McGraw-Hill) in 1968. Since then he has written over 70 children’s books. He has traveled widely, married and raised a son who has also pursued writing and illustrating as a career. Frank currently divides his time between Vermont and Hawaii.

In the video below, Frank reads Barnyard Lullaby (Aladdin, 2001). From the promotional copy: “It’s bedtime and the barnyard animals are singing their babies to sleep. The farmer hears their song quite differently, however. How will he ever get to sleep?”